Prince Harry is the full package! He's smart, funny, handsome and just so happens to be the fifth in line to the British throne. So it's no wonder that the scruffy royal is one of the world's most eligible bachelors — and has romanced some of the most impressive women on the planet. From an American actress to British blue bloods, no one is off limits when it comes to Wonderwall.com's favorite member of the royal family. Keep reading to take a look back at the bevy of beauties hunky Harry has wooed over the years…

Back in 2004, Prince Harry got close with Lauren Pope during a boozy night out at a London nightclub. In 2012, the British beauty, who went on to become a reality TV star in the U.K., claimed that hackers ruined her chances with the young royal by hacking her phone and leaking information about their relationship to the press, which caused Harry to grow distant. "I know now that details about me and Harry were published because of phone hacking. I know for sure because police told me," the longtime star of "The Only Way Is Essex" told the Daily Star Sunday.

The same night Prince Harry connected with Lauren Pope at a London nightclub back in 2004, he also reportedly got cozy with model Cassie Sumner — just moments after the future reality TV star left the venue.

RELATED: The definitive list of all the shows and movies to see this summer

Prince Harry and Zimbabwean Chelsy Davy first connected in 2004. The off-and-on pair briefly split in 2007 and 2009 and had a major breakup in mid-2010 but have been linked several times since then: in 2011 when she attended Prince William and Duchess Kate's wedding, again in 2012 and most recently in 2015, when Us Weekly reported that the royal intended to propose to the blonde lawyer.

Prince Harry was linked to British television presenter and reporter Natalie Pinkham in 2006 when a U.K. tabloid published a picture of the young royal groping her breasts while planting a kiss on her cheek — a personal photo that'd been taken in 2003 and stolen from her home.

"The Real Housewives of D.C." alum Catherine Ommanney claimed in 2006 that she made out with Prince Harry during a night out on the town when she was 35 and he was just 21 years old. "We had a great time and a fun evening," she told Britain's Mail on Sunday. "We started talking and that was it for the rest of the evening. I was quite taken aback by him!"

In 2009, Prince Harry reportedly romanced hard-partying publicist Astrid Harbord during a break from his relationship with Chelsy Davy.

Prince Harry and Natalie Imbruglia were linked in 2009 after they were spotted out together several times, but the Australian singer-actress has denied that they were ever anything more than friends.

Prince Harry and Caroline Flack were introduced by a mutual friend in 2009. But their relationship proved to be short-lived: "Once the story got out, that was it. We had to stop seeing each other," the English presenter and "The X Factor" hostess wrote of their affair in her 2015 memoir. "I was no longer Caroline Flack, TV presenter; I was Caroline Flack, Prince Harry's bit of rough." In 2011, she also dated another famous Harry — One Direction star Harry Styles — who was just 17 at the time.

In October 2010, Prince Harry reportedly hooked up with Eddie The Gun frontwoman Camilla Romestrand (pictured). That same month, he was also linked to a British publicist named Gemma Wilkinson.

In March 2012, Prince Harry reportedly hooked up with Brazilian style blogger Helena Bordon, the daughter of Vogue Brazil's style director, during a visit to Rio de Janeiro. She went on to wed an analyst for Goldman Sachs.

Prince Harry and The Saturdays singer Mollie King were linked in April 2012, but a source close to the royal shot down the romance rumors to Us Weekly: "They're friends and there's nothing romantic going on, although I'm pretty sure she'd like there to be," claimed the source. "They have a lot of mutual friends and they go to the same places."

Prince Harry and model-socialite Cressida Bonas were first seen together in July 2012. Their romance cooled after just a month due to his Las Vegas nude photo scandal, but they reunited in early 2013. It wasn't mean to be though: They broke up again in April 2014 — only to briefly reconcile a few months later. She went on to book roles in the 2017 horror film "The Bye Bye Man" and in the 2017 romantic drama "Tulip Fever."

On May 3, 2014, during a break in his relationship with Cressida Bonas, Prince Harry reportedly hooked up with an American socialite at a wedding in Memphis, Tennessee. According to Us Weekly, the mystery blonde hailed from the Philadelphia area and was friends with the bride, Holiday Inn heiress Lizzy Wilson.

Prince Harry was first seen smooching former Miss Edinburgh Camilla Thurlow, who works for a British nonprofit and is rarely photographed, in July 2014. They reportedly vacationed together the following month before calling it quits.

In February 2015, Women's Day reported that Prince Harry and Emma Watson had started dating following her breakup from rugby player Matthew Janney in late 2014. But the erstwhile Hermione Granger took to Twitter to sing a different tune once the rumors took off: "WORLD ♥ Remember that little talk we had about not believing everything written in the media?!" she tweeted on Feb. 22, 2015.

Prince Harry and "Doctor Who" star Jenna Coleman were linked in mid-2015 after they were seen flirting at an Audi polo match afterparty on May 31. The royal and the English actress were spotted together again the following month. Interestingly enough, she plays his great-great-great-great-grandmother, Queen Victoria, on the 2017 PBS series "Victoria."

In early 2016, a rumor surfaced that Prince Harry and Princess Maria-Olympia of Greece were an item. But palace sources quickly debunked the report that the fifth in line to the British throne was in fact dating his distant cousin.

Prince Harry's friendship with Ellie Goulding ignited romance rumors in June 2016 after they were allegedly spotted canoodling at the Audi Polo Challenge outside London. The British singer has been pals with the royals for years — she even sang at Prince William and Duchess Kate's wedding reception.

Prince Harry reportedly connected with Meghan Markle in Toronto, where she shoots "Suits," in May 2016 while promoting the Invictus Games. It's been claimed they were introduced by a mutual friend, Anderson Markus, a consultant for the Soho House Group. The royal and the American actress managed to keep their relationship on the down-low until October, and in November, Harry made the unusual move of publicly confirming that Meghan was his girlfriend in an official palace statement. The pair have only gotten more serious since then, with Meghan accompanying Harry to a pal's Jamaica nuptials in March 2017 as well as to Pippa Middleton's wedding reception in May. They made their first public appearance as a couple at the Invictus Games in Toronto in September and on Nov. 27, Prince Charles announced to the world via Twitter that his youngest son and Meghan were engaged to be married in the spring of 2018. 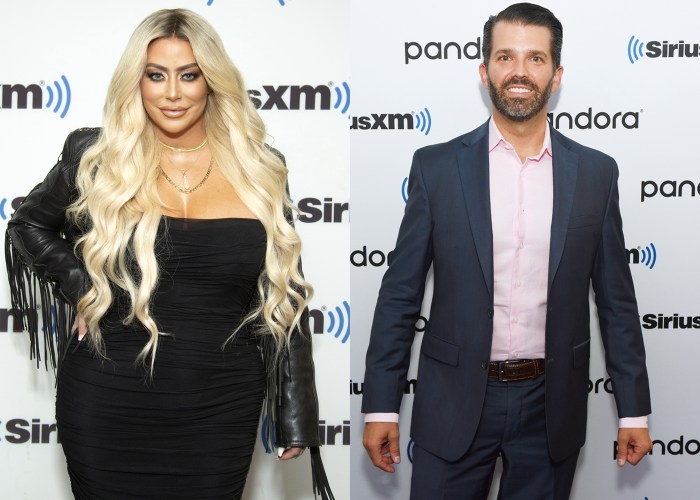