Princess Beatrice of York is a woman in love — and now she's engaged! On Sept. 26, 2019, Buckingham Palace announced that the royal is set to wed Edoardo Mapelli Mozzi. Get to know more about the history of Beatrice's relationship with Edo as Wonderwall.com looks back at their romance timeline…

Unlike some of her royal cousins, Princess Beatrice rarely made headlines for her dating life — after all, she was in a serious relationship with former Uber exec Dave Clark for nearly a decade before their 2016 split. But in the fall of 2018, whispers of romance began to emerge as the world learned that Beatrice had quietly started seeing an old family friend — handsome and wealthy British-Italian property developer (and single dad!) Edoardo Mapelli Mozzi. Nearly a year later, Edo asked Beatrice to be his wife and they were posing for engagement photos, like this one, snapped by the royal's sister, Princess Eugenie!

RELATED: Princess Beatrice's fashion hits and misses over the years

The first report revealing that there was a new man in Princess Beatrice's life emerged in the Sun on Nov. 18, 2018. According to the British tabloid, Beatrice was seen introducing Edo Mapelli Mozzi as her boyfriend during a party hosted by Indian billionaire Lakshmi Mittal Diwali in London earlier in the month. A source told the Sun that the royal and the property tycoon with a multimillion-dollar fortune started seeing each other two months earlier in September 2018, and that the romance got serious fast: "Things are moving very quickly and it wouldn't surprise anyone if they got engaged within a short period of time," said the source. "They could even be tying the knot in 2019 — it's already been discussed by her friends. Everyone is thrilled that Bea is so happy and in such a good place right now."

RELATED: Duchess Meghan's fashion hits and misses over the years

Though initial reports speculated that Princess Beatrice met Edo Mapelli Mozzi in September 2018, it turns out they've actually known one another for far longer. His late stepfather, British political figure Christopher Shale, was a longtime friend of Beatrice's parents, Prince Andrew and Sarah, Duchess of York. Beatrice attended a memorial service for Edo's stepdad with her folks and sister, Princes Eugenie, in August 2011 (pictured). Edo was there too, of course, with his mother, Nicola "Nikki" Shale (pictured with another family friend, former U.K. prime Minister David Cameron), sister Natalia Mapelli Mozzi Yeomans and half-brother Alby Shale. (Edo's father is Nikki's first husband, Count Alessandro "Alex" Mapelli Mozzi, who's reportedly the son of Italian aristocrat Count Gian Paolo Mapelli Mozzi, though Alex competed for Britain in the 1972 Olympics as an alpine skier.) According to the Daily Mail, Beatrice and Edo were also both guests at the wedding of Prince Harry's good friend Charlie Gilkes in Puglia, Italy, in September 2014.

Just days after Princess Beatrice's budding relationship with Edo Mapelli Mozzi was made public, details about his romantic past emerged as royal watchers clamored for more information about the handsome aristocrat. It turns out Edo — the CEO of Banda, a luxury property development company he founded in 2007 (he's seen here in his London apartment in 2013) — had recently split from Harvard-educated Chinese-American architect Dara Huang, the Sun and the Daily Mail reported. Edo and Dara, who were reportedly engaged for four years time and lived together, share a young son, Christopher Wolf, who goes by "Wolfie." In January 2018, Edo took to Instagram to share a photo of and gush about his toddler son. "Being a father increases your capacity for love. It opens up another door in a person — a door which you may not even have known was there," he wrote, tagging his little guy's private Instagram account.

In early January 2019, the Mail on Sunday reported that Princess Beatrice — who turns 31 on Aug. 8, 2019 — and Edo Mapelli Mozzi, who's about four years her senior, were spotted looking loved up on vacation together on Lamu, an island off the coast of Kenya where his family owns real estate, over the New Year's holiday. According to the newspaper, Beatrice was seen chatting with Edo's mother and dancing on a hotel bar after midnight on New Year's Eve. (The couple are pictured toegther here later in the year.)

The surest sign that things were getting serious came in the spring of 2019. Princess Beatrice and Edo Mapelli Mozzi made their first official public appearance together at the National Portrait Gallery Gala in London on March 12, 2019 — an event also attended by Beatrice's cousin-in-law Duchess Kate. The royal stunned in a belted red velvet dress while her love looked handsome in a classic tuxedo.

Just a few days later on March 17, 2019, Princess Beatrice and Edo Mapelli Mozzi took another international trip, this time to America. On St. Patrick's Day, the couple stepped out holding hands in New York City where they went shopping at stores including a John Varvatos boutique, outlets including People magazine (which has a photo of the smiling pair) reported.

By March 28, 2019, Princess Beatrice and Edo Mapelli Mozzi were back in Britain, where they were photographed grabbing a taxi after a date at famed private club Annabel's in London.

In late March 2019, Princess Beatrice and Edo Mapelli Mozzi headed to the Middle East for VIP Day at the Bahrain Grand Prix. There on March 31, they marked another milestone: They were publicly photographed together with her mother, Sarah, Duchess of York, for the first time (HELLO! has a pic). Beatrice's father, Prince Andrew — who's been divorced from Fergie for decades, though they remain great friends — was also in town at the time. Though Sarah didn't share any pics of Edo, whom she follows on social media, she did post a fun selfie from their day out showing she and Beatrice also hung out with famed jockey Frankie Dettori.

Another month, another public date! Princess Beatrice of York and Edo Mapelli Mozzi were spotted leaving the 34 Mayfair restaurant in London on April 15, 2019, after having dinner with her mother, Sarah, Duchess of York. A week before the outing, a source told the Sun on Sunday that Edo and Beatrice had taken yet another big step in their relationship: They'd started living together. "Edo has moved in with Beatrice at her apartment in St. James's Palace [in London] and spends most of his time there," said the source. "They can hardly keep their hands off each other and spend every moment they can together. I don't know if he has actually got down on one knee with a ring yet but they are openly talking about marriage and it will either be later this year or possibly early in 2020."

It's a benchmark that eventually comes with every royal romance: an invite to a relative's royal wedding. Edo Mapelli Mozzi was Princess Beatrice's date for the May 18, 2019, nuptials of Lady Gabriella Windsor and Thomas Kingston at St. George's Chapel at Windsor Castle in Windsor, England, where they again spent time with Beatrice's mother, Sarah, Duchess of York.

A few days later, the couple stepped out together again, this time for the Animal Ball Art Show in London on May 22, 2019. Edo Mapelli Mozzi looked completely at ease as he and Princess Beatrice, who posed for photos together, chatted with other guests inside the event.

Double-date time! On May 31, 2019, Princess Beatrice and Edo Mapelli Mozzi were spotted holding hands as they walked down Portobello Road in London's Notting Hill neighborhood on their way to a night out with her sister, Princess Eugenie, and new husband Jack Brooksbank (who ran ahead of the group). People magazine reported that the next day, June 1, both princesses brought their loves with them to the Colonel's Review at Horse Guards Parade in London (their father, Prince Andrew is Colonel of the Grenadier Guards) where the Duke of York oversaw one of the military rehearsals ahead of the queen's official birthday celebration, Trooping the Colour, which took place the following weekend.

Though they weren't photographed together, it seemed pretty clear that Prince Andrew approved of daughter Princess Beatrice's boyfriend, Edo Mapelli Mozzi, because the property developer was a guest at an event at St. James's Palace on June 12, 2019, to support the Duke of York's Pitch@Palace campaign. Beatrice and Edo were photographed chatting with other guests during the reception. A week later, People magazine reported that the romance was continuing to intensify. "She's completely head over heels," an insider told the magazine.

Another date night! Photos revealed that Princess Beatrice was wearing a pricey gold Cartier bracelet engraved with the letter "E" as she and Edo Mapelli Mozzi visited London club Annabel's on July 9, 2019.

Princess Beatrice and Edoardo Mapelli Mozzi stepped out for another public event where they posed side by side — Lenny Kravitz & Dom Perignon's "Assemblage" photography exhibition in London — on July 10, 2019.

Princess Beatrice and Edo Mapelli Mozzi attended another big wedding together in the summer of 2019: They were there to watch her pop star pal Ellie Goulding marry art dealer Caspar Jopling at York Minster Cathedral in York, England, on Aug. 31. Beatrice earned raves for her stunning green metallic dress by the brand The Vampire's Wife (Edo wore a matching deep green tie!)

On Sept. 26, 2019, Buckingham Palace revealed that Princess Beatrice and Edoardo Mapelli Mozzi were engaged to be married after less than a year of dating. They showed off her diamond ring in this undated photo taken in Italy — where Edo proposed during a vacation earlier in September — by the bride-to-be's sister, Princess Eugenie. "We are both so excited to be embarking on this life adventure together and can't wait to be married," the couple said in a statement. "We share so many similar interests and values and we know this will stand us in great stead for the years ahead." 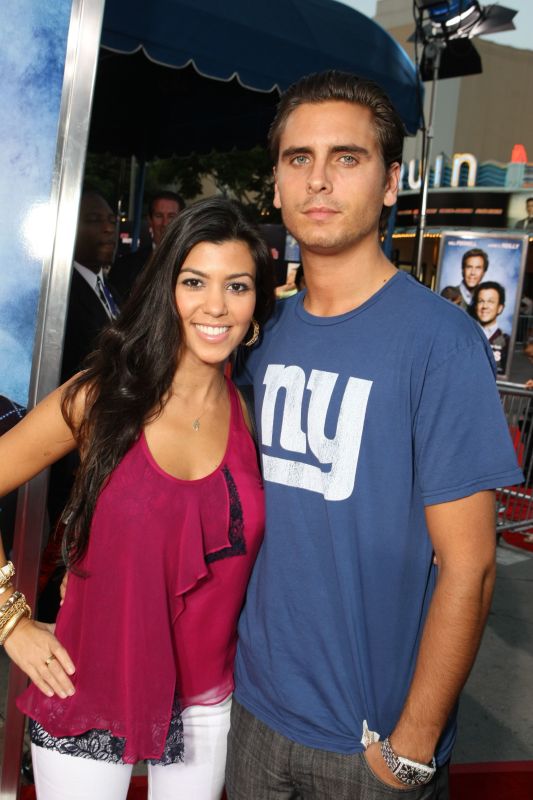