Read what Hollywood stars — liberals and conservatives alike — had to say after watching the first 2020 presidential election debate between the Republican nominee, President Donald Trump, and the Democratic nominee, former Vice President Joe Biden, on Sept. 29, starting with this actress… "'Will you shut up, man!' In that moment, Joe Biden was speaking for all of us." –Debra Messing

RELATED: Celebs weigh in on the 2020 Republican National Convention

"Take a breath. And remember: your remote exists for a reason if you need to use it for your well-being." –Brie Larson

"Trump is smart. And I'm the deadliest running back in the NFL." –Alec Baldwin

"I feel like the moderators of our debates now need to be preschool teachers in order to deal with the sulking clown that is Donald." –Pink

"And they say the View suffers from crosstalk. Puleeze." –Joy Behar

"…never in my life. Thank God for that. Truly. This is a s*** show. So glad I decided to put my kids to bed because I wouldn't know how to begin to answer their questions with anything more than an apology. And btw, that's what we all deserve. #Debates2020" –Scott Foley

"One bright spot from that debate was remembering that @JoeBiden worked his entire life to overcome a stutter. Still does. He leads, and sets an example simply by being, for so many folks in this country. Kids and adults alike. It requires an elegant courage to do so in public" –Sophia Bush

"Just to show another dimension of Donald's deep cruelty is that interrupting someone with a stutter is the worst thing you could do. He knew exactly what he was doing and Joe held his own against it." –Mark Ruffalo, in response to Sophia Bush's tweet about Joe Biden working to overcome a stutter

"The moderator for the second debate should be John Wick. #Debates2020" –Patton Oswalt

"I like when Biden talks direct to camera" –Chance the Rapper

"This is what happens when you elect a sociopathic reality show host to run not only the country but to dictate how we communicate with each other about deadly serious issues … The fact that Trump said Proud Boys should 'stand by' is one of the most disgusting, dangerous things that could have possibly been said. What a vile, racist b****. Vote this m*********** out." –Billy Eichner

"Did you hear Bidens response about Hunter? Me either, Chris Wallace talked over what ever it was and wouldn't allow us to hear. 'Let's move on?'" –Chuck Woolery

"What Trump said about the Proud boys was as low as any President has ever gone in my lifetime in America. Enough. Vote him out. Vote him out and let's start repairing all this damage. … Chris Wallace tried to keep the debate professional but Trump has only become emboldened since being elected. The rules don't apply to him. He is a dictator. Try to control that." –Patricia Arquette

"Trump is an a****** and a liar and a racist and a hypocrite and a bully. Other than that he seems like a GREAT GUY." –Andy Cohen

"Biden is getting destroyed what a show" –Antonio Sabato Jr.

"My TV just shut itself off and jumped in the garbage can. #Debates2020" –Ben Schwartz

"He told the Proud Boys to 'stand back and stand by.' Stand by for what? And holy s*** those sure sounded like the words of a commander to his troops." –Andy Richter

"Tonight Donald Trump refused to condemn white supremacists. That is so deeply disturbing and horrifying, and utterly disqualifying for the presidency of our great nation. #Debates2020 #VoteOutHate #BidenHarrisToSaveAmerica" –Ed Helms

"Joe Biden is a gentleman. Too bad, when dealing with a cornered rat." –Bette Midler

"Trump refuses to take any accountability for the 200,000 Americans who actually died from COVID and instead keeps talking about a hypothetical "2 million deaths" that would have occurred under a Biden presidency. … 200,000 Americans have died from COVID and Trump tonight is BRAGGING about not wearing a mask as much as Biden does. It's a death cult. … Let's not blame the chaotic nature of tonight's debate on Chris Wallace, who didn't have the authority to cut anyone's mic, when Trump was the unhinged person on that stage." –Padma Lakshmi

"Well, Biden clearly won. This was just a showcase of how unhinged Trump is. #BidenWon … I mean…The President of The United States told the Proud Boys–a white supremacist group–to 'stand by.' #BidenCalm #TRUMPCHAOS #BidenWonTheDebate" –Alyssa Milano

"The misstep of this administration was trying to set a table where @JoeBiden would be too slow or too weak to ever hold a seat. #JoeBiden has proven himself ready and able. … This is what makes @JoeBiden special. Talking direct to the people. 'How many of you at home have an empty chair at your kitchen table because you lost someone to Covid.' Makes it personal. #Debates2020" –Uzo Aduba

"This debate is pointless." –Jon Cryer

"Me watching three white men debate issues involving BIPOC and women…. where they at in this room though." –Lilly Singh 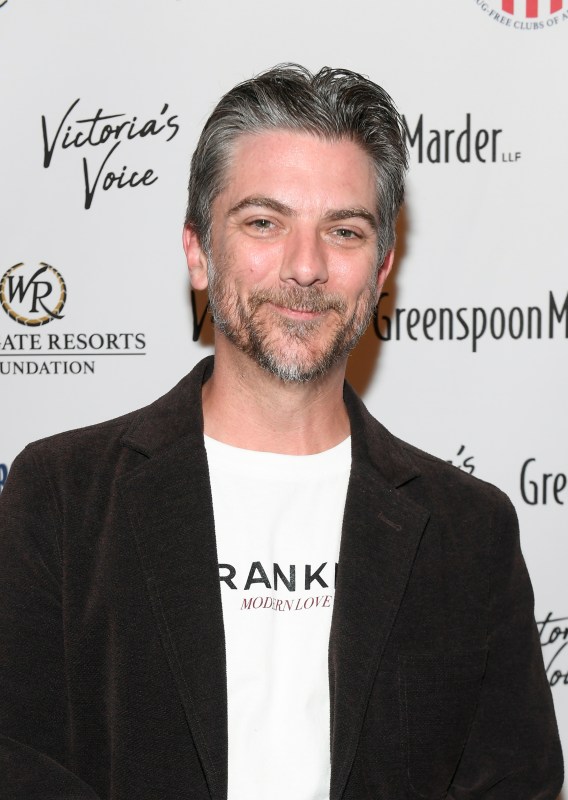