Do men really age like a fine wine — the older they get, the better? We can't be sure that's true for all of 'em, but there are a heck of a lot of hunky men over the age of 50 in Hollywood! Wonderwall.com rounded up several of our favorites, starting with this A-lister… Despite being a married father of twins, George Clooney will always have a spot in our hearts. The salt-and-pepper hunk seems to be getting more handsome by the day! The Oscar winner, by the way, was born in 1961 and turned 60 in May 2021.

We can't believe Brad Pitt is just a few years shy of 60! The Oscar-winning actor, who's still as handsome as ever, was born in 1963.

RELATED: The most beautiful women in Hollywood over the age of 70

Whether you love men who can throw punches or pull off a perfectly choreographed musical number, Hugh Jackman is the guy for you! Sadly for the rest of us, he's been taken by wife Deborra-lee Furness since 1996. The hunky Australian actor was born in 1968 and turned 50 in 2018.

Steve Carell certainly got better with age! Though we might not have believed it while watching him as Michael Scott on "The Office," these days, the beloved actor, who was born in 1962, is a serious movie star … and a silver fox!

Rob Lowe has clearly discovered the fountain of youth. The former teen heartthrob, who was born in 1964, looks like he's barely aged for years!

Sure, Dennis Quaid has aged a bit since starring in the 2002 baseball movie "The Rookie," but we think it's made him more refined. The native Texan, who was born in 1954, has just gotten more handsome over the years. Home run!

Denzel Washington, who was born in 1954, just doesn't seem to age … ever! He really looks the same as he did when he got his start in Hollywood.

A lot has changed since John Travolta wooed us in a white suit in the 1977 flick "Saturday Night Fever." But now the two-time Oscar nominee, who was born in 1954, is a whole new kind of sexy — older, wiser and just as hunky, with a brand new bald 'do.

Whether he's cleaned up in a suit jacket or rocking out on a stage, Jon Bon Jovi looks darn good! There's no need for him to be "Livin' on a Prayer" hoping to keep his good looks. Can you believe the rocker, who was born in 1962, turns 60 in 2022?

Colin Firth is oh-so dapper! The British actor — who was born in 1960 and celebrated his 60th birthday in 2020 — just has a classic look that we find very attractive.

Perhaps Keanu Reeves got a secret age-defying potion from "The Matrix." Somehow, he looks just as hunky now as he did in the 1991 flick … which is probably why he'll be back for a fourth installment in the franchise later this year. Keanu, by the way, was born in 1964.

Tom Cruise isn't slowing down work-wise or looks-wise! The superstar — who was born in 1962 and will celebrate his 60th birthday in 2022 — can still do just as many action stunts and make us swoon in the process.

Can you believe Robert Downey Jr. is in his late 50s?! The goofy, sexy star, who was born in 1965, just seems to be getting more attractive with each passing year.

Antonio Banderas still gets our hearts racing. Not surprisingly, the super-sexy Spanish star — who was born in 1960 and celebrated his 60th birthday in 2020 — is currently dating someone 20 years his junior.

Samuel L. Jackson — who was born in 1948 and turned 70 in 2018 — still has style, swagger and some pretty good genes. No wonder the Marvel franchise star's wife, LaTanya Richardson, has kept him close since 1980!

In the 1999 rom-com "Notting Hill," Hugh Grant stood in front of Julia Roberts and recited the famous line: "I'm just a boy, standing in front of a girl, asking her to love him." Well, the English actor — who was born in 1960 and celebrated his 60th birthday in 2020 — might not be a boy anymore, but we definitely still love him.

Sean Penn might be in his 60s, but he proves that age really is just a number. The star's ruggedly handsome features make us totally forget about what decade he's pushing. Sean, by the way, was born in 1960 and celebrated his 60th birthday in 2020. His wife, actress Leila George, is more than three decades his junior.

Pierce Brosnan just always seems to carry himself with that James Bond swagger. The Irish actor was born in 1953 and will turn 70 in just a few years!

Richard Gere is the definition of a silver fox, right? Well, we sure think that the "Pretty Woman" actor — who was born in 1949 and celebrated his 70th birthday in 2019 — is super-foxy.

There's just something so broodingly sexy about Liam Neeson — the "Taken" star's baby blues don't hurt either! The Irish actor was born in 1952 and will celebrate his 70th birthday in 2022!

Kevin Bacon danced away with our hearts in the 1988 movie "Footloose," and he's still making us dizzy with that structured jawline. The former teen idol was born in 1958 and turned 60 in 2018.

Another hunky Kevin… Kevin Costner! Not much has changed since he played Whitney Houston's protector in 1992's "The Bodyguard," which is pretty impressive considering he's now in his late 60s! The "Yellowstone" star was born in 1955.

Michael Keaton is quite fetching on his own, but those glasses just add an extra oomph we're all about! The Oscar-nominated actor — who was born in 1951 and turned 70 in 2021 — should wear 'em more often.

We could stare into "Law & Order: Organized Crime" star Christopher Meloni's striking blue eyes all day! He was born in 1961 and celebrated his 60th birthday in 2021.

Do you think Lenny Kravitz cares that he's nearly 60? We don't think so. The sexy rocker, who was born in 1964, seems to just focus on being the coolest person in the room at any age!

Alec Baldwin's six kids under the age of 10 must keep him young! The father of seven, who was born in 1958 and turned 60 in 2018, is still looking pretty good. Or maybe it's wife Hilaria Baldwin, who's 26 years his junior, whom we have to thank!

Bruce Willis is yet another older hunky star with a younger, super-hot wife. And hey, good for him! The iconic action star, who was born in 1955, is married to the gorgeous Emma Heming, who's more than two decades his junior.

OK, maybe Tom Hanks didn't look so hot while playing a man stranded on a desert island in "Cast Away" back in 2000. But in real life, he has a pretty handsome look about him! The two-time Oscar winner was born in 1956. 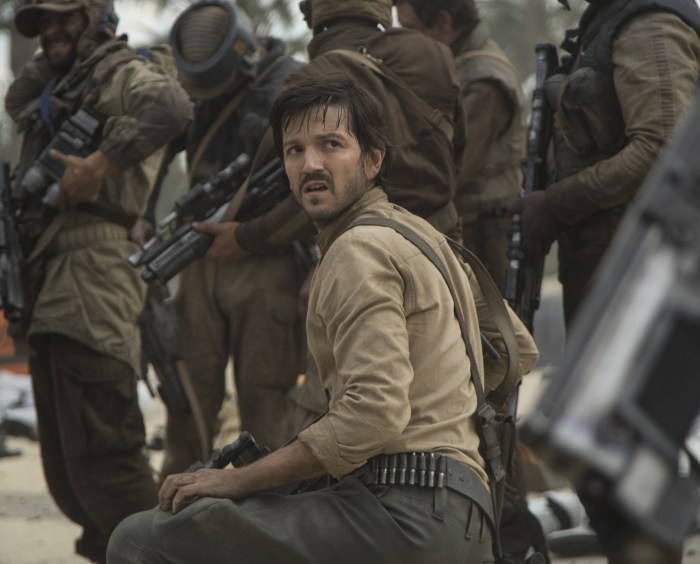