Troubling content in private social media messages attributed to Armie Hammer are having an effect on the actor's career. Last weekend, Armie's name was trending on social media after he allegedly described himself as a "cannibal" in a leaked direct message to a woman of a sexual nature. As the week went on, more women came forward with bizarre accusations against him concerning his proclivities. Among them? "He said to me he wants to break my rib and barbecue and eat it," Dallas app founder Courtney Vucekovich, who dated the actor — who in 2020 split from Elizabeth Chambers after a decade of marriage — over the summer, told Page Six. Another woman alleged that Armie told her he wanted to cut off one of her toes and keep it in his pocket. The fallout prompted the former Golden Globe nominee to pull out of a movie he was about to start shooting with Jennifer Lopez. "I'm not responding to these b******* claims but in light of the vicious and spurious online attacks against me, I cannot in good conscience now leave my children for 4 months to shoot a film in the Dominican Republic," he told TMZ. "Lionsgate is supporting me in this and I'm grateful to them for that."

Dustin Diamond has cancer. On Jan. 11, multiple reports revealed the "Saved By The Bell" star had been hospitalized after feeling uneasy and experiencing pain all over his body. He also discovered a lump in his throat. Dustin's medical team felt it was "likely" cancer, and on Jan. 14, TMZ reported that those fears were confirmed. Dustin, the webloid explained, has stage 4 cancer and is also experiencing pain from shingles. His rep later confirmed to Entertainment Weekly that the Screech actor has already started chemotherapy as doctors explore a treatment plan.

There's a little less magic in Las Vegas. On Jan. 13, legendary magician Siegfried Fischbacher passed away peacefully at his Vegas home. The death came just days after reports revealed he had terminal pancreatic cancer. His passing comes just eight months after performing partner Roy Horn died of COVID-19 complications. The impact that "Siegfried & Roy" had on modern-day Las Vegas is hard to overstate. Following the death of the "Siegfried & Roy" icon, celebrities and politicians reacted with sadness on social media. Donny Osmond tweeted of Siegfried, "He was a true gentleman, a consummate showman and a beloved entertainment icon." David Copperfield said he was "a pioneer who — together with Roy — illuminated Las Vegas with illusion."

Bruce Willis has some explaining to do. On Jan. 10, the actor was reportedly kicked out of a Los Angeles Rite Aid store after refusing to wear a mask. Photos showed him inside the store without a face covering, despite having a bandana hanging from his neck. Other customers were said to be unhappy that Bruce didn't cover up. The New York Post reported the "Die Hard" actor walked out without making a purchase and without ever pulling up his bandana. California, where the incident occurred, has had a mask mandate in place since June 2020. After the news went viral, Bruce told People magazine he made "an error in judgment." He added, "Be safe out there everyone and let's continue to mask up."

What happened this week was unprecedented. For the first time ever, a United States president was impeached for a second time. On Jan. 13, the House of Representatives voted to impeach Donald J. Trump for "incitement of insurrection," something that was widely expected following the Capitol riots the week earlier. After the second impeachment, many in Hollywood reacted on social media. Jesse Tyler Ferguson quipped, "Trump will have the legacy of doing a really great job of getting impeached. Better than any other president. That's a perfect biggley accomplishment!" Chrissy Teigen wrote, "I didn't even know you could be impeached twice. I thought it was like dying." Jimmy Kimmel, no fan of Trump, wrote, "It's time for Grandpa to hand over the keys." Trump's his first impeachment came in December 2019.

We have a new Hollywood couple to report. On Jan. 11, Brian Austin Green went Instagram official with "Dancing With The Stars" pro Sharna Burgess. The duo was first linked over the 2020 holidays. "Him," Sharna captioned a scenic photo of them kissing. In early December, Sharna told Us Weekly that she was was dating someone but the lucky guy remained a mystery. "I actually am not on the market anymore," she said, "But it's very new and very, you know, it's dating, essentially. No one's calling us a relationship yet." We are now.

Meghan McCain was only moments into her return to "The View" after several months of maternity leave when she and Joy Behar got into it (surprise, surprise). At the time, Joy told Meghan flatly, "I did not miss you." On Jan. 11, Meghan revealed how she really felt about the diss, saying she had a "rough re-entry" to the daytime talk show.  "I will say, I missed everyone," Meghan said on "Watch What Happens Live With Andy Cohen." "Even if some people didn't miss me, I missed the show. We're a family."

Mary-Kate Olsen and her estranged husband have reached a settlement in their nasty divorce. Their lawyers announced the news before a New York judge in a video hearing on Jan. 13. "We've been working very hard. We do have a settlement," the "Full House" alum's lawyer said.  The fashion mogul filed for divorce from her husband of less than five years in May 2020, but she had plans to split earlier. In fact, she tried filing for divorce in New York in mid-April but was informed that New York City courts would not accept divorce filings due to the COVID-19 pandemic unless that filing was an emergency — which she claimed it was. The court felt her argument for wanting a divorce was hardly an emergency and told her she had to wait. On the first day New York City courts were taking cases again, the "Full House" star filed her paperwork.

Rebel Wilson shared a shocking and horrifying story this week: She was once kidnapped at gunpoint in Africa. The actress didn't indicate when the incident happened, but told the Sky One series "Straight Talking" that it happened in "rural Mozambique." "We were on this cattle truck and these men came on another truck with a lot of guns," she said. "[They pulled up beside us] with the big guns and they were like, 'Yeah, you've got to get off your truck.'" She and her group obeyed and were taken to a house. "I felt like I was very good in the crisis," she said. "I was like a team leader." She added, "They sat us down, and I said, 'Everybody link arms,' because I was petrified in the night that they might want to take one of the girls or something." Rebel and the rest of the group were released the following morning and hightailed it to the South African border. The actress still doesn't know why the group she was with was taken, but suspects it has to do with smuggling. "I think maybe those guys, maybe, used us to smuggle illegal things in the bottom of the truck," she said. 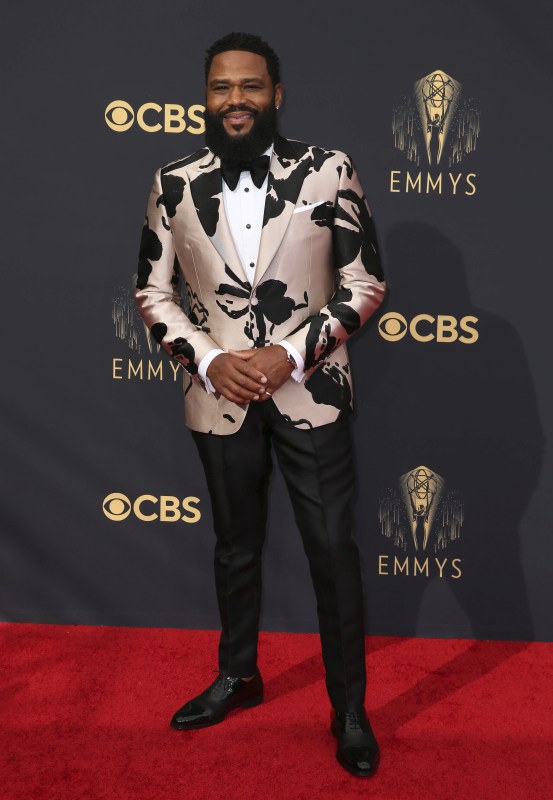