"Disgusting." "Disturbing." "Violent." These are just a few words being used by celebrities upon witnessing the storming of the Capitol building in Washington, D.C., on Jan. 6, 2021, while politicians were confirming the electoral vote. The pictures and video of the breach, which happened during a rally for President Trump, are shocking. "I'm speechless," actor Chris Evans tweeted. "Just think of the carnage had they not been white. … So many people enabled this." Keep reading to see how other celebrities reacted…

"Unimaginable. Disgraceful. Shocking. But no surprise. So many to hold responsible. You know who you are. You dismissed the violent, divisive, cruel rhetoric. You made excuses. Cowards. He/you are not leaders. We will try to re-build. You will try to live with yourselves" –Sarah Jessica Parker

"Imagine if this was our side. There would be rivers of our blood in the streets and not a single one of us would be armed. This has been allowed. #CoupAttempt." –Mark Ruffalo

RELATED: Celebs who donated to Georgia's U.S. Senate races (and how much)

"Lock. Them. Up," Meghan McCain tweeted. She later added, "This is domestic terrorism. Stop calling it protesting."

"As a United States Citizen, and the daughter of two veterans, and the sister of another, I am ashamed of what is happening in Washington. Hypocrisy, shame, Embarrassment. Unpatriotic hypocritical sheep drinking poison Kool aid. This a sad day for America," Pink tweeted. Her husband, Carey Hart, tweeted, "So, tell me again how Trump supporters are peaceful and law abiding? Asking for a friend."

"Accepting the results of a legitimate democratic election is patriotic. Refusing to do so and inciting violence is anti-American," model Karlie Kloss — who's married to the brother of President Trump's son-in-law and senior adviser, Jared Kushner — wrote on Twitter. When a commenter told her to "tell your sister in law [Ivanka Trump] and brother [in] law," she responded, "I've tried."

"Support the peaceful transition of power!!!!!!!! That's being a patriot!" –Ashton Kutcher

"It is time for the leaders of this country to invoke the 25th Amendment. Isn't it obvious? Today has made me sad with disbelief with what is happening in my country, a country that has inspired my songs of hope and love. … I am heartbroken and astounded that this narcissistic and dangerous president would put lives in danger and encourage violent sedition against our government. That man is no longer able to serve as President because he can't accept defeat. Can we afford 2 more weeks? I say NO! … America, PLEASE put some respect on America's name." –Stevie Wonder

"This is horrific. This is Trumpism. This is beyond the pale." –Sophia Bush

"Can you imagine if the BLM protests stormed the Capitol like this????" –Rachel Lindsay

"Dear GOP, you have given the inmates the asylum. Bravo. You've endangered lives and plummeted our Nation into chaos…for a reality TV host… Now…Imagine if they were black," Josh Gad tweeted, later adding, "The @GOP must be shown the door. We must eradicate this cancer from our politics. There is no more place for this. The Party must be demolished and rebuilt or replaced. It has been radicalized and brainwashed. Today will go down in history. It is frankly the point of no return."

"This desperate 'man' and his silly sheep. Embarrassing." –Issa Rae

"America is so much better than what we're seeing today." President-elect Joe Biden

"The irony is pretty funny………weren't people just wild animals in the summer for demanding justice and now?……Let me just watch." –Cardi B

"So ironic that @realDonaldTrump says he is the law and order president. What a joke." –Maria Shriver

"But everyone predicted that this would happen. We all knew it, all the media, all the journalists…even ME! Why is this a surprise? Why weren't they better prepared? Trump made it clear he wants his ratings, and he never cares how many laws or eggs or heads get broken." –Bette Midler

"This is (thankfully) a super dumb coup attempt. It will fail. But it is a coup attempt nonetheless and Trump and his Senate enablers must be held accountable." –Jon Cryer

"It's a good thing this wasn't a BLM rally or else these [expletive] would have actual riot police to deal with." –Armie Hammer

"Imagine if that was black protesters that stormed and breached the US Capitol?" –Billy Baldwin

"What the actual f is happening to our country????" –Mira Sorvino

"Security beach at Capitol is disgraceful. The president needs to tell everyone to leave the building. Now." –Laura Ingraham

"NY State needs to prosecute Donald Trump for all the crimes we would go to jail for if we committed them. He is a menace who should not be allowed to live freely and destroy our country." –Judd Apatow

"If armed people of color; black, Latino, Muslim- stormed the US Capitol to disrupt the transfer of power following an election, there'd be no 'tear gas & rubber bullets phase' of the response. They'd be shot dead before they got 10 steps into the grounds. This is what should be happening to these domestic terrorist insurgents today as the perpetrate the single most brazen domestic assault on US Govt since the firing on Ft Sumter. If anyone else in public life had called for these actions or supported them. As Trump has done & Ivanka Trump did just now, they'd be arrested within 24 hours for sedition & incitement of violence. We are at a profound moment of test of our principles. We either have rule of law that has teeth & these people receive the full appropriate lethal & legal. consequence of their actions & betrayal or we are no longer a nation of laws. No more coddling traitors, their enablers & foreign backers. @JoeBiden it's on you & your DOJ & IC to bring the hammer of law down in righteous intolerance….and show what happens to those who mess with the United States of America." –Edward Norton

"This is what happens when you elect a reality tv star to the highest office in the land. May we never make this mistake again. #capitol" –Aubrey O'Day

"Oh god the #MAGAs are storming the Capitol. I'm genuinely worried — that's a lot of steps to walk up. Their knees and calves must be SCREAMING." –Patton Oswalt

"This is disgusting, appalling and NOT AT ALL PATRIOTIC." –Wesley Snipes

"Mob of traitors has stormed the Capitol building—broken through the police and are now inside by the doors of the Senate chambers. Police overwhelmed. One was just hit and carried away. WHERE IS THE NATIONAL GUARD? WHERE ARE THE RUBBER BULLETS? WHY IS THIS MOB NOT BEING ARRESTED?" –Michael Moore

"What you are seeing play out on television is why white nationalist terrorism was declared the greatest threat to our country. It is." –Yvette Nicole Brown

"This is absolutely insane" –Padma Lakshmi

"I have never seen anything like this. This is unconscionable and dangerous." –Lynda Carter

"The Republican party had turned this country into a banana republic. Everyone who voted for Trump and these anarchists & fascists should hold their head in shame today. This is sedition and treason. #repent" –Carole Radziwill

"Why aren't the police ARRESTing them. If they were black they would be shot already." –Debra Messing

"This is an attempted coup to keep a reality tv star in power," Alyssa Milano tweeted, later adding, "WHY ARE PEOPLE SURPRISED THIS IS HAPPENING? WE'VE BEEN TELLING YOU FOR MONTHS THAT HE WAS INCITING VIOLENCE."

"So let help me understand when there are peaceful protestors like BLM we are met with tear gas but when there are death threats to our public servants ,senators , congress our democracy there is none ?" –Rosanna Arquette

"Let's just remind ourselves that @realDonaldTrump is definitely smiling about this right now. where's that 'when the looting starts, the shooting starts' or 'MARTIAL LAW' energy now, donald?" –Dylan Minnette

"This never happened during Viet Nam protests. Trump could put a stop to it, but he won't. He's disgraceful in every way." –Joy Behar

"This is on ALL OF THEM. Trump and every one of those senators and congressmen and women who are objecting today. The destruction of the Capitol is on YOU." –Kevin McHale

"What we are witnessing, rabid, violent mobs storming the Capitol to overturn legitimate election results, this is precisely the kind of thing that happens in Cuba and Venezuela where lawless dictators send rapid response brigades to intimidate and attack political opponents." –Ana Navarro-Cárdenas

"This mob at the capitol is domestic terrorism… where are the people sad about the 'riots' breaking store windows, are they upset right now?" –Natalie Morales

"There are terrorists taking over the capitol building of the united states." –Timothy Simons

"So, Trump tweeted something now. Which is good. He had to wait until AFTER his followers had pushed past police and entered the Capitol building and there was a face off with guns, but, you know, okay." –James Gunn

"Brought to you by Republican cowardice." –Jim Gaffigan

"Peaceful BLM protesters get rubber bullets, tear gas and knocked to the ground. Trump protesters are allowed to breach the stairs." –Janet Hubert

"These are Trump thugs fighting the police right now. Why isn't trump telling them to 'stand back' or STAND DOWN? Because he loves the chaos." –Jillian Barberie 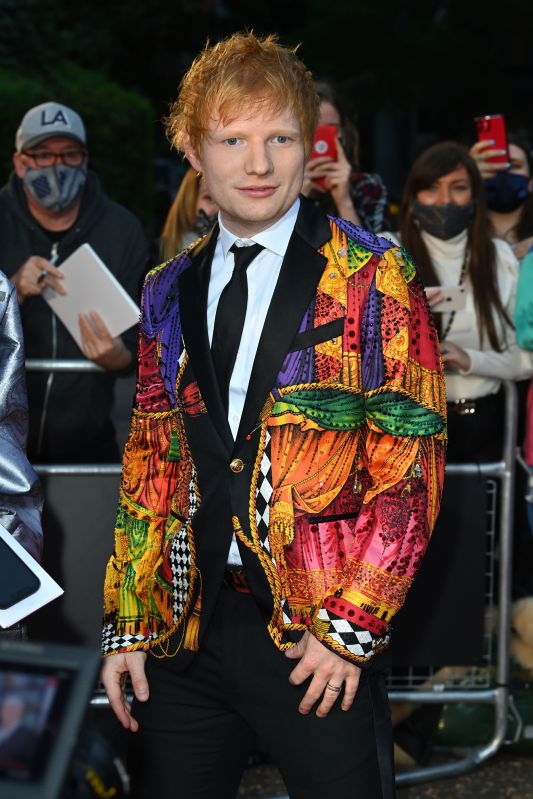 Meghan McCain thanks Donald Trump 'for the publicity,' plus more news