Six months after launching divorce proceedings, a judge awarded Kelly Clarkson primary custody of the two children she shares with estranged husband Brandon Blackstock. The singer-talk show host and the music manager had been fighting over time with River Rose, 6, and Remington Alexander, 4, in the wake of their split — according to TMZ, Kelly wanted the kids to remain in Los Angeles full time, while Brandon wanted them to go back and forth between Kelly's home in L.A. and his ranch in Montana. The judge further noted in the ruling that "the level of conflict between the parents has increased" and that "the parties have a difficult time co-parenting due to issues of trust between them." Afterward, multiple outlets reported, Brandon — who has a visitation schedule that includes holiday time — filed legal documents asking Kelly to pay him $436,000 in monthly support payments — that's $301K in spousal support and $135K in child support. He also wants $2 million for attorneys fees.

Elliot Page, the Oscar-nominated star of "Juno" who's now on "The Umbrella Academy," has come out as trans. "Hi friends, I want to share with you that I am trans, my pronouns are he/they and my name is Elliot," the star said on social media on Dec. 1. "I feel lucky to be writing this. To be here. To have arrived at this place in my life."  Elliot said he finally loves his "authentic self." Many of entertainment's biggest names applauded the reveal. "I love that I am trans. And I love that I am queer," Elliot wrote. "And the more I hold myself close and fully embrace who I am, the more I dream, the more my heart grows and the more I thrive."

A Chicago law firm thinks Erika Jayne and Tom Girardi's divorce isn't about lost love but rather a scheme to take money from the families of plane crash victims to support their "opulent" reality TV lifestyle. Say what? This needs some background… Last year in a lawsuit filed against Boeing, Tom's law firm and another firm, Edelson PC, represented the families of the victims of Lion Air Flight 610, which crashed in 2018 during a flight from Jakarta, Indonesia, to Pangkal Pinang, Indonesia, killing all 189 people on board. In early 2020, Boeing quietly reached individual settlements with the families of the crash victims. Now, Edelson has filed a new lawsuit claiming that Tom has been embezzling money from the settlements to support his and the "Real Housewives of Beverly Hills" star's lifestyle. The lawsuit, which was filed on Dec. 2, further claims that "While Erika publicly filed for divorce this month, on information and belief, that 'divorce' is simply a sham attempt to fraudulently protect Tom's and Erika's money from those that seek to collect on debts owed by Tom and his law firm." It also alleges that the reality TV star and Tom are determined to "project a public image of obscene wealth at all times, and at whatever the cost."

Comedian John Mulaney said he was investigated by the Secret Service earlier this year for a joke he made while hosting "Saturday Night Live." The joke —  about how Julius Caesar was killed — didn't mention President Donald Trump directly but seemed to vaguely reference the outgoing POTUS. "I guess they opened a file on me because of the joke, and I have to say, am I stoked there's a file open on me? Absolutely. Did I enjoy it in the moment? Not so much," the two-time Emmy winner told late night host Jimmy Kimmel on Dec. 1. "But the person vetting me was very understanding that the joke had nothing to do with Donald Trump. It was an elliptical reference to him. I didn't say anything about him." The joke, told in February, was this: "Leap Year began in the year 45 B.C. under Julius Caesar. This is true. He started the Leap Year in order to correct the calendar and we still do it to this day. Another thing that happened under Julius Caesar was he was such a powerful maniac that all the senators grabbed knives and they stabbed him to death. That'd be an interesting thing if we brought that back now. I asked my lawyer if I could make that joke and he said, 'Lemme call another lawyer.' And that lawyer said yes." John was eventually cleared in the probe.

Felicity Huffman has landed her first post-prison acting gig. On Nov. 30, it was confirmed that she will star on an upcoming ABC comedy inspired by the life of Susan Savage, the owner of Triple-A baseball franchise the Sacramento River Cats. Felicity has maintained a very low profile since serving 11 days in prison for her role in a college admissions cheating scandal. The ABC series will also star Zack Gottsagen of "The Peanut Butter Falcon."

"The Real Housewives of Orange County" star Braunwyn Windham-Burke, who's been married to a man for 20 years, has revealed she's gay. The reality TV star publicly opened up about her sexuality in a Dec. 2 interview with GLAAD. "I'm finally comfortable enough to say I like women. I'm gay," she announced. "I'm a member of the LGBTQ+ community. I'm a lesbian. It has taken me 42 years to say that but I am so proud of where I am right now. I'm so happy where I am. To be able to be comfortable in my own skin after so long is just so nice." Braunwyn is dating another woman and has no plans to divorce her husband, Sean Burke, with whom she has seven kids. "I love Sean. I love him dearly, he is my person, he is my family," she said, "but I'm not attracted to men and I never have been." After her reveal, Sean voiced his support for his wife and Braunwyn introduced her lady love to the social media world. She's the first openly gay "Housewives" star.

How to become the Sexiest Man Alive? Step one: Buy a Flowbee. In style news that shocked the world, George Clooney revealed on Nov. 29 that he's been cutting his own hair for more than 25 years… using a Flowbee! Yes, the Flowbee, the infomercial product from the late '80s that features hair clippers that are basically attached to a vacuum. It was the butt of many jokes, but who's laughing now? "My haircuts take literally two minutes," George told CBS. Social media and mainstream media were dumbfounded with George's hair bombshell. Then on Dec. 2, the actor appeared on "Jimmy Kimmel Live" and showed off his Flowbee skills on the air! "You turn the vacuum on, turn the buzzer on, and you go to town!" he said, noting that his assistant originally got him one. Jimmy quickly responded, "People who have assistants shouldn't be Flowbee-ing their hair."

Trista Sutter's husband, Ryan Sutter, has been at war with an unknown enemy for five months. Trista, the first star of "The Bachelorette," was the first to go public about Ryan's condition, indicating that her husband has been "struggling" with a mystery illness. They don't know what it is, but they know what it's not: It's not COVID-19, it's not cancer and it's not lupus. On Dec. 1, Ryan opened up about his fight. In a series of Instagram posts, he detailed his private battle, explaining that he began working as a firefighter again earlier this year."I completed the academy and believed/hoped I would begin to recover and feel better.  It's been five months now and, if anything, I feel worse," he said. "Though I am functional and continue to work my regular fire schedule, I am experiencing a battery of symptoms which include:  fatigue — sometimes almost paralyzing, deep body and muscle aches, fevers, night sweats, full body itching with no rash, headaches, neck and throat swelling, congestion, lightheadedness, nausea, and just general all around not feeling good."

It looks like Blake Shelton and Gwen Stefani will be Mr. and Mrs. in a matter of months. A source told Us Weekly that the couple, who announced their engagement in October, will exchange vows in early 2021. "Blake built a chapel on the grounds of his Oklahoma ranch. He did it himself with help," a source said. "They are going to get married in the chapel, most likely early next year." According to the source, it will be the Catholic wedding Gwen wants because "the Vatican has indicated, informally," that Gwen's petition to have her marriage to first husband Gavin Rossdale annulled will be granted. 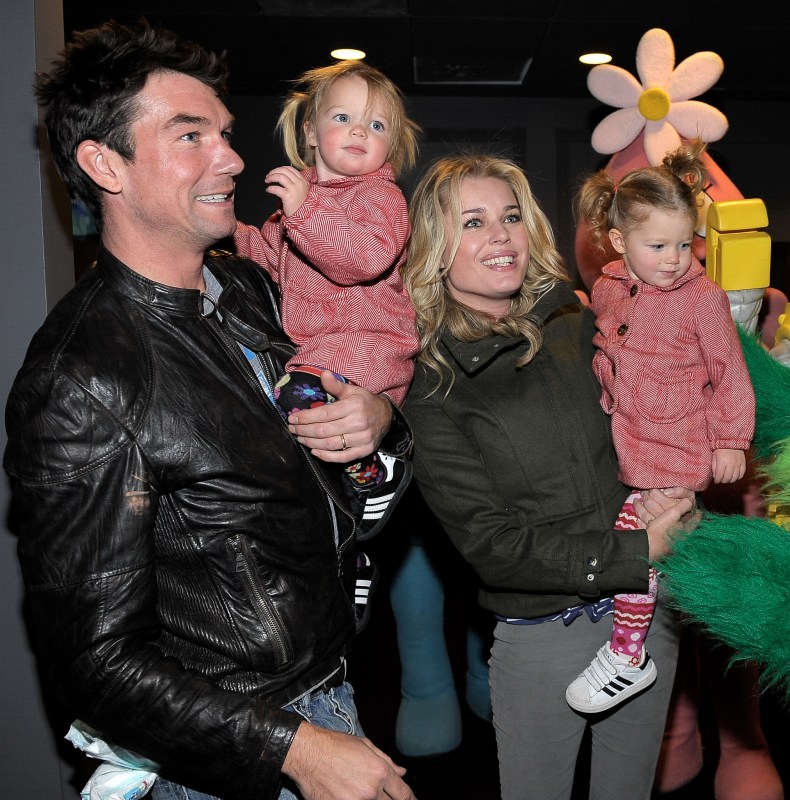