Kate Hudson and ex-husband Chris Robinson are fighting over custody of son Ryder, 13. The Black Crowes frontman, whose divorce from the actress was finalized in 2007 following six years of marriage, has filed a petition re-opening their original joint custody agreement. DailyMail.com reported on Feb. 28, 2017, that it has obtained legal documents that suggest Chris wants the arrangement altered. In the papers, both stars agreed to undergo evaluation interviews and allow their son to be interviewed by a court-appointed expert to make recommendations in developing a parenting plan that addresses legal custody and physical custody. Kate has to pick up the $7,500 tab, per documents. DailyMail.com further reports that the court appointed a judge to the case last June, which implies that initial efforts to reach an agreement have failed. Both Kate and Chris were photographed leaving the same Los Angeles office building, albeit separately, on Feb. 27, 2017.

Oscars' "Gary from Chicago" just got out of prison

Oscars host Jimmy Kimmel delighted fans and A-listers alike when he ushered a sightseeing bus full of unsuspecting Hollywood tourists into the 2017 Academy Awards ceremony on Feb. 26, letting them take photos with and chat up the stars sitting in the front row. One tourist couple in particular, "Gary from Chicago" (Gary Alan Coe, right) and his fiancée, Vickie Vines, emerged as the stars of the segment — nominee Denzel Washington even pretended to marry the engaged couple after Gary kissed the hands of stars including Nicole Kidman and Halle Berry. The next night, ABC7 Eyewitness News published an interview with the Chicago native in which he revealed that just three days before the Oscars, he was released from a California prison after serving 20 years for multiple felonies. DailyMail.com further revealed that one of those felonies is attempted rape and that Gary, 59 — who found religion and love with Vickie while serving time — is now a registered sex offender. "Change is possible," Gary insisted to ABC7. It's unclear if Oscars organizers knew Gary's history before including him in the segment.

Tom Hiddleston reveals plans to take "a bit of a breather"

Tom Hiddleston wants a break. Though he's currently promoting his new action flick "Kong: Skull Island," which hits theaters on March 10, he's revealed that he's about to take some significant time off. "I'm taking a bit of a breather, because I've been running quite hard for five or six years and I just need to check in with stuff at home," he told Australia's The Daily Telegraph (via Daily Mail Australia). "I've spent so much time away from home and after a while you realize there are other things in life that you need to check in with, like family and friends… those things are just as important. So it's really that." Tom famously spent 2016 shooting not only "Kong" and "Thor: Ragnarok" and promoting his hit miniseries "The Night Manager" but dating (and being dumped by) Taylor Swift.

Did Nicole Kidman cut up her Oscars dress?

Let's face it — those Oscar gowns might be glamorous, but there's no way they're comfortable. And it looks like Nicole Kidman did something about it. There's speculation that the 2017 Academy Award nominee (or her stylist) cut the straps on her stunning nude beaded Armani Privé Oscars gown at some point during the telecast on Feb. 26 (via Daily Mail Australia) since photos show the straps went from being criss-crossed on Nicole's back when she posed on the red carpet to being tied into a halter with frayed ends when she was photographed walking backstage later in the night.

Two years ago as a contestant on "The Bachelorette," Nick Viall made headlines when he revealed during the "After the Final Rose" special that he and star Andi Dorfman had actually had sex in the Fantasy Suite — and that he was devastated she choose Josh Murray over him in the end — telling her, "If you weren't in love with me, I'm just not sure why you made love with me." Now he's apologized to Andi for making the comment. On the Feb. 27, 2017, episode of "The Bachelor," star Nick got a visit from Andi ahead of his own Fantasy Suite dates, where he was faced with the same "to do it or not to do it" decisions. When Andi asked Nick if he had regrets about what he'd so publicly said to her, he replied (via Us Weekly), "It didn't take until now to probably be like, 'Eh, probably not the best move,' but listen, I do want you to know that my single biggest regret when it comes to you and I, when I said what I said, that it brought you a lot of heartache and a lot of pain. It's something you had to deal with for a long time and I've always felt, you know, bad about that, and I've always cared about you and I still want you to be happy, and for that I've always been sorry." Andi accepted his apology — and also let him know that in her opinion, there's no shame in being intimate with his final three. "You're an adult! I think you have every right to get as intimate as the two of you want in each relationship," she told him.

Protecting the proof! Page Six reports that presenter Warren Beatty — who, along with Faye Dunaway, played a key role in erroneously naming "La La Land" as this year's Best Picture Oscar winner when it was really "Moonlight" — refused to hand over the infamous envelope to Academy Awards security backstage. Warren, the gossip column reported late on Feb. 27, was getting into an elevator with other stars and PricewaterhouseCoopers execs "and they asked him to turn over the envelopes," a source who saw the exchange told Page Six. "[But] he said no, he was going to keep them" — because he wanted the envelopes as proof he wasn't responsible for the epic blunder. (The accounting firm has since accepted responsibility and apologized, as has the Academy.) "Warren can be a bit paranoid," the source explained, "with his politics and everything." Vanity Fair reported on the same elevator incident, revealing that Warren told Oscars stage manager Gary Natoli of the envelopes, "I'll give them to ['Moonlight' director] Barry Jenkins at an appropriate moment." Warren was then seen carrying the evidence at an afterparty.

Justin Timberlake and Jessica Biel get real on parenting a toddler

They might look like the perfect couple who have perfect lives, but Justin Timberlake and Jessica Biel say they're struggling with parenthood just like everyone else. The pair opened up about raising son Silas, who turns 2 in April, while on the 2017 Oscars red carpet. "He does not want the diapers changed," JT told "Entertainment Tonight" (via People). "He's hitting his terrible twos a little early, so we're hoping he'll get out of them a little early." The music star also admitted that being a dad "is really hard and I don't know what the hell I'm doing." Jessica got even more real: "[Silas] is doing amazing, but it's one of those things where you're like, 'I love you, but I don't know if I like you.'" 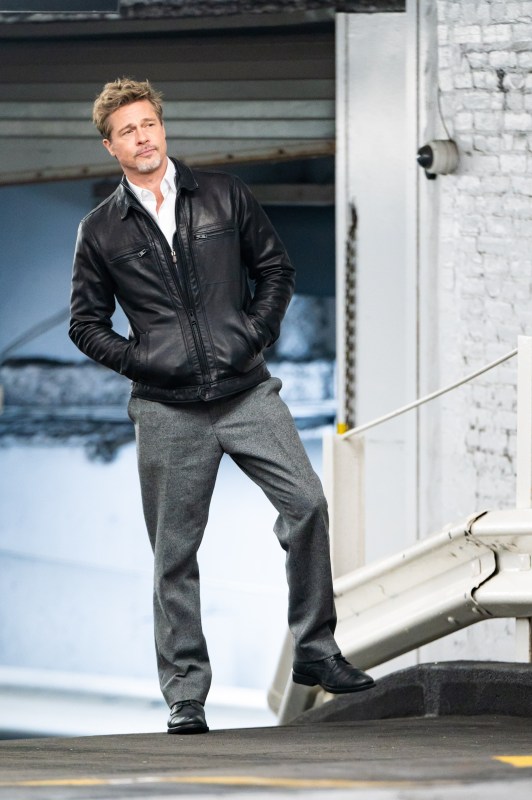