Is there a new man in Lady Gaga's life? It's been five months since Lady G. split from her then-fiance, Taylor Kinney. And while he's reportedly started a relationship with someone else, the Mother Monster seems to have been focused less on romance and more on promoting her new album and other projects in recent months. But on Monday, Dec. 19, the singer reportedly stepped out in Los Angeles with a dark-haired hottie at the Tower Bar on Sunset Boulevard in Los Angeles. "It looked like she was on a date with a very handsome man," a source told the New York Post of the pair's evening out. "They looked very cozy and canoodly." The "Bad Romance" crooner has never been particularly shy about sharing her feelings on love and men. After calling it quits with Taylor, she appeared on "CBS Sunday Morning" and opened up about her past relationships. "I think women love very hard," she said. "We love men. We just love with everything we have. And sometimes I don't know that that love is met with the type of dignity that we wish it would be met with."

Kim Kardashian and Kanye West are not in couples counseling

After a tumultuous year, Kim Kardashian West and Kanye West are starting to find peace again, both within themselves and within their marriage. Divorce rumors have plagued the couple since Kanye's breakdown, which came close on the heels of Kim's robbery. But multiple sources have told multiple outlets any outward signs of discord between the two are a byproduct of what they've been going through. "They are not in couples counseling, but Kanye does still see a therapist every day. He's doing a lot better," an insider tells Us Weekly referencing an OK report about Kimye's alleged therapy bills. "He's definitely getting better at saying no to projects." The source adds that the pair's "bond is still very strong," echoing what another source told the tab earlier this year. "It's just been hell for them," said the source. "Kanye's behavior took a huge toll on their marriage. But Kim feels relieved he is getting the help he needs. She thinks this is what it will take to save him — and help their marriage."

Motherhood does a lot to change a woman's perspective on life. But some of those changes have very little to do with child-rearing. For Chrissy Teigen, giving birth to her daughter, Luna, made her feel sexy in a way she hadn't before. "I always felt like a bit of a tomboy, and I never looked at my body as particularly sexual — I wasn't a curvy girl," she recently told Elle Australia (via the Daily Mail). "But to be able to see my body afterwards, and of course you get, like, hips. Finally, for the first time, I feel like I have a bit more of a womanly figure … I think you just feel really feminine." Chrissy and John Legend welcomed Luna Simone Stephens, their first child, in April.

Uh, none of your business? That might as well have been the response Jennifer Lawrence and Chris Pratt gave an interviewer from o Australia's KIIS Summer Fling radio show this week when she asked them to name the "most adventurous place" they'd each had sex. Initially, Chris offered the old mile-high club response while Jennifer said "I don't really have anything. I like being safe … that's what really turns me on, feeling safe," according to JustJared. The "Passengers" costars then walked right out of the interview.

As Brad Pitt and Angelina Jolie continue to navigate their post-split family therapy agreement, reports continue to pour in suggesting the parents of six are fighting at every turn. That may not be the case. This week, GossipCop slammed InTouch for reporting a therapist had to be talked out of quitting after Angelina allegedly named the aid in a recent court filing. The story also claims Angie refused to accommodate a request from Brad that he be allowed to spend time with the kids at Christmas and that "tensions" between the children are intensifying, with the boys and girls seeing their dad in two different lights. A source tells the website the story is wrong. "The kids are getting along and there is no battle across gender lines with respect to visitation time," says the insider.

Prince William's been protecting his little brother, Prince Harry since Day One — or at least, Day Five. In soon-to-be auctioned letters from Princess Diana to her friend, Buckingham Palace Steward Cyril Dickman, the young royal shares details about her family when her boys were both very young. "Dear Cyril, it was so very kind of you to have sent us such a lovely card, on the arrival of our small son—we both were greatly touched by your thoughtfulness and enormously appreciated it," Diana writes in one letter (via E! News). "William adores his little brother and spends the entire time swamping Harry with an endless supply of hugs and kisses, hardly letting the parents near!" In another letter dated October 1992, the boys are older — and Harry's clearly starting to come into his own. "The boys are well and enjoying boarding school a lot," she writes, "although Harry is constantly in trouble!" The letter are set to be up for sale Jan. 5, 2017.

Kevin Jonas dishes on the truth about having a second child

Kevin Jonas and his wife Danielle became parents of two in October when they welcomed their second daughter, Valentina. And as they recently revealed to People, having two kids instead of one — their daughter Alena arrived in 2014 — can be challenging. "I think [Danielle] was more of a wreck than anyone else," Kevin admitted. "It definitely became very real 'cause you're in the moment, you're obviously going through labor and she has the baby and it's euphoric and awesome. And then reality strikes in when your other one walks in the door." Danielle agreed. "It's been definitely crazy and a learning curve," she said. "It feels like you have five kids when you have two because you're juggling. But [Alena's] very, very good."

Why Kendra Wilkinson told her son about Santa

At Christmas time, Kendra Wilkinson values honesty above tradition, at least when it comes to Santa. Speaking to E! News this week, the mother of two explained why she her son, Hank, the truth about the season's main man. "I did spill the beans to little Hank about Santa," she said of her revelation to her 7-year-old son. "It was a rule: If he asked me twice, I'm not going to lie to him. This day in age, they're on the Internet. People are finding things out earlier. I want Little Hank to know that he can rely on me for his truths, not his friends and now I can go home and really teach him that this is what the holidays are about." At some point, she may take the same approach with her 2-year-old sister. "He's having a good time pulling the trick on [his younger sister] Alijah," she said. "He loves being involved with the Santa thing. We'll play it by ear with her."

Earlier this month, Jennifer Aniston stopped by "Jimmy Kimmel Live" and chatted about the suitors she liked for "Bachelor" star Nick Viall. This week, Nick chatted with Us Weekly and dished on his reaction to having Jen as a fan. "I think it's fascinating," he said. "It's pretty cool that Jennifer Aniston says you're awesome and is rooting for you, so I have no complaints. It's a surreal thing, and it was pretty cool … I think in the past, being a Bachelor fan was like a guilty pleasure, and now it's cool, almost. You know? You have celebrities as fans, and I think that's kind of a fascinating thing. It's neat." Jen's picks included business owner Corrine, 24; Pilates instructor Whitney, 25; 29-year-old Elizabeth, who works as a doula and 31-year-old attorney Rachel. 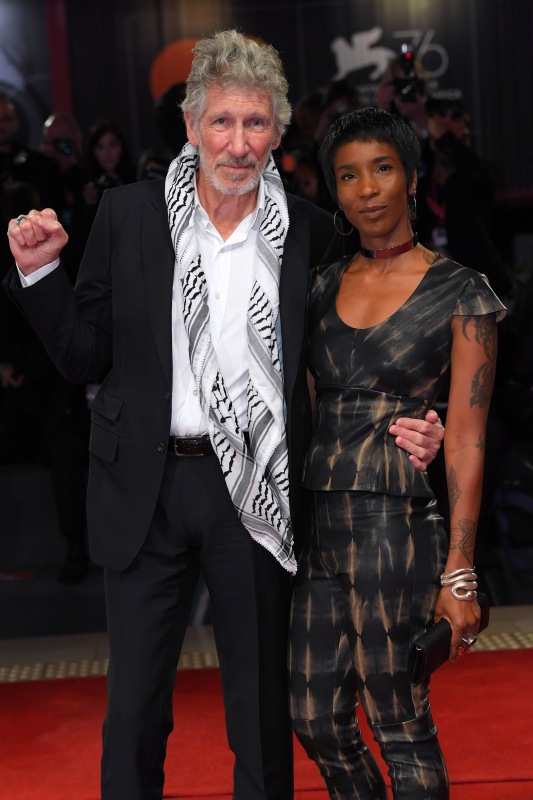