Matthew McConaughey is seriously considering running for office in Texas

Gov. McConaughey does have a nice ring to it … Back in November, Matthew McConaughey told Stephen Colbert he had "no plans" to pursue a future in politics "right now," but he left the door open as far as the future. That future could well be upon us. Asked if he'd be open to running for governor in his home state of Texas on a new episode of "The Balanced Voice" podcast, the Oscar winner called a 2022 gubernatorial win "a true consideration," according to EW, "I'm looking into now again, what is my leadership role?" he explained. "Because I do think I have some things to teach and share, and what is my role? What's my category in my next chapter of life that I'm going into?" The 51-year-old star has previously said he thinks "politics is a broken business," telling Hugh Hewitt he could be "a lot more interested" if and when "politics redefines its purpose." His goal whether he pursues it via a political path or not, he told Hugh, is "to get behind personal values to rebind our social contracts with each other as Americans, as people again." Texas Gov. Greg Abbott, who recently came under fire for dispensing with his state's mask mandate amid alarming numbers of COVID-19 cases, is up for reelection next year.

The Weeknd is boycotting future Grammy Awards after this year's snub

The Weeknd's war with the Grammys is far from over. In a new report from the New York Times, the singer says he plans to boycott the Grammy Awards in the future after his hit album, "After Hours" and single, "Blinding Lights," were snubbed. "Because of the secret committees, I will no longer allow my label to submit my music to the Grammys," he tells the Times. The Recording Academy's interim CEO responded by telling the outlet that while, "we're all disappointed when anyone is upset," he's confident the Grammys "are constantly evolving." The 2021 Grammy Awards air Sunday, March 14.

RELATED: The biggest Grammy snubs and upsets in history

Demi Lovato's recovery from substance abuse and eating disorder issues has taken a new path in the wake of the 2018 overdose that nearly killed her. It's one she chose and as she tells Glamour in the magazine's April cover story, it's about balance, not black-and-white thinking. "It's really interesting, finding that balance," Demi says of her new approach to life. "Once I really did find it, my whole life fell into place the way it was supposed to." Rather than diet (or binge), Demi now engages in what she calls "legalizing" food, which basically means "listening to her body," according to Glamour. She's started applying the same approach to substances in the interest of avoiding an "all-or-nothing world" she worries will inevitably lead her to fail. "I called [my recovery case manager] and was like, 'Something's not right,'" she recalls. "I'm living one side of my life completely legalizing and this other side following a program that's telling me if I slip up, I'm going to die.'" She then told him, "I think I want to try this balance thing in the substance side of my life too." Her team was nervous, she says. "But they were like, 'She deserves this opportunity to make that choice for herself.' So I did." She now allows herself access to alcohol and the occasional herbal indulgence, but says she's sober when it comes to the substances involved in her overdose. "A one-size-fits-all solution does not work for everybody," Demi reasons before concluding, "autonomy, for me, is what changed my life."

Kim Kardashian and Kanye West are reportedly not speaking

Kanye West is no longer speaking to his soon-to-be ex-wife, Kim Kardashian West, according to Page Six. "Even before Kim filed for divorce," a source tells the outlet, "Kanye changed his numbers and said, 'You can contact me through my security.'" The main reasons Kim would reach out to her estranged husband's team at all, of course, are the couple's four children, who they've reportedly continuing to co-parent despite Kanye's phone situation. The Page Six source notes that Kim still "trusts" Kanye with North, Saint, Chicago and Psalm West, and gives him space to "hang out" with them at home, but only when she's not there. "They have an army of nannies so the transition is easy," the insider said. In the wake of Kim's February divorce filing, the pair have reportedly settled on joint physical and legal custody of the children. However, Kanye's spent much of 2021 at his ranch in Wyoming.

Prince William has addressed claims made Duchess Meghan in the Sussexes' Oprah Winfrey sit-down that a member of the royal family voiced "concerns" and about "how dark" the skin of the couple's unborn son might be during Meghan's first pregnancy. According to Yahoo, William and Kate tend not to answer questions lobbed their way from reporters on official royal engagements. William made an exception to that informal rule on Thursday, March 11, during a visit to a school that was reopening. Asked, "Is the royal family a racist family," William told a Sky News journalist, "We are very much not a racist family." The reporter also asked William if he'd spoken to his brother since the interview, which aired over the weekend. "No, I haven't spoken to him yet, but I will do," William said. (A source told Page Six this week the brothers have since "opened communication channels.") While speaking to Oprah with Meghan at his side, Harry refused to reveal who made the comment about his son's skin color, but said he was "shocked" by it. He later conceded that it was neither Queen Elizabeth nor Prince Philip. Harry and William's relationship has come under scrutiny in recent years, with British tabloids declaring a "royal rift" between the brothers has developed. Harry seemed to confirm that tension in the interview when he told Oprah that while he loves his brother very much, "the relationship is space." He added, "Time heals all things, hopefully." The palace previously issued a statement saying the entire family was "saddened" to learn how bad things were for Harry and Meghan and said the issues raised by the couple would be "addressed privately."

As Rihanna's Savage x Fenty lingerie line continues its booming sales trend — the brand is now reportedly worth $1 billion, according to Forbes — the singer's preparing to diversify. Earlier this month, Rihanna filed to trademark the name, Fenty Hair. The trademark covers a variety of hair care products and tools including hair colors, hair glitter and straightening, waxing and relaxing products, JustJared reported this week. The hair care expansion comes after Rihanna and French luxury group LVMH announced they were putting the breaks on that collaboration, likely because of sales rends during the ongoing coronavirus pandemic.

After the loss of two pregnancies, "How To Get Away With Murder" star Aja Naomi King is pregnant and feeling positive. Sharing a photo of her baby bump-centric silhouette on Instagram on Thursday, March, 11, the actress, 36, reflected on what it means to be expecting following her recent experiences. "Baby King 👑," she wrote in the caption. "I really can't begin to express the fullness of our immense joy to be welcoming a baby into our family. With that I also want to express that this beautiful journey has not been devoid of heartbreak." Calling her unborn child her "rainbow baby," Aja went on to praise the woman "who have openly shared their miscarriages," saying their honesty "brought me solace in a time that was incredibly painful to know I wasn't alone." She continued: "I suffered two miscarriages and even now trying to capture what it felt like in words is simply absurd to me because I will never have language enough for it. At first I wasn't sure about sharing my experience because I felt like so many other people had way worse experiences than I did, but I realized that I can't treat pain like an Olympic sport, as if it's a competition and only those who have the worst stories win the right to talk about it. …" Before signing off, she admitted "it's been hard to not carry my fear with me throughout this pregnancy," then assured others who may have been through what she has, "you don't have to carry the weight of it alone."

Like most of us, Olivia Wilde seems to be counting down the days until normal life resumes. The actress and director turned 37 on Wednesday, March 10, and marked the occasion with a makeup-free selfie from bed. "Ok, 37, let's f—— go," she captioned a post on her Instagram Story. "Thank you for my birthday love. I wish we were all dancing in a sweaty bar." Page Six also spotted Olivia receiving a giant bouquet of flowers and a box of chocolates at the home in London she's now sharing with her ex, Jason Sudeikis, and their kids, while he films "Ted Lasso" across the pond. Olivia's boyfriend, Harry Styles, was reportedly staying with her in London as well before returning to Los Angeles to shoot a performance for the Grammy Awards on Sunday.

The "Creed" franchise has a third edition in the works — and a new director. Michael B. Jordan and MGM announced this week that "Creed III" — another sequel in the big-screen story about the son of boxing legend Apollo Creed — will serve as the actor's directorial debut. He'll star in the upcoming film, as well. "Directing has always been an aspiration, but the timing had to be right," Michael, 34, said in a statement (via THR). "'Creed III' is that moment — a time in my life where I've grown more sure of who I am, holding agency in my own story, maturing personally, growing professionally, and learning from the greats …," he continued, citing Ryan Coogler, who directed the first two "Creed" movies with Stephen Caple Jr., and Denzel Washington as mentors. "Creed III" is due out Nov. 23, 2022. 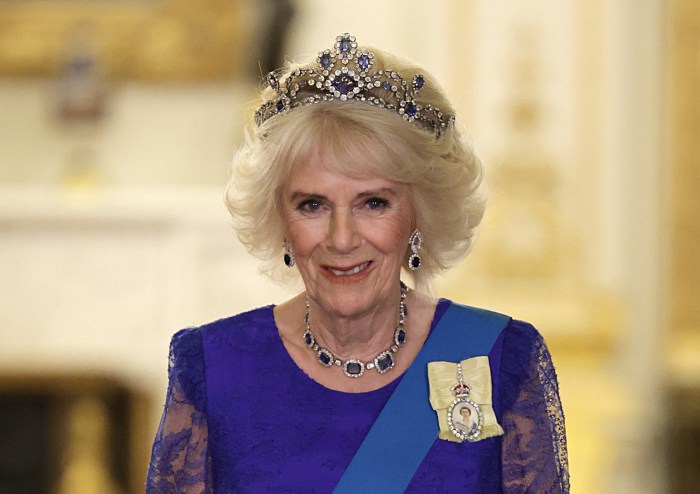