Helicopter pro tip: Get a chauffeur. That's what we learned when Blake Shelton stopped by "Jimmy Kimmel Live" this week and opened up about his downtime with Gwen Stefani on the ranch he owns in Oklahoma. Asked if he takes Gwen "on 'Bachelor'-style helicopter dates around the area," Blake admitted he does. "We use that thing a lot. It gets a lot more use than you would think," he told Jimmy (via Us Weekly). "I don't fly it. I don't know how to fly it. So we use somebody else because in order to fly in it you need to be drinking. In order to be able to settle in and really enjoy, you gotta have some drinks and you shouldn't be flying. Everybody knows you shouldn't be drinking and flying." When Blake — or his helicopter driver — aren't in charge, the couple seems to find other fun things to do. "She took me to Disneyland," he said, sharing a memory from a recent trip. "Then she drove me down the street to the house she grew up in and then the house that they used where they basically created No Doubt and wrote a lot of the songs and rehearsed everyday on Beacon Street down there." He added that Gwen couldn't help but take some photos of herself at the iconic home where her band recorded one of their milestone albums. "The houses … they've been sold and bought or whatever, so if you look out your window and Gwen Stefani is standing in your lawn taking selfies — and this happened, I was down there just a couple months ago," said Blake. "She was like, 'Oh my god, there's my house.' She jumps out of the car and is standing in these random people's lawn. They may not even know they live in the house she grew up in, you know, and she's taking selfies in front of it. It was cool."

RELATED: Gwen Stefani and Blake Shelton hit the mountains on a mini-vacation

In recent weeks, Kim Kardashian West and Kanye West have been dodging rumors that their relationship could be headed south. While they've both had difficult personal experiences to overcome, though, an insider tells E! News, the couple remain committed to one another. After seeing them together at their home in Los Angeles on Wednesday, Dec. 14, the source had no doubt the two are working through their own traumas — Kim's robbery and Kanye's breakdown — without compromising their marriage. "They were very sweet together and were very much together," said the source. "They are going through a lot but from what it seems like they are doing it together and getting through it, It's been a very rough year for her."

Could Ryan Reynolds and Blake Lively be any cuter? The lovebirds and their daughters celebrated Ryan's star on the Hollywood Walk of Fame this week, while proving marriage and kids don't have to put a damper on romance. "You are the best thing that has ever happened to me," Ryan told Blake while accepting the star (via the Daily Mail). "You make everything better. You make everything in my life better. You've given me two of the most incredible children I've ever hoped to have." Blake was similarly overcome with emotion. "Proud is a pitiful word to describe how I felt today," she later wrote on Instagram. "@vancityreynolds The permanence of your impact is undeniable …Always has been, but now we have a fancy 🌟to show for it. 😊" Congrats!

Christie Brinkley steps out for a date with David Foster

New couple alert? The New York Post reports Christie Brinkley stepped out with music producer David Foster in New York this week for a date that included dinner at Ralph Lauren's Polo Lounge, a quick "hello" to Hillary Clointon and some jazz at the Blue Note. "Christie and David were on a date, and Hillary came over and greeted them. She gave Christie a warm hug," an onlooker told the tab. Later, at the club, Chris Botti reportedly invited Christie onstage. The iconic model obliged and showed off her drum skills, playing along with the band. Although a source dismissed the outing as nothing serious, the Post notes Christie, who broke things off with John Mellencamp earlier this year, has more than music in common with David: They've both been married four times.

Ashlee Simpson teams up with Evan Ross on new music

Now that she's married with a second child at home, Ashlee Simpson is ready to get back to making music — and she has a new collaborative partner in her husband, Evan Ross. "We're working on an album together. So in the new year, that will be happening!" she recently told Us Weekly. " It's been really fun to work together. … This way we can tour together! I'm definitely excited. I love working with my husband." Ashlee and Evan went on to say their sound is "soulful, fun and reflective of music that [we] both like," and added that they plan to record solo projects after they finish the one they're working on together. "I think being a mom kind of took the place of [music]," she explained, referring to her son, Bronx, and daughter, Jagger. Evan, however, said his wife never really gave up music even though she hasn't released an album in eight years. "Music is something so important to both of us," he said. "So we'll release this album and then she'll work on hers."

Christina Aguilera turns 36 on Sunday, Dec. 18, and she's already started celebrating. In honor of her big day, she threw a Christmas Candyland-themed party at the home she shares with Matt Rutler. Us Weekly reports the bash featured candy-topped trees, blow-up slides, a Hello Kitty bounce house and video game stations featuring her son, Max's favorite game, "Skylanders." "I wanted to let grown-ups experience the joy of being a kid again," she said. It's good to have goals … 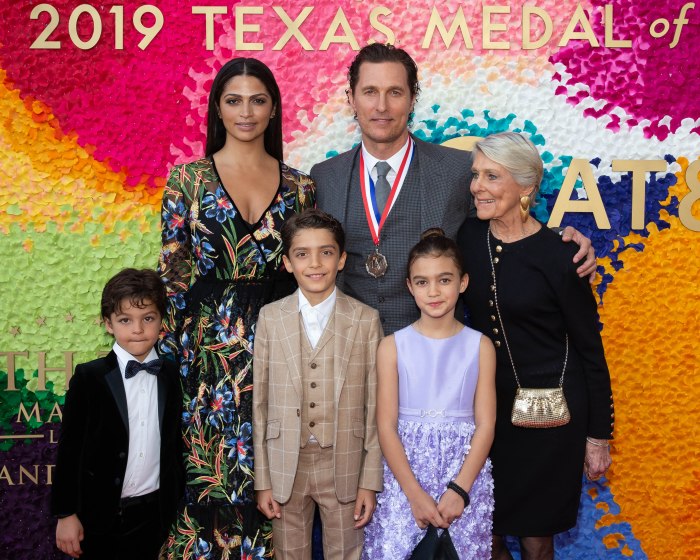