Bradley Cooper says becoming a dad changed him in 'every way'

A little over two years after welcoming his first child with model girlfriend Irina Shayk, Bradley Cooper is opening up about how much fatherhood changed him. "I think, like, every way," he responded to Ellen DeGeneres while on her talk show on Thursday, April 25. "It allowed me to embrace my childlike self without any sort of fear of judgment." Bradley says his 2-year-old daughter Lea gives him the best excuse to act like a kid again. "I can just play with toys all day long," he added, "or watch cartoons endlessly and not think I'm wasting my life. I love cartoons." On a more serious note, the "Avengers: Endgame" star is trying to enjoy his toddler's youth, but also looking to her future. "You think [about] what she's got to look forward to and also the burden of life. It's a lot. The innocence is beautiful to see," he said. Bradley has been linked to Irina since 2015, and while there's been buzz about a possible engagement, the couple has kept their relationship super private.

RELATED: Most memorable moments from Billboard Music Awards past

Taylor Swift is such a mega fan of ABC's "Grey's Anatomy" that she named one of her cats Meredith Grey in honor of the drama's main character, so it wasn't too surprising that she got majorly starstruck over meeting former cast mate Sandra Oh at the Time 100 Gala. Page Six spotted Taylor introducing herself to Sandra at the bash on Tuesday, April 23. The new pals reportedly held hands and snapped photos together while chatting. Before the fan-girl moment, Taylor declared her love for the TV star while performing onstage at the event. "I know Sandra Oh is in the room, which shakes me to my very core," she gushed in between songs. "That's my whole life there." The "Look What You Made Me Do" singer also took a moment to mention that she spent "hours and hours" watching "Grey's Anatomy" as a teen. Maybe she'll name her next pet after Sandra's character, Cristina Yang.

Pete Davidson and Kate Beckinsale pumping the brakes on their romance

Pete Davidson and Kate Beckinsale couldn't keep their hands off each other when they were first linked back in January, but their whirlwind romance is already cooling down. "Pete and Kate got super serious very fast but they've decided to slow things down a bit," a source told People on Wednesday, April 24. "They're still dating as of now." But a different insider at ET Online insists they've gone farther than pumping the breaks and actually called it quits: "They're still friendly but are not on romantic terms." Either way, it's apparent that something isn't working in their relationship. In Touch claims that Kate living in Los Angeles and Pete being in New York has played a part in their rift. "They rushed into the relationship and fell head over heels without thinking about the logistics," the source explained. Before dating Kate, 20 years Pete's senior, he was engaged to Ariana Grande.

Miley Cyrus is going the extra mile to show her love for hubby Liam Hemsworth after the premiere of his new movie "Avengers: Endgame" earlier in the week. The "Malibu" singer gushed over her hunky man with an Instagram post on Wednesday, April 24. "I'm literally freakishly obsessed with husband right now," she captioned a close-up shot of Liam's face taken at the Los Angeles premiere. "Like always has been always will be, but RN its EXTRA compulsive." Miley also posted a video of the couple at the big event, in which she's jokingly licking Liam's chest on the red carpet. "When he looks good enough to eat," she captioned the clip, adding a few seductive hashtags, like #Snack and #SugarDaddy. The lovebirds were together for nine years on-and-off before very-quietly getting hitched in December of last year.

Gal Gadot is a real life superhero, at least in the eyes of Chrissy Teigen's daughter Luna! The "Wonder Woman" actress swooped in to save the day when she found out Luna lost her action figure from the movie. "Let me know if you need a new one and give Luna a kiss for me," Gal replied to an Instagram post from Chrissy on Wednesday, April 24. Chrissy shared that she's been obsessively looking for the lost doll, but solved the mystery when she spotted it in a photo of her kids at the grocery store. "Luna been freaking because we lost Wonder Woman somewhere," she captioned a picture of Luna, 3, and Miles, 11 months, with the toy on the floor behind them. "It was driving me crazy. Now I know it's at Whole Foods Santa Barbara." Aside from Gal, other stars, like Melissa Joan Hart, chimed in on the cracked case, writing, "Great detective skills mama!" Halle Berry simply commented, "OMG," while Olivia Wilde laughed, "Bahahaaa." Let's hope Luna holds on to her new "Wonder Woman" tight.

Audrina Patridge's daughter Kirra cleared to be on 'The Hills'

When Audrina Patridge first signed on for MTV's "The Hills: New Beginnings," her ex-husband Corey Bohan was totally against their daughter, Kirra, being on the reboot, but he's since changed his tune. The Blast uncovered court documents from the ex-couple's divorce proceedings, in which the former BMX rider agrees to allow Kirra to film on the show as long as Audrina runs any other appearances by him for approval first. While Corey submitted the paperwork giving his daughter the go ahead in January, Audrina has yet to sign off on the deal — though their split was finalized at the end of last year. The news of Corey's approval comes as a surprise since he's been very vocal about the matter in the past. "I refused to think it's ok for our 2yr old daughter Kirra Bohan to be shown & exploited on Reality TV," he wrote on Instagram. "Not just my child but anyone's for that matter (sic)." Audrina is set to return with Heidi Montag, Stephanie Pratt and Whitney Port for "The Hills" sequel series this June.

Pamela Anderson is still fuming after storming out of a fundraiser in France this week over re-allocated donations. The former "Baywatch" star allegedly walked out of the gala, hosted by football team Olympique Marseille (her boyfriend Adil Rami plays for the team) , when she learned that $112,000 raised for poverty-stricken children was instead being given to the post-fire Notre Dame Cathedral efforts. On Wednesday, April 24, Pam took to Twitter to voice her disappointment, writing "Surely the children suffering in Marseille could have used the 100,000 € more than the church that has already received over a billion in donations by billionaires." She continued, "I hope they will reconsider and give where it is needed. To the community here in Marseille where it was intended. And would go much further in making lives better." Following the charity event, Olympique Marseille told AFP that $490,119 was in fact raised for the children, though they haven't directly replied to Pamela's gripes as of yet.

Kodak Black just can't seem to stay out of trouble with the police as of late! The "Wake Up in the Sky" rapper was arrested on weapons charges last week (mugshot pictured) and now, the spotlight is on guys in his crew who got busted during his concert in Washington D.C. on Wednesday, April 23. According to TMZ, FBI and local police raided a tour bus parked outside of his show and found four Glock handguns, leading them to arrest five men for carrying without a license. Authorities could only confirm that the bus was connected to Kodak's tour, but a rep for the artist insisted he was not directly involved, saying, "Kodak was 100% not arrested, he is en route to NYC for his sold out show tomorrow night at United Palace." FBI agents allegedly tried to enter the concert venue during the shakedown, but were not allowed inside. Kodak just got out on bail after being taken into custody on April 17 in Niagra Falls, where he was caught driving with a gun and marijuana.

Lawsuit against Luann de Lesseps dropped by her children

Luanne de Lesseps finally seems to be out of hot water with her ex-husband, Alexandre de Lesseps, and their two children, Victoria and Noel. According to Page Six, a "stipulation of discontinuance" was filed on Wednesday, April 23, putting a stop to the lawsuit her family filed against her last summer. The civil drama started when the "Real Housewives of New York City" star sold their $8 million Bridgehamptons home and used some of the money to buy herself new digs. But as part of her divorce settlement in 2009, she agreed to vest the house into a trust for the kids. The details behind the sudden cease fire are still unknown, but Luanne could be getting back into her children's good graces since doing two short stints in rehab for alcohol addiction last year. Following the good news, she told Bravo's Andy Cohen, "Everything's great. Everything's great with my kids."

Teresa Giudice's husband Joe Giudice was released from prison in March, but she nor her four daughters, Gia, Milania, Gabriella and Audriana (pictured), have been able to see him since. Joe is being held at an immigrant-detainee facility in Pennsylvania while his family appeals a judge's order to deport him back to Italy following his 41-month jail stay for bank fraud. "The facility where Joe is being held does not allow for contact visits," Joe's lawyer James J. Leonard Jr. told Us Weekly of the "inhumane" rules on Wednesday, April 24. "Joe does not want to put Teresa and the girls through the horrific ordeal of driving several hours to visit him and not be able to hug him. They would be restricted to talking on a phone while separated by Plexiglass." Meanwhile, the "Real Housewives of New Jersey" star is doing everything in her power to keep her hubby at home, even creating a petition to gain public support asking President Trump to reprieve him. "Please help our family by signing this petition, the bond & closeness I have with my father I hope & pray my girls have with Joe," Teresa wrote on Instagram. "Love to you all." 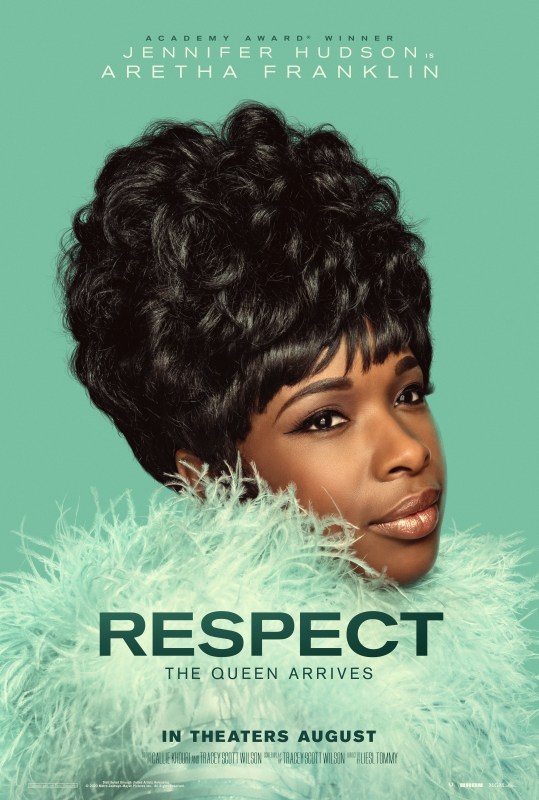 Up Next Movies are back