This is every NFL fan during the week of the Super Bowl.

Victoria Justice doesn't really drink, but she's still no stranger to getting toasted.

Sorry, Steven Spielberg, but the Beatles did it better.

The Kardashians would love if Blac Chyna just ran away from them too.

Chris Hemsworth and Jimmy Fallon were both caught red-handed… we just don't know what they did.

Prince William, if you look closer, you can probably find those sh–hole countries.

This is how Scott Disick probably prefers Kourtney Kardashian these days: her mouth full and unable to yell at him.

Who does Busy Philipps gotta call to make this rainy weather stop?

Gillian Anderson bet on the Jaguars and Vikings to go to the Super Bowl.

Pop quiz: Who has a bigger wingspan, Ozzy Osbourne or the bat who's head he once bit off?

When you yell "surf's up" in front of Hugh Jackman, this happens.

This is how Ruby Rose and Karlie Kloss look before putting their lipliner on.

Nicole Kidman is all of us upon hearing President Trump's thoughts on Haiti.

Dear Alessandra Ambrosio, where do we put the stamp?

With catching skills like this, Paul McCartney is already looking he'll be the first-round draft pick for the Cleveland Browns.

Ray J with that look — you know, the one you have when you know you're on the verge of seeing a catfight in a nightclub… or on "Real Housewives."

This is how we feel listening to Piers Morgan sometimes too.

In this cold weather, they say to put on a brave face — and this is what we got from Priyanka Chopra.

While still a bachelor, Bryan Abasolo was much more into astrology and full moons.

Alicia Arden used to star on "Baywatch," but now she sucks.

…and Margot Robbie thought today was going to be a breeze.

Whether she's eating food at a game or talking about Kris Jenner, Caitlyn Jenner's message is the same: Stuff it.

Lady Gaga is the hide and seek champion.

If only moviegoers ran this fast to Hugh Jackman's films.

Here's proof that Aziz Ansari was an animal (style)* at the Golden Globes afterparties! (*It's an In-N-Out Burger joke)

Snoop Dogg has come a long way — he spits more than lyrics now!

Do Jennifer Lopez's kids love her style? Fur sure.

This isn't a strip club, Will Smith.

Don't tell Nina Dobrev she's behind when it comes to fitness.

From the looks of it, Julia Roberts would like to bury Lucas Hedges where he stands.

Something sure is fishy with Vanessa Hudgens, right?

Gisele Bundchen moves better than most football players trying to tackle her husband.

Whether we're talking a towel or Russia, it seems that Donald Trump Jr. is always involved in some type of cover-up.

When Britney Spears covers her mouth like this, you have no idea that she's lip-syncing.

Jerry O'Connell actually will have some fries to go with that.

Leslie Jones wants no part of this.

Jack Black is the last face you see before the trunk of the car is closed.

Is Dax Shepard really this in-demand, or are we getting Punk'd?

In order to help her team win a basketball game, Bella Hadid thought yelling at the Knicks was the way to a victory. 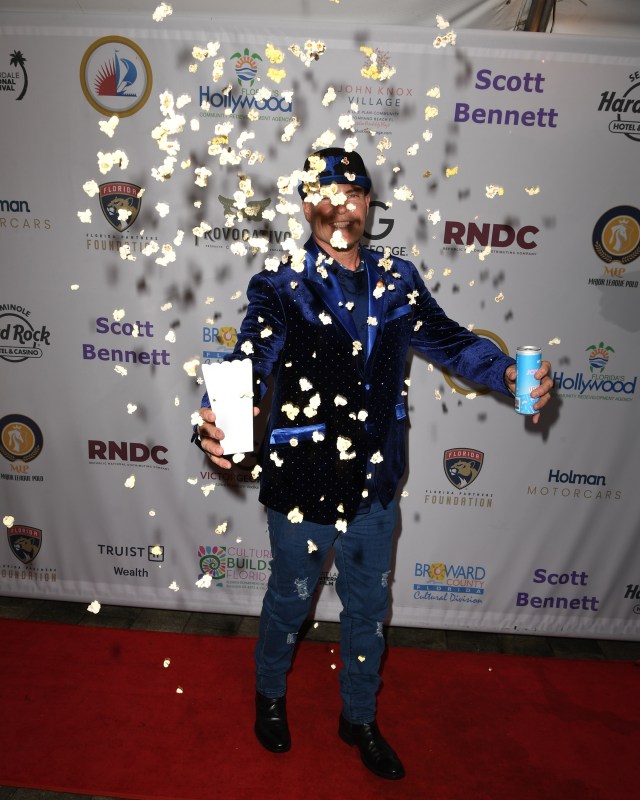