Glenn Close has already had a pretty major 2019 — and we're only a few months into the year. To celebrate the legendary actress's 72nd birthday on March 19, 2019, Wonderwall.com is taking a look back at her life in pictures. Keep reading for more…

Glenn Close was born on March 19, 1947, in Greenwich, Connecticut. Her father, William, was a doctor and her mother, Bettine, was a socialite, but despite their occupations and the future star's birthplace, Glenn has said her family opted to not get involved in WASP society, and her childhood was anything but ordinary. At age 7, her family joined the Moral Re-Armament, a conservative religious group that for all intents and purposes was a cult. The Moral Re-Armament ruled what the family wore and what she could say, and despite this difficult, strange time in her life, Glenn (seen here as a young woman circa 1983) credits it with amping up her desire to become an actor.

After graduating from Rosemary Hall boarding school in 1965, Glenn Close joined a traveling singing group, Up With People, whose mission was to inspire young people to make a difference in the world. It was there that she met her first husband, guitarist and songwriter Cabot Wade, whom she married in 1969. The marriage didn't last: Glenn (seen here in 1983) and Cabot called it quits in 1971.

Glenn Close was 22 when she left the Moral Re-Armament cult her family had joined. After breaking free, she enrolled at the College of William and Mary, where she majored in both theater and anthropology and started honing her acting skills. Glenn (seen here in 1982) trained under Howard Scammon, the university's esteemed theater professor, and graduated in 1974.

After college, it was time to get to work. After graduation, Glenn Close made her television debut on "Great Performances" in 1975. She spent the rest of the decade nabbing roles in TV movies like 1979's "Orphan Train" and "Too Far to Go." But it wasn't just the small screen that was calling — she also performed on Broadway in the 1970s and earned her first Tony Award nomination in 1980 for her starring performance in the hit musical "Barnum" opposite Jim Dale.

1980 also marked Glenn Close's transition to the big screen. She was discovered performing on Broadway by director George Roy Hill and asked to audition for the movie "The World According to Garp." She landed the film role — her first — and starred alongside Robin Williams. Her performance was so incredible, she earned her first Academy Award nomination. Fun fact: Though she was only four years older than Robin at the time, Glenn played his mother in the flick!

Another Oscar nom! Glenn Close's film career was on fire in the early '80s. Her next big movie role, in 1983's "The Big Chill" alongside Kevin Kline, resulted in another Academy Award nomination. She also picked up an Oscar nom the following year for her work in 1984's "The Natural" opposite Robert Redford.

Glenn Close's first Tony Award win came in 1984 thanks to her stellar performance in "The Real Thing." She starred alongside Jeremy Irons — who also won a Tony for his work — in the Broadway show.

1984 also saw Glenn Close find continued success on television. She starred in the TV film "Something About Amelia," which garnered stellar reviews and won the Golden Globe for best miniseries or TV film the following year.

Wedding bells rang in 1984 when Glenn Close tied the knot for the second time. This time, the actress wed businessman James Marlas, but like her first union, it didn't last long. The two had split by 1987.

One of Glenn Close's most iconic roles? Psychotic, obsessed bunny boiler Alex Forrest in 1987's "Fatal Attraction" opposite Michael Douglas. Aside from being a huge commercial hit, the film was also lauded by critics. Glenn picked up her fourth Academy Award nomination for her performance in the dark role.

Glenn Close's next relationship was with a man she'd known quite a while. John Starke worked as a production manager on Glenn's film "The World According to Garp," and after she split from James Marlas, there was a romantic spark.

When "Dangerous Liaisons" was released in 1988, Glenn Close earned amazing reviews and another Oscar nom. It also marked the first time she'd received a nomination for a BAFTA, though she failed to take home the trophy at both award shows.

Glenn Close reunited with her old Broadway co-star Jeremy Irons for the well-reviewed 1990 film "Reversal of Fortune" in which they played real-life socialites and aristocrats Sunny and Claus von Bülow. Opposite Glenn, Jeremy won the best actor Oscar and Golden Globe for his portrayal.

1992 marked another Tony Award win for Glenn Close! This time, she took home the esteemed honor for her performance in "Death and the Maiden."

In 1994, Glenn Close met carpenter Steve Beers while performing on Broadway in "Sunset Boulevard." The two were later engaged, though they never made it to the altar before splitting in 1999.

Very fun fact: Glenn Close voiced a character on "The Simpsons" in 1995. Yep, that year, she started lending her voice to the character Mona Simpson, though she shares the honor with a few other actresses. Glenn is seen here at the 46th Annual New Dramatists Luncheon, where she was honored in May 1995.

Though it's hard to believe, in 1996, Glenn Close terrorized children on the silver screen when she starred as the dog-hating villain Cruella de Vil in Disney's "101 Dalmatians." The evil role resulted in a Golden Globe nomination for best actress in a comedy, and the film marked one of her biggest commercial successes to date. She reprised the role years later in 2000's "102 Dalmatians."

Glenn Close took home a Golden Globe for best actress in a miniseries or TV movie in 2004 thanks to her work in "The Lion in Winter" alongside Patrick Stewart.

Glenn Close's first time as a regular on a TV series was a success. In 2003, she joined the cast of FX's "The Shield" for its fourth season as Captain Monica Rawling. This temporary role would pave the way for another major TV show on the same network a few years later.

2006 is the year Glenn Close took another trip down the aisle. She wed executive and venture capitalist David Evans Shaw. They're seen together here in 2005.

In 2007, Glenn Close starred as Patty Hewes on FX's "Damages," a show that was directly pitched to her by the network's execs. The show ran for a successful five seasons and earned Glenn two consecutive Emmy Awards for outstanding lead actress in a drama series. She also became one of the highest paid actresses on cable TV at the time.

Going down in Hollywood history! Glenn Close earned a star on the Hollywood Walk of Fame in 2009. Her spot is located in front of the famed Roosevelt Hotel on Hollywood Boulevard.

Glenn Close brought along a very important date to the 2010 Primetime Emmy Awards — daughter Annie Starke! That year, Glenn was nominated for the third year in a row for her work on "Damages" (and was coming off two consecutive wins) but lost out to Kyra Sedgwick for "The Closer."

Glenn Close started her own nonprofit, Bring Change 2 Mind, in 2010. Inspired by sister Jessie (pictured with here here in 2012) and her sibling's battle with bipolar disorder as well as nephew Calen's struggle with schizoaffective disorder, Glenn wanted to shine a spotlight on mental illness and ditch the stigma.

Glenn Close earned her sixth Oscar nomination for her starring performance in 2011's "Albert Nobbs," the story of a woman living as a man in 19th century Ireland. She also co-wrote the screenplay.

Glenn Close made a trip to Washington, D.C., in 2013 to advocate for the passing of the Excellence in Mental Health Act, which aimed to expand treatment for mentally ill people and give wider access to mental health services. It was signed into law in 2014.

"Guardians of the Galaxy" time! Glenn Close had some fun in 2014 in the role of Nova Prime Rael in the wildly successful flick.

In 2015, Glenn Close and David Evans Shaw called it quits after nearly 10 years of marriage. They're seen here in late 2013.

Glenn Close reprised the role of Norma Desmond in "Sunset Boulevard" on London's West End in 2016 — 23 years after she originated the role on Broadway. The production, which earned rave reviews on both sides of the pond, headed back to Broadway in 2017.

2018's "The Wife" was surrounded by Oscar buzz from the moment it premiered at the 2017 Toronto Film Festival. In the drama, Glenn plays Joan Castleman, a woman who questions the sacrifices she's made and lies she's perpetuated during her marriage to her adulterous author husband as he wins the Nobel Prize in Literature. It earned Glenn a best actress Golden Globe and a SAG Award plus a slew of other nominations (including Oscar). Making the project even sweeter? Her real-life daughter, actress Annie Starke, played young Joan in the film. The mother-daughter duo are seen here at the movie's Los Angeles premiere in July 2018.

Glenn Close caused a stir on the red carpet during award season 2019 when she brought along a very important member of her family — her pup! Her dog, Pip, tagged along at the Independent Spirit Awards, serving as Glenn's date for the evening. He posed for photos and even followed Glenn on stage when she won, waiting by the podium as she gave her speech.

Though she looked like a golden goddess who'd already won, when Glenn Close lost the best actress Academy Award at the 2019 Oscars ceremony, she achieved the distinguished honor of being the most nominated actress without an Oscar win. "The Wife" delivered her seventh Oscar nomination in total and fourth best actress nod. 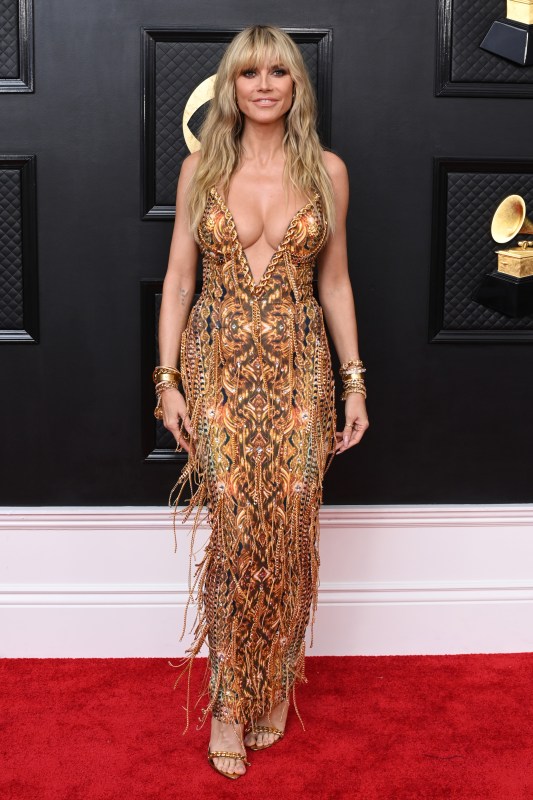