Promoting her new workout video, Kim Kardashian shows us that ANYONE can learn the simple steps to work off that pesky baby fat.

When Heidi Klum and Seal renewed their wedding vows, they decided on a "white trash"-themed ceremony. We're thankful someone snapped a picture to show us that even supermodels cannot pull off cornrows.

At an intimate lunch with their paparazzi besties, Heidi Montag gushed over a dog while Spencer Pratt tweeted about it. Oh, one can only imagine what profound 140-character anecdote he wrote about this touching moment.

At the Japanese premiere of "Star Trek," Chris Pine tries to high five a fan, but the guy totally left him hanging. Ouch. Celebrities have feelings too, you know.

After months of agonizing paparazzi candids of Jen Aniston grimacing and suffering, we're happy to see she's finally looking a little more cheerful. A sharp new fedora will do that for a woman, though.

At the "Night at the Museum 2" premiere, Ben Stiller and Ricky Gervais strike a debonair pose. If someone doesn't cast one of them as the next Bond, we'll be outraged.

Neil Patrick Harris is pretty much as likable as you can get. Add in some free M&Ms and he's just one big ol' ball of love.

After decades of being hounded by the press, Madonna has opted for teaching her children to be obnoxious to the paparazzi.

While waiting for the director to set up a shot, alone in the privacy of a phone booth, Michael Cera finally musters up the courage to teach himself to whistle.

Avril Lavigne gets a little kooky on the red carpet. In all fairness, if we were wearing purple taffeta and black tulle, we'd be spinning around in joy too.

Always one for crazy accessories, Russell Brand dons a cowboy hat, some feathered necklaces, a chain on his belt, and a, um, crystal plate? Could be an award of some sort, but knowing Russell, we're guessing he just brought a crystal plate.

Hugh Jackman and his daughter spend the day scooting around NYC. While his daughter dressed up as Snow White, Hugh was feeling less festive. C'mon, Hugh, you've played Wolverine and you can't break out a Prince Charming getup?

And on an adorable NYC street across town, yet another father and child go for a scooter ride. However, due to the recession, Matthew Broderick has decided to consolidate their scooters.

Amy Winehouse gave a rather disastrous performance in St. Lucia last weekend. It all kinda went downhill when she couldn't get the microphone back on the stand. It's a pretty tricky maneuver.

Josh Duhamel seems to have some reservations about ordering an anchovy-onion- garlic pizza to bring home to Fergie. Even WE wouldn't kiss you after that. 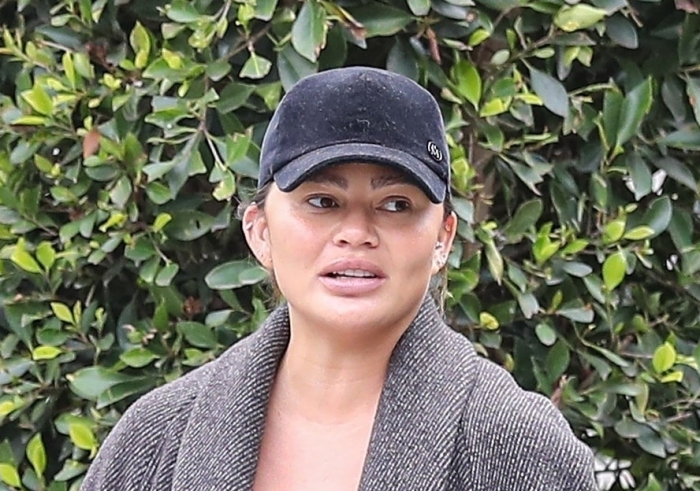