Believe it or not, forever young Matt Damon is turning the big 5-0! In celebration of his milestone birthday on Oct. 8, 2020, Wonderwall.com is taking a look back at the A-list actor's life and career in photos. Keep reading for more about Matt…

Matt Damon is seen here in his 1998 high school yearbook pic from Cambridge Rindge & Latin High in Cambridge, Massachusetts. Ben Affleck's childhood pal went on to study at Harvard University but reportedly dropped out just 12 credits shy of graduating so he could pursue his acting career.

Matt Damon made his big-screen debut in "Mystic Pizza" in 1988, but it wasn't until 1992 when he portrayed antagonist Charlie Dillon in "School Ties" that he scored his first major breakthrough. The film about an anti-semitic '50s prep school also starred Brendan Fraser, Chris O'Donnell, Anthony Rapp and Ben Affleck.

In 1996, Matt Damon portrayed Specialist Ilario in the war flick "Courage Under Fire." The film earned an impressive $100.9 million on a $46 million budget. Matt is seen here alongside Meg Ryan, who played Captain Karen Emma Walden.

On Nov. 18, 1997, Minnie Driver accompanied Matt Damon to the Los Angeles premiere of his film "The Rainmaker." A month later, the real-life couple demonstrated their on-screen chemistry when "Good Will Hunting" opened in theaters.

Little did Matt Damon and Ben Affleck know that they'd be accepting an Academy Award for their work on this film less than four months later! The duo is seen here at the New York City premiere of "Good Will Hunting" on Dec. 4, 1997.

Matt Damon and childhood pal Ben Affleck officially joined the A-list after the film they co-wrote, "Good Will Hunting," opened in December 1997. Gus Van Sant directed the drama — Matt and Ben also starred in it (as did the late Robin Williams) — about a troubled janitor with a genius-level intellect and knack for advanced mathematics.

Matt Damon and Winona Ryder were photographed leaving Miramax Films' pre-Oscars party in Beverly Hills on March 22, 1998. According to People magazine, the duo hit it off after they were introduced by Ben Affleck's then-girlfriend Gwyneth Paltrow at a New Year's Eve party. There was just one problem: Matt's girlfriend of seven months, Minnie Driver, didn't find out that he'd moved on until he appeared on "The Oprah Winfrey Show" and publicly announced that they'd parted ways. Minnie later called the breakup "fantastically inappropriate."

"Good Will Hunting" scored nine Oscar nominations in 1998 including nods for best picture, best director and best lead actor. Matt Damon might have lost the best actor honor to Jack Nicholson, but he and Ben Affleck still walked away victorious: The duo won the Academy Award for best original screenplay during the ceremony in Los Angeles on March 23, 1998.

Matt Damon portrayed the titular soldier in "Saving Private Ryan" in 1998. The film earned five Oscars and was nominated for six more during the 1999 Academy Awards.

Yet another collaboration! Best buds Matt Damon and Ben Affleck joined forces once again for "Dogma," filmmaker Kevin Smith's 1999 movie. Matt and Ben played Bartleby and Loki, two angels who attempt to devise a plan to regain entry into heaven after being kicked out. The film earned $44 million on a $10 million budget.

Winona Ryder and Matt Damon were coupled up at the 57th Annual Golden Globe Awards in Beverly Hills on Jan. 23, 2000. They officially called it quits just three months later.

2000 marked the year in which Matt Damon starred in the Western film "All the Pretty Horses," alongside Penelope Cruz. The movie, which was unfortunately a box office bust that earned just $18.1 million on a $57 million budget, was directed by Billy Bob Thornton.

Matt Damon scored a major box office hit in 2001 with "Ocean's Eleven" co-starring George Clooney, Brad Pitt, Elliott Gould and Don Cheadle, among others. The heist film spawned two sequels and was the beginning of a beautiful relationship between Matt and George, who've since worked together on several more projects including "Confessions of a Dangerous Mind," "Syriana" and "The Monuments Men."

In 2002, Matt Damon earned action-star cred when he portrayed Jason Bourne, a former CIA assassin suffering from extreme memory loss, in the box office hit "The Bourne Identity." The film spawned four sequels including 2012's "The Bourne Legacy," which starred Jeremy Renner. Matt went on to star in the second ("The Bourne Supremacy" in 2004), third ("The Bourne Ultimatum" in 2007) and fifth (2016's "Jason Bourne") installments of the franchise.

On Aug. 22, 2002, Matt Damon walked the red carpet at the Taipei, Taiwan, premiere of his film "The Bourne Identity" with girlfriend Odessa Whitmire, who previously served as Ben Affleck's personal assistant. The duo reportedly connected in September 2001 and split in late 2003.

On July 6, 2004, Matt Damon and Luciana Barroso watched the Red Sox play the Oakland A's at Boston's Fenway Park. According to People magazine, the Oscar winner introduced his new love — a part-time bartender whom he met in 2003 while shooting "Stuck on You" in Miami Beach, Florida — to his friends and family during the trip to his hometown. They got engaged less than a year later and tied the knot in December 2005.

Matt Damon and wife Luciana Barroso welcomed their first child together, daughter Isabella, on June 11, 2006. Matt was already a stepdad to Luciana's daughter, Alexia, from her first marriage. The family of four are seen here during an outing in West Hollywood on Aug. 25, 2006.

A cause for celebration! On July 25, 2007, Matt Damon earned a star on the Hollywood Walk of Fame. "A few times in my life I've had these experiences that are just kind of too big to process and this looks like it's going to be one of those times," Matt said, as reported by The Associated Press. The actor was joined by wife Luciana and mother Nancy at the milestone ceremony.

Matt Damon and wife Luciana Barroso welcomed their second child together, daughter Gia, on Aug. 20, 2008. Two months later, the couple were photographed with their newborn and big sis Isabella at LAX Airport in Los Angeles on Oct. 24, 2008.

In 2009, Matt Damon starred as Francois Pienaar, the captain of the Springboks rugby team, in "Invictus." He scored a best supporting actor Oscar nomination for his work in the film.

In the 2010 romantic thriller "The Adjustment Bureau," Matt Damon played David Norris, a U.S. congressman who comes to the realization that there is no such thing as a chance encounter. As an anonymous, powerful group works to keep David away from the object of his affection, Elise (Emily Blunt), he decides to dangerously defy the predestined path that was forced upon him. "The Adjustment Bureau" earned $127.9 million on a $50.2 million budget.

Matt Damon and wife Luciana Barroso welcomed their third child together, daughter Stella, on Oct. 20, 2010. The Oscar winner took his girls — Lucy, baby Stella and her three big sisters (Gia, Isabella and Alexia) — to a playground in New York City on Sept. 23, 2012.

In 2013, Matt Damon portrayed Scott Thorson, Liberace's chauffeur and lover, in the HBO biopic "Behind the Candelabra." He earned nominations for a Screen Actors Guild Award, a Golden Globe and an Emmy for his performance in the film.

On Nov. 7, 2014, Matt Damon and Ben Affleck reunited at an event in Los Angeles to promote the fourth season of their documentary series "Project Greenlight," which chronicled several first-time filmmakers as they competed for the chance to direct a feature film. The longtime pals executive produced the series, which originally aired from 2001 to 2005 and was nominated for three Emmys over the years.

Matt Damon starred as astronaut Mark Watney in the 2015 critical and box office hit "The Martian." The sci-fi flick earned more than $630 million at the worldwide box office and has a 91% fresh rating on Rotten Tomatoes. It also earned seven Academy Award nominations including a lead actor nod for Matt.

On July 11, 2016, Matt Damon accompanied co-stars Alicia Vikander and Julia Stiles to the world premiere of "Jason Bourne" in London. His return to the hit franchise brought in the big bucks at the box office: The film grossed $415 million worldwide.

The following year, Matt Damon starred as European mercenary William Garin in "The Great Wall." The monster film was a huge hit internationally — it grossed $334 million worldwide — but a disappointment at the domestic box office, only taking in $45.5 million in the United States and Canada. The film made headlines amid claims of whitewashing but Matt defended the Chinese-Hollywood co-production, telling The Associated Press, "The whole idea of whitewashing, I take that very seriously … it's a monster movie and it's a historical fantasy and I didn't take a role away from a Chinese actor. It wasn't altered because of me in any way."

Matt Damon also starred in two satires in 2017 — "Downsizing" and "Suburbicon." Neither film fared very well at the box office, but "Downsizing" received widespread praise from critics. It was chosen by the National Board of Review as one of the top 10 films of 2017, and Matt's co-star, Hong Chau, earned a Golden Globe nomination.

A new best friend? The year after he made a hilarious surprise cameo in pal Chris Hemsworth's movie "Thor: Ragnarok," Matt Damon and his family made headlines when they joined Chris, wife Elsa Pataky and their kids in the Aussie actor's Down Under hometown for multiple vacations in 2018, including this one that April.

Matt Damon has long been a huge Boston Red Sox fan. The Cambridge, Massachusetts, native is seen here with comedian (and New York Mets fan) Jimmy Kimmel — with whom he's long enjoyed a faux feud that's played out on Jimmy's late night show — during game 5 of the World Series on Oct. 28, 2018.

That same night, Matt Damon posed for photos with his date, wife Luciana Barroso, at the Los Angeles premiere of "Ford v Ferrari" on Nov. 4, 2019.

Matt Damon is seen here on location in Cahir, Ireland, while filming the historical drama "The Last Duel" on Sept. 29, 2020. The movie, which was co-written by Matt, Ben Affleck and Nicole Holofcener, sees Matt transform into French knight Jean de Carrouges, who famously fought in the final duel allowed by both the Parliament of Paris and the King of France. "The Last Duel," which also stars Adam Driver and Jodie Comer, is set to debut in theaters on Oct. 15, 2021. Also coming up for Matt? A starring role in the film "Stillwater." He's also serving as an executive producer on the forthcoming Netflix anthology series "The Green Beret's Guide to Surviving the Apocalypse." 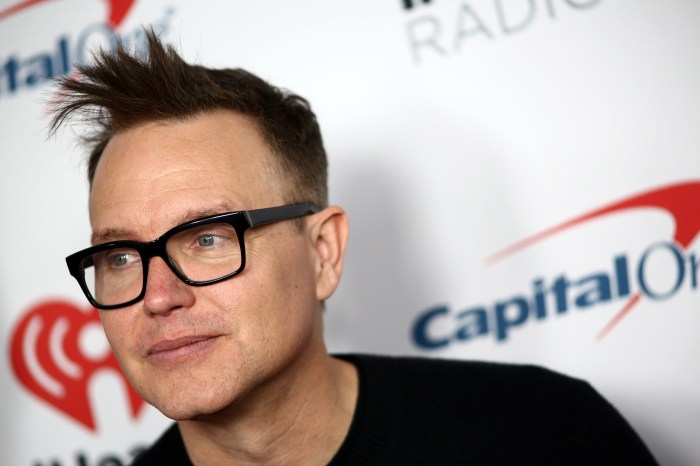