Michael J. Fox has been charming audiences for decades thanks to his solid acting chops, boyish charm and a rare ability to sell both comedy and drama. It's hard to believe that one of his biggest TV shows, the ABC sitcom "Spin City" — on which he played playboy New York Deputy Mayor Mike Flaherty — premiered 25 years ago on Sept. 17, 1996. In honor of its big anniversary, Wonderwall.com is taking a look at the actor and activist's life and career in pictures.

At 15, Alberta, Canada, native Michael J. Fox made his television debut playing a 10-year-old on the Canadian series "Leo and Me." At 18, he dropped out of high school and, with his parents' blessing, moved to Los Angeles (where he posed for this photo in the early '80s) and landed small roles until he got his big break four years later…

RELATED: The best movies and TV shows about time travel

Michael J. Fox became a breakout TV star in 1982 after audiences got to know him as conservative Young Republican Alex P. Keaton on the beloved sitcom "Family Ties." The hilarious and heartwarming series ran for seven seasons.

Although Eric Stoltz was already a few weeks into filming the time-travel classic "Back to the Future," producers decided he ultimately wasn't right for the part and re-cast Michael J. Fox in the role of Marty McFly. The film opened in 1985 to critical and commercial success and made Michael a huge international movie star.

Michael J. Fox was a movie theater staple in the summer of 1985: A month after "Back to the Future" debuted, his next comedy, "Teen Wolf," hit screens across the country. The flick spawned a sequel that starred Jason Bateman (the brother of Michael's "Family Ties" co-star Justine Bateman) and, 26 years later, an MTV series of the same name.

In September 1985, Tracy Pollan kicked off a 13-episode stint on "Family Ties" playing the love interest of Michael J. Fox's on-screen alter ego. The duo really hit it off: They tied the knot in July 1988.

In 1986, Michael. J. Fox won his first Emmy for best lead actor in a comedy series for his work as Alex P. Keaton on "Family Ties." Betty White picked up the female equivalent of the prize that same year for her hilarious turn as ditzy retiree Rose Nylund on "Golden Girls."

In 1987, Michael J. Fox won his second Emmy for playing "Family Ties" overachiever Alex P. Keaton. The following year, he won his third consecutive Emmy for his work on the beloved NBC sitcom.

After enjoying enormous success in comedies, Michael J. Fox proved he could deliver in dramas too. He tugged at heartstrings and played guitar in his role as a factory worker dreaming of rock stardom alongside Joan Jett, who was cast as his troubled musician sister in 1987's "Light of Day." Michael continued his serious streak with a role as an alcohol and cocaine addict alongside Kiefer Sutherland in "Bright Lights, Big City" the following year.

In 1989, Michael J. Fox showed the world he really could do it all: That year, he became a father for the first time (to son Sam), starred in the feel-good sequel "Back to the Future Part II" and earned critical praise for his work alongside Sean Penn in the Vietnam drama "Casualties of War."

Michael J. Fox said goodbye to the role of Marty McFly after 1990's "Back to the Future Part III," the Western-themed third and final installment in the iconic film franchise. He and co-star Christopher Lloyd were joined by Mary Steenburgen in the time-travel comedy.

In late 1990, while shooting the 1991 rom-com "Doc Hollywood" in Florida with co-stars Woody Harrelson and Julie Warner, Michael J. Fox noticed a trembling in his left hand. It was the first symptom of early onset Parkinson's disease. At the time, he was still seven months shy of his 30th birthday. It would be nearly a decade before he went public with his diagnosis.

In 1996, Michael J. Fox returned to TV with the hugely successful sitcom "Spin City," which ran until 2001. He starred as the deputy mayor of New York City on the beloved series and earned an Emmy and three Golden Globes for his efforts.

Michael J. Fox made the 1999 Emmy Awards a family affair: The iconic actor — who was up for best lead actor in a comedy series for his work on "Spin City" that year — was joined on the red carpet by his wife, Tracy Pollan, and his look-alike son, Sam.

Michael J. Fox continued to work in TV and films with great success, all while keeping his struggle with Parkinson's quiet as he sought new ways to cope with the disease. In 1999, he made a movie that charmed little ones — including his own brood, which by now also included twin daughters Aquinnah and Schuyler, as well as son Sam: the adorable comedy "Stuart Little," which spawned two sequels.

Michael J. Fox stunned the world when he went public with his Parkinson's struggle in 1998, revealing he'd undergone brain surgery to lessen the physical symptoms of the disease. In 2000, he announced he would be semi-retiring from acting to focus on his health and family and to raise awareness and money to fight the disease through his Michael J. Fox Foundation for Parkinson's Research. The same year, he and boxing legend Muhammad Ali, who also had Parkinson's, testified on Capitol Hill in support of stem cell research.

Michael J. Fox was honored with a star on the Hollywood Walk of Fame in 2002.

Michael J. Fox slowly but surely returned to acting over the next few years with carefully chosen roles on lauded shows like "Scrubs," "Rescue Me," "Boston Legal," "Curb Your Enthusiasm" and "The Good Wife," in which he played wily attorney Louis Canning alongside Julianna Margulies (seen here on an early 2012 episode). In 2009, he won an Emmy for his work on "Rescue Me," and between 2011 and 2016, he scored another Emmy nomination for "Curb" and five Emmy nominations for "The Good Wife."

Passing the torch! In 2013, Michael J. Fox and wife Tracy Pollan hit the red carpet at the 70th Annual Golden Globe Awards to support son Sam, who was that year's Mr. Golden Globe (not to mention a dead ringer for Dad).

In May 2013, Michael J. Fox stepped out to promote his semi-autobiographical sitcom "The Michael J. Fox Show" — which debuted the following fall — during NBC's Upfront presentation in New York City. Despite a wealth of fan support, the series was canceled in 2014.

In 2014, Michael J. Fox earned a Golden Globe nomination for best lead actor on a comedy or musical TV series for his work on his eponymous NBC sitcom. He attended the ceremony with his devoted wife of 25 years, Tracy Pollan, but lost the prize to "Brooklyn Nine-Nine" star Andy Samberg.

All grown up! In November 2014, Michael J. Fox and his family — including daughters Esmé and Aquinnah, wife Tracy Pollan and son Sam — attended the Michael J. Fox Foundation for Parkinson's Research benefit in New York City. "If you asked my kids to describe me, they'd go through a whole list of words before even thinking about Parkinson's," he told The Guardian a year earlier. "And honestly, I don't think about it that much either. I talk about it because it's there, but it's not my totality."

In April 2019, Michael J. Fox participated in a Tribeca Talks: Storytellers discussion during the Tribeca Film Festival in New York City. The following month, he returned to his time-traveling roots in Netflix's "See You Yesterday." He portrayed a science teacher in the family-friendly sci-fi film — his first on-screen movie role since making an extremely brief cameo as himself in the 2014 remake of "Annie." Before that, he hadn't appeared in a movie since 2002's "Interstate 60: Episodes of the Road." He has, however, worked regularly as a voice actor in film. Most recently, he voiced the titular robotic dog in 2016's "A.R.C.H.I.E." and its 2018 sequel.

In 2020, Michael J. Fox returned to the role of Louis Canning on two episodes of "The Good Fight," the CBS All Access spinoff of "The Good Wife" (pictured). Later that year, he appeared in the Old West-themed trailer for Lil Nas X's "Holiday" music video, channeling his "Back to the Future" alter ego by joking, "Whatever you do, Nas, don't go to 2020." It could be the last time he ever appears on screen: The same month the clip debuted online, his fourth memoir, "No Time Like the Future: An Optimist Considers Mortality," hit bookshelves. In the book, the iconic actor writes that he's entering "a second retirement" to focus on his health, though he acknowledges "that could change, because everything changes." 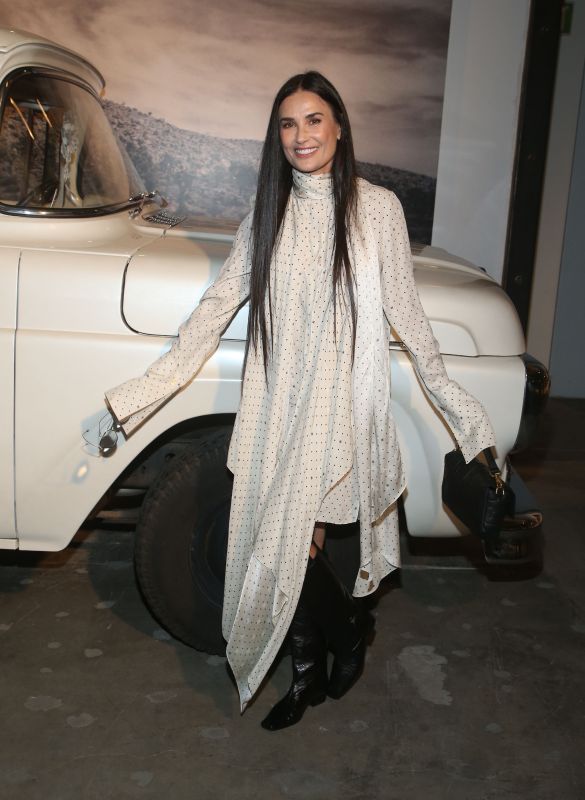