On March 22, 2021, Oscar, Golden Globe and Emmy Award winner Reese Witherspoon celebrates her 45th birthday! In honor of her big day, Wonderwall.com is taking a look back at Reese's life and career in pictures. Keep reading for a look at this actress-producer's photo flashback…

Laura Jeanne Reese Witherspoon — seen here at the 1991 Deauville Film Festival when she was 15 — was born on March 22, 1976, in New Orleans to John Witherspoon, a doctor, and Betty Reese, a nurse. Reese and big brother John were raised in Nashville.

RELATED: 2021 Golden Globe winners and nominees and where to stream them

Reese Witherspoon made her acting debut in 1991 with a starring role in "The Man in the Moon" after attending an open casting call. It marked the beginning of what would be a successful career for the young actress, who's seen here in the film alongside Jason London.

In 1992, Reese Witherspoon portrayed Cassie Robbins, a young girl with an illness, in the 1992 television movie "Desperate Choices: To Save My Child."

1993 marked the year in which Reese Witherspoon appeared in the CBS miniseries "Return to the Lonesome Dove" as well as two Disney films: "A Far Off Place" and "Jack the Bear" (pictured). A year later in 1994, she graduated from high school in Tennessee and soon began attending Stanford University where she studied English literature. However, prior to finishing her undergraduate degree, she left college to pursue acting full time.

In 1996, Reese Witherspoon landed a starring role in the thriller "Fear" alongside Mark Wahlberg. In the film, she portrays Nicole Walker, a teen who begins a romantic relationship with an obsessive and dangerous partner.

Love is in the air! In 1997, Reese Witherspoon met Ryan Phillippe at her 21st birthday party. "I don't know what came over me — maybe the seven Midori sours — but I told [Ryan], 'I think you're my birthday present,'" Reese told Jane magazine in 1998. The pair, seen here in 1998, married in 1999 while Reese was pregnant with their first child, daughter Ava Phillippe. Son Deacon came along in 2003.

In 1998, Reese Witherspoon starred in the fantasy-drama film "Pleasantville," which revolves around a pair of siblings who find themselves stuck in a peculiarly perfect 1950s television show, alongside Paul Walker, Tobey Maguire, Joan Allen and William H. Macy. The movie scored three Academy Award nominations and Reese earned a breakthrough performance prize at the Young Hollywood Awards for her work in the project.

One of Reese Witherspoon's most memorable roles early in her acting career was her portrayal of Annette Hargrove in 1999's "Cruel Intentions," in which she starred alongside Sarah Michelle Gellar, Ryan Phillippe and Selma Blair. The teen drama, which is based on Pierre Choderlos de Laclos' 1782 novel "Les Liaisons dangereuses," was a big hit, earning $76.3 million on a $10.5 million budget.

That same year, Reese Witherspoon starred alongside Matthew Broderick in 1999's "Election." Her performance as cunning and competitive high school student Tracy Flick earned her her first best actress Golden Globe nomination. A year after the movie's success, Reese founded her own production company, Type A FIlms, with the goal of producing quality projects focused on women.

2001 was a major year for Reese Witherspoon. That July, she starred in the movie that catapulted her to global fame. In "Legally Blonde," Reese plays Elle Woods, a girlie fashion merchandising sorority girl-turned-Harvard Law School student. The comedy, which is based on Amanda Brown's 2001 novel of the same name, was a massive box office hit — it earned a whopping $141.8 million on an $18 million budget! "She was a modern feminist, you know?" Reese told the "Today" show of Elle. "She enjoyed getting dressed up and having her hair done, but she also was fierce and knew what she wanted and was determined to get it."

A first-time host! On Sept. 29, 2001, Reese Witherspoon made her "Saturday Night Live" debut. She's pictured here during her opening monologue.

For her performance in 2001's "Legally Blonde," Reese Witherspoon earned her second Golden Globe Award nomination for best actress in a motion picture musical or comedy. She's pictured here at the 2002 show, where she lost out to Nicole Kidman in "Moulin Rouge!"

In 2002, Reese Witherspoon starred in the romantic comedy "Sweet Home Alabama" alongside Patrick Dempsey and Josh Lucas. She portrays a New York City-based fashion designer whose picture-perfect life is turned upside down when she returns to her Southern hometown to divorce her estranged husband so she can marry the NYC mayor's son. "Sweet Home Alabama" went on to become Reese's highest grossing film at that point in her career when it earned $180.6 million at the box office.

In 2003, Reese Witherspoon reprised her role as Elle Woods in "Legally Blonde 2: Red, White & Blonde." While the comedy wasn't as big of a critical hit as the first installment, it still earned an impressive $124.9 million on a $45 million budget.

In 2005, Reese Witherspoon appeared in "Just Like Heaven" opposite Mark Ruffalo as the ghost of a woman who previously resided in his character's San Francisco apartment.

Reese Witherspoon's performance as music star June Carter Cash opposite Joaquin Phoenix as Johnny Cash in the 2005 biopic "Walk the Line" is regarded as one of her best. The critically and commercially successful film earned $187 million on a $28 million budget and gave the actress some major hardware for her awards shelf….

Winner! For her exceptional performance as June Carter Cash in 2005's "Walk the Line," Reese Witherspoon earned the 2006 Golden Globe Award for best actress. Co-star Joaquin Phoenix took home the best actor prize for his work opposite her.

The talent! Reese Witherspoon didn't just take home a Globe for her portrayal of June Carter Cash — she also earned an Oscar! Reese won the prize for best actress for her work in "Walk the Line" at the 2006 Academy Awards.

In October 2006, Reese Witherspoon and Ryan Phillippe — seen here at the Academy Awards earlier that year — announced their separation after seven years of marriage and two children together.

After appearing in 2008's "Four Christmases" alongside Vince Vaughn (pictured), Reese Witherspoon took an unplanned break from acting for the next two years. "I just didn't read anything I liked… There are a lot of really, really big movies about robots and things — and there's not a part for a 34-year-old woman in a robot movie," she told Entertainment Weekly of her hiatus.

After her split from Ryan Phillippe, Reese Witherspoon starred in the 2007 political thriller "Rendition" with Jake Gyllenhaal, though they didn't appear on screen together. Behind the scenes, sparks flew. Reese and Jake — seen here cuddled up at the Coachella Valley Music & Arts Festival in April 2009 — dated for two years until late 2009. Jake later praised her in an interview with Entertainment Weekly, calling Reese "one of the smartest, strongest people I've ever met."

In early 2010, on the heels of her split from Jake Gyllenhaal, it emerged that Reese Witherspoon had quietly started seeing CAA talent agent Jim Toth. They announced their engagement in December and married just a few months later in March 2011. They're seen here at a Lakers game a few weeks after Jim popped the question.

Reese Witherspoon was joined by her kids with ex-husband Ryan Phillippe — Ava and Deacon — when she received a star on the Hollywood Walk of Fame in December 2010, the same month she and Jim Toth got engaged.

Reese Witherspoon and second husband Jim Toth welcomed a son together — her third child, his first — in September 2012. They named him Tennessee James in honor of the state where th actress-producer grew up. She and her toddler are seen here shopping in Los Angeles in August 2013.

Reese Witherspoon is seen here in the 2014 biopic "Wild," which is based on Cheryl Strayed's 2012 memoir that chronicled her resolution to complete the Pacific Crest Trail. It was a critical success that led to major recognition for star and producer Reese, who scored Oscar, Golden Globe, BAFTA and SAG Award nominations for her work in the film.

The second time she hosted "Saturday Night Live" — this time in May 2015 — Reese Witherspoon brought mom Betty Reese, a labor and delivery nurse-turned-professor of nursing at Vanderbilt University, on stage during her Mother's Day apologies monologue. "I remember being so in awe of my mom [growing up]," Reese told Vogue in 2019, admiring her multitasking. "She always had a positive attitude, always laughing, always telling a joke, and she always had a billion friends at work. She just loved the women she worked with."

In 2012, Reese Witherspoon merged her production company, Type A, with another to become Pacific Standard. Four years later in 2016, Reese made even bigger and bolder moves when she co-founded the media company Hello Sunshine (her production company became a subsidiary). Under her banner, she's produced notable and award-winning projects including 2014's "Gone Girl" and "Wild," 2017's "Big Little Lies," 2019's "The Morning Show," 2020's "Little Fires Everywhere" and more. In 2017, Reese launched yet another creative endeavor — her wildly popular book club, which has inspired many of the projects she's gone on to produce.

At the 2018 Golden Globe Awards, "Big Little Lies" won big — the series took home the honor for best television limited series or movie. The win followed a major victory at the 2017 Emmys too. Reese Witherspoon — who scored multiple nominations for her acting as well as her producing — and co-stars Shailene Woodley, Zoe Kravitz, Nicole Kidman and Laura Dern are seen here in the press room following their show's Globes win.

Reese Witherspoon is seen here alongside "A Wrinkle in Time" director Ava DuVernay and co-stars Storm Reid, Oprah Winfrey and Mindy Kaling at the film's London premiere in March 2018.

Power duo! In 2019, Reese Witherspoon and pal Jennifer Aniston produced and starred on the first season of Apple TV+'s "The Morning Show," which was met with immense critical success. Among its many award nominations were best actress Golden Globe nods for both Reese and Jen, who are seen here at a special screening of the series in London in 2019.

Reese Witherspoon is seen here with Octavia Spencer at the 2019 Apple TV+ premiere of "Truth Be Told" — yet another of the shows she's executive produced.

Reese Witherspoon is seen here with her "Little Fires Everywhere" co-star Kerry Washington at The Hollywood Reporter's Power 100 Women in Entertainment event in December 2019. That night, Kerry presented Reese with the Sherry Lansing Leadership Award. Both women also executive produced the series, which is based on Celeste Ng's 2017 novel of the same name and focuses on two mothers of disparate socioeconomic status in the suburb of Shaker Heights, Ohio, during the late '90s.

A family affair! Reese Witherspoon is pictured here with kids Ava and Deacon Phillippe at The Hollywood Reporter's Power 100 Women in Entertainment in December 2019. 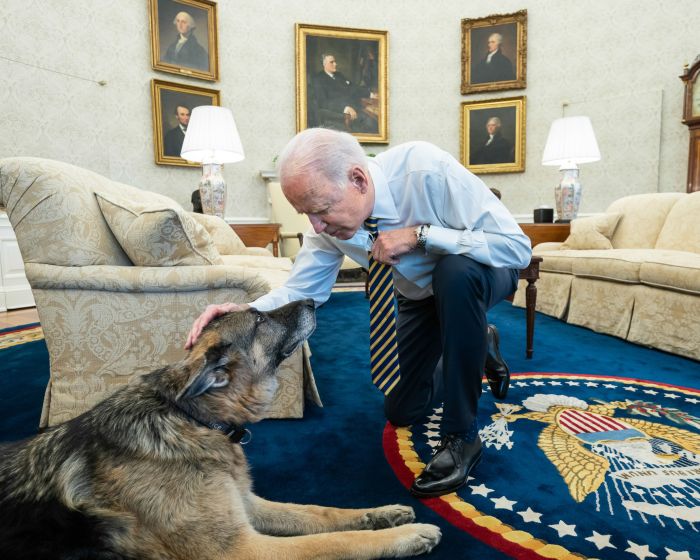