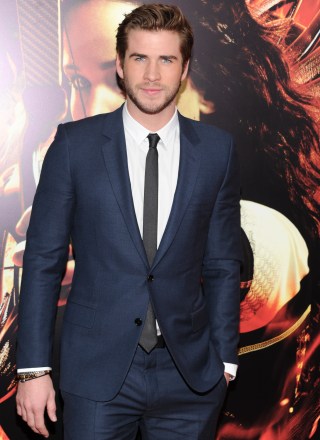 Share Tweet Pin Email
After spending his teen years surfing competitively and a short spell in flooring, Liam Hemsworth decided to follow in the footsteps of his brothers Luke and Chris who had both gone into acting.He even starred in the same hit Australian soap, Neighbors, as Luke did. He joined the cast as a surfer who lost the use of his legs after an accident in 2007. By 2009, he ventured to Hollywood to try out for Thor — a role that eventually went to his other sibling. The trip wasn't a waste as he got his big break in 2010 in the adaptation of the Nicolas Sparks novel, The Last Song. He fell in love with his costar Miley Cyrus on screen and off. They announced their engagement in the summer of 2012 but called it quits the following year. Since then there have been rumors that he dabbled in dating with Nina Dobrev and January Jones and more recently that he rekindled his relationship with Cyrus. His career is far less messy than his love life. He became the third piece of the love triangle as Gale Hawthorne in The Hunger Games franchise, the youngest member of The Expendables 2 mercenary team in 2012 and a pawn in a dangerous corporate game in Paranoia. He will next be seen opposite Kate Winslet in The Dressmaker and in the long-awaited Independence Day sequel.