Miley Cyrus, Liam Hemsworth have agreed to the terms of their divorce: Report

Miley Cyrus and Liam Hemsworth have reportedly agreed on all the remaining details in their divorce one year after the on-off couple said "I do." TMZ reports that in spite of "significant bitterness" that existed between them near the end of their relationship, they managed to agree on the terms of their split pretty easily since they have no children and entered into the marriage with a prenup. According to TMZ, Miley will keep the pets they shared. Documents regarding their agreement were expected to be filed by Miley's lawyer by the end of the day on Christmas Eve. If everything goes smoothly, that would make the two legally single in March, after the six-month waiting period. Liam, who filed for divorce in August, cited "irreconcilable differences" as the reason for their split.

Keep reading to see what Blake Lively posted on Instagram after a long, post-baby hiatus …

She's back! Last month, Blake Lively axed all but one of her Instagram posts — a move she's made before in the interest of promoting a new project. But on Monday, Dec. 23, the actress returned to the social media platform with some new pics of her and her husband, Ryan Reynolds, from a family visit to the Museum of Ice Cream in New York City. They reportedly visited the uber-pink enclave for their daughter, James' fifth birthday, which their pal Bradley Cooper and his daughter, Lea attended as well. "Now I get why everyone screams 🍦 @museumoficecream," Blake captioned a series of cute pics, which showed her mugging with friends and cozying up to Ryan in front of various displays. The post was Blake's first since the couple welcomed their third daughter, whose name they've kept under wraps per their usual focus on privacy when it comes to their kids. (During a recent appearance on "Today," Ryan joked that he's "actually never met" Blake, that he's really married to "a woman named Louise in Denmark" and that "all the letters" in their new daughter's name "are silent" because he "wanted to give her something to push against in life.") Ryan currently stars in "6 Underground," in theaters now; Blake returns to the big screen next year in "The Rhythm Section."

RELATED: More stars who had babies in 2019

Katy Perry opens up about her goals for 2020 and more

Katy Perry's already looking ahead to 2020, a year she hopes will involve simplifying some aspects of her world and getting creative about others. "For my personal self, I really want to streamline my life and create continual balance," Katy recently told People . "There's a lot of wonderful, personal things coming up in the future, which are exciting. Like creating my own idea of family." The singer and her fiance, Orlando Bloom had been planning a winter wedding, but have reportedly opted to postpone it. The couple has plenty of fun to look forward to in the meantime, though. Asked about her holiday traditions, Katy said the adults in her family skip the gift-giving and instead go on vacation together every year. "That is the best gift. We go on vacation and we eat, we stop the diets," she explained. "We definitely binge and we go somewhere every year. Last year we went to Hawaii. This year we're going somewhere in the snow, so we get to change it up and maybe go snowboarding and skiing. I'm a snowboarder." They apparently stay somewhere that allows 10 people in the family to be under one roof. "To be able to call for your mom across the hall — it's sweet. We annoy each other and we get along — we're just like the typical family," she said. She and Orlando, who got engaged in February, are reportedly planning a destination wedding whenever they do decide to tie the knot.

'Tis the season to indulge in holiday party treats then sit around playing with your new toys for an entire day or three. For those who may need some inspiration once all of that is over next week, however, we give you Henry Cavill, who didn't just cut back on food and up his exercise for those shirtless bathtub scenes in his new series, "The Witcher." He also "dehydrated" himself intentionally. Speaking to Graham Norton this week, he explained: "Diet is difficult, and you're hungry, but when you're dehydrating for three days you get to the point, on the last day, where you can smell water nearby," according to JustJared. Graham (understandably) pointed out seems a bit unhealthy, to which Henry clarified: "It's not no water for three days. On the first day you'll have a liter and a half, the second day half a liter and the third day no water and you'll shoot on the fourth [day]." Uh, OK. So basically …. no water for three days.

Carrie Fisher wrote a letter about death and it's funny and intense, just like she was

It's been three years since Carrie Fisher died following a heart attack but her brother, Todd Fisher, is still finding new evidence of his sister's seemingly boundless wit. This week, he told Page Six he recently stumbled upon a letter Carrie wrote about death at some point. It had been left in a desk drawer — and it was, like most of what Carrie ever penned, darkly funny and poignant. "I am dead. How are you? the letter begins. "I'll see you soon … I would call and tell you what this is like, but there is no reception up here. Cut. New scene, new setup, new heavenly location," Carrie continues. "I have finally got the part that I have been rehearsing for all my life. God gave me the part. This is the end of the road I have been touring on all my life." Todd explained he found it odd he'd never seen the note before, having "been through that drawer several times" since the back-to-back deaths of his sister and their mother, Debbie Reynolds, who passed away three days after Carrie's death. "Either it was something Carrie wrote long ago because she was doing a story on death, or it just materialized from beyond," Todd mused. "She was writing as if she was dead and what it was like … It just blew my mind. … I thought, 'Wow, why am I finding this right now?'" he wondered.

Amy Schumer wants you to text her again; no, really …

Amy Schumer and her husband, Chris Fisher, sat courtside looking extra cozy the night before Christmas Eve as they watched the New York Knicks take on the Washington Wizards with pals including Hasan Minhaj and Ja Rule. The group was animated, to say the least, as they chatted, laughed and cheered for the hometown team. But Hasan, Ja and Chris' company apparently didn't satisfy Amy's craving for social interaction, because the next day, she was back to making new friends on Instagram. "If you get bored over the holidays shoot me a text," she captioned a shot of herself next to a woman in a knit cap. "My number is in my bio and yes it's real and I answer as many of them as I can," she continued, referring to the number on her account. "I like to do it. It's been fun," she added before pointing out her friend in the photo by writing, "This is Philly in the pic next to me we got the same hat." The post got plenty of giggly reactions, including a chuckle in the comments from Kate Hudson. It's not the first time Amy's played the "hi, text me even though i'm famous" game, of course. Two weeks ago, she shared a screenshot of a text exchange with someone who seemed more than a little suspicious of her assertion that it was, in fact Any Schumer, texting. "Amy Schumer. This seems fake. Is it?" the person asked. "I feel like you're going to try to sell me vitamins." Amy replied in her usual, deadpan fashion: "It's not fake but I would love for you to buy some vitamins." She explained in the caption that she was having trouble sleeping so she decided to text "people in my community." Then she directed folks to her number again — with the hashtag, "#vitmains."

Kim Kardashian treats North and Saint to lunch at L'Avenue

Kim Kardashian West wrapped up her holiday shopping on Sunday, Dec. 22, with her eldest kids, North, 6, and Saint, 4, in tow in New York City, where they supported Kanye West as he staged another take on what's become a series of operas. Before heading to Lincoln Center for the performance, though, Kim — decked out in a pair of Kanye's unreleased orange Yeezy Boost 700 MNVNs, according to Footwear News — treated North and Saint to lunch at L'Avenue, the Parisian-styled, Philippe Starck-designed eatery in Saks Fifth Avenue's flagship store. They were joined by jeweler Lorraine Schwartz for lunch, according to Page Six, after perusing the store's "Frozen 2" experience. The day before Kanye's show, the krewe caught a performance of "The Nutcracker."

'Cats' star James Corden has not seen the movie

In today's How Did the 'Cats' Movie Even Make It Into Theaters news … it seems "Cats" cast member James Corden a.) has not watched the movie and b.) knows it's pretty awful. According to Screenrant, the late-night host stopped by the Monday, Dec. 23 edition of The Mia Zoe Ball's Radio 2 Breakfast Show, where the hosts brought up the fact that James plays Bustopher Jones in the universally panned movie version of the Broadway show. Displaying his knack for being good-natured, James had only this to offer: "I haven't seen it but I've heard it's terrible!"

Lil Wayne's private plane was searched by federal agents in Miami this week, according to the Miami Herald. According to TMZ, the rapper's lawyer said Weezy was "cleared" and allowed to leave the plane, though he didn't elaborate on whether there were any arrests. Law enforcement sources told the Herald cocaine and a gun were found on the plane, which could be bad news for Wayne, given his previous tangles with the law. He tweeted after the search that everything was "all goody."

Are Madonna and Guy Ritchie fighting over their son Rocco?

Tensions were reportedly escalating between Madonna and her ex, Guy Ritchie, in the days leading up to Christmas, thanks to a motion Guy filed in their divorce. The Daily Mail reports the director filed for "enforcement or execution of a judgment or order" in a New York City court that usually handles custody disputes. Back in 2015, as the former couple duked it out in court over which parent would have primary custody of their son Rocco, now 19, the Christmas holiday was said to have sparked extra problems, leading the Mail to suggest there may have been another issue regarding where Rocco would spend Christmas this year. As of Tuesday, Dec,. 24, there was no ruling on the motion. 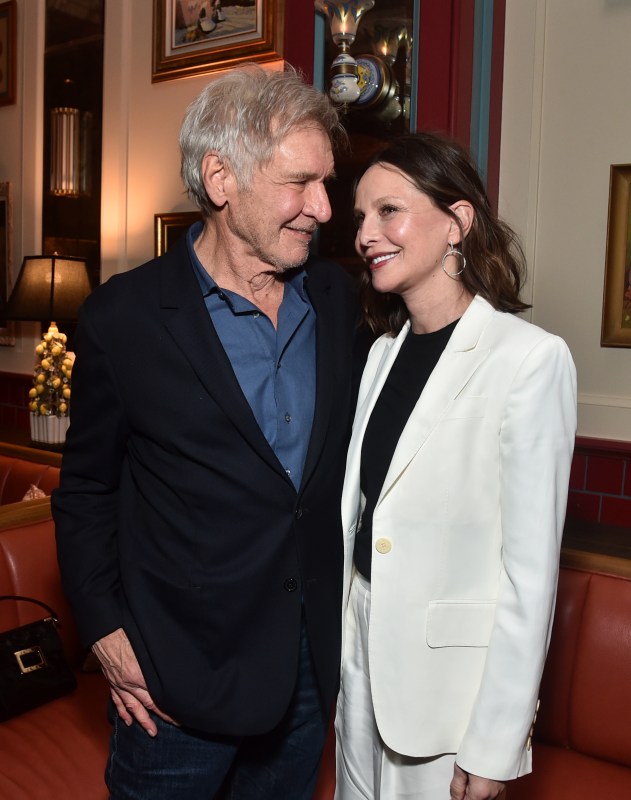