Whatever inspired Scarlett Johansson and "Saturday Night Live" star Colin Jost to pack on the PDA at an "SNL" after-party last month appears to have stuck. On Saturday, June 10, the pair stepped out together again in New York. This time, the New York Post notes, they skipped the public makeout session that reportedly went down following ScarJo's hosting gig on Colin's show and enjoyed what a spy described as a mellow night of dinner and cocktails at East Pole in New York's Upper East Side neighborhood. "They were really chill and super nice," a source told the Post. "They were holding hands and having drinks." Scarlett filed for divorce from Romain Dauriac on March 7. Since then, the two have sparred through their lawyers over a custody arrangement for their daughter.

Is this Bethanny Frankel's new beau? According to E! News, the 46-year-old SkinnyGirl mogul has been casually dating Russ Theriot, 37, a New York-based businessman who runs an event planning company, for the past few months. The Daily Mail spotted the two together over the weekend on a beach in Long Island, New York, and while Bethenny has yet to speak publicly about the relationship, E! News dug up plenty of reasons why Russ might be a keeper. For starters, he's easy on the eyes and occasionally models (E! reports he currently has a luxury bedding and sleepwear campaign). When he's not running his company, The Crew of Events LLC, Russ is into playing drums and checking out live music, which he did this spring during a trip with friends to the New Orleans Jazz and Heritage Festival. He's apparently a fan of outdoor fitness fun such as paddle boarding, fishing, hiking and wood chopping. "It's casual," a source told E! of the rumored romance. "[They] are very into each other."

Amber Heard and Elon Musk 'are getting more serious'

Amber Heard and Elon Musk have taken their romance back to Los Angeles after a stint in Australia while Amber was filming "Aquaman" and according to People, things are more serious than ever. People spotted the couple enjoying lunch at Sweet Butter in Los Angeles on Friday, June 9, where a snitch noted they "were very casual" together. "Elon had his arm around Amber as they waited in line," said the source. "They ordered at the counter and sat down outside to wait for their salads. Elon paid and was pretty chatty. It was his first time at the restaurant so he asked questions about the menu. They were both very friendly and seemed happy." Another insider tells the magazine the actress and Tesla founder "are getting more serious," adding, "It's definitely not a casual relationship. That's not Elon. He doesn't do anything casually." The pair, who reportedly started dating while they were each in the process of getting divorced, have gone public with their relationship on Instagram. "[Elon] isn't dating anyone else," said the insider, and "is still very fascinated by Amber and loves her company. He seems very happy with her. She is spending a lot of time with his kids."

Kris Jenner worries her grandchildren will be bullied

Kris Jenner knew what she was getting her kids into when they launched "Keeping Up With the Kardashians," and as she explained in a recent roundtable with THR, the family has developed ways to cope with the negativity that exists online when it comes to each of them. "It's my grandchildren who I worry about because I have six of them; the oldest just turned 7, and my youngest is 6 months old, and they don't have a choice," Kris admitted (via Us Weekly). "And I worry, I do, because it is such a bullying environment." As for her own kids, Kris said Kim Kardashian West "leads the pack" courtesy of her "thick skin." "She counsels everybody else," Kris said. "So if something happens in the family, she's the first one you call. 'What should I do? How should I handle this?'" Kris also said she warned her kids to stay away from online critics. "We decided as a family that if we're going to do this, we would just show everything. And one of the best decisions I made not only as a producer of the show but as one of the stars of the show was to say, 'We're not going to remove anything,'" she recalled. "With that philosophy, I told the kids, 'Don't get on the internet.' Now it's so amplified … you expect it now from the trolls."

In the wake of Carrie Fisher and Debbie Reynolds' deaths, Billie Lourd has been leaning on her boyfriend Taylor Lautner — and her family seems to approve. Carrie's daughter, Tom Fisher, recently spoke to E! News about a forthcoming documentary on the family called "Bright Lights." When he was asked about his daughter's relationship with her "Scream Queens" costar, he gushed with praise for the actor. "As any uncle, you're suspicious of the guy hanging around your niece," he said. "She's cute and all that. She's had other boyfriends, good boyfriends, but I'm certainly going to give that guy the extra look-over. I don't give a s— what his background is." Once he put Taylor under the microscope? "The truth of the matter is, the guy is pretty spectacular," said Todd. "He's a really deep person, and he has supported her amazingly. He's stepped up and acted like a husband would act. Not that that's what's going on, but it's just an amazing support system for her, and I'm glad he's in her life. That's not easy for me to say, if you think about it!" Billie's mom, Carrie, and her grandmother, Debbie, died one day apart in December.

Amber Portwood and Matt Baier are trying to work things out

Is there a future for Amber Portwood and Matt Baier, who announced earlier this year they were postponing their engagement? Perhaps, although even Amber isn't dishing on the details. "We're working things out. We're working on our issues," the "Teen Mom OG" star told E! News this week. "That's all that needs to be said." Over the weekend, Amber reportedly said on Instagram Live that she and Matt "are not together," adding that "Matt has some issues he needs to work on and then we can see what happens." A source previously told E! the pair felt pressured by their public status. "They've both been open about their personal struggles, but hasn't been easy when their lives are under such heavy scrutiny," said the insider. E! reports Amber and Matt are still living together.

Nick Gordon's recent arrest on domestic violence and kidnapping charges will likely come into play in his criminal investigation related to Bobbi Kristina Brown's death. That's according to TMZ, which checked in with the Fulton County District Attorney's office this week to find out whether allegations Nick beat his latest girlfriend could affect questions around what happened prior to Bobbi Kristina being found unresponsive in a bathtub in the home she shared with Nick. "It goes without saying that the arrest of Nick Gordon in the Florida domestic violence case will certainly add an additional layer of evidence to the final resolution of this matter," the D.A. told TMZ. Bobbi Kristina died in July 2015, six months after the bathtub incident, when she was taken off life support.

Naomi Watts: Liev Schreiber and I 'are on very good terms' since split

Between her new movie, "The Book of Henry," and her roles in the "Twin Peaks" reboot and the Netflix series "Gypsy," Naomi Watts has plenty on her plate. But as she tells Parade in the magazine's latest cover story, she's still looking ahead to new career twists and turns. "The big thing I wanna do is theater, although I've heard, you know, it's much scarier in New York. I'd love to do London," she muses (via Celebitchy). " I am terrified," she adds. "I'm not good in front of live audiences." TV, on the other hand, seems wide open for Naomi right now. "I love that there's all this room for female-driven stories," she says. "It's a great time for women — all the fantastically complicated women. TV's not afraid of it." Asked how things are going between her and Liev Schreiber, whom she split from last year after a relationship that lasted more than a decade, Naomi was upbeat again. "We are in a good place," she said. "We're very close friends, and we're raising two beautiful boys."

One year after the deadliest mass shooting in American history took place at Pulse, a gay nightclub in Orlando, Florida, celebrities including George Takei took to social media, sharing tributes to the 49 victims and urging tighter gun laws. "1 year after the #PulseNightclub shooting, please watch and share this video that @1Pulse4America & I created as a tribute to the victims," the "Star Trek" icon tweeted along with a video he created for his gun violence prevention organization One Pulse for America. "The Pulse shootings shook me to the core," George told People in a recent interview. "It brought the human cost of gun violence home for me. After Pulse, I understood the cost to our freedoms as well, as our very right to assemble was under attack. I knew we as a community had to respond."

Oprah Winfrey clarifies rumors she might run for president

Sorry, Oprah Winfrey fans; your hero is not going to be your next president. After "The Immortal Life of Henrietta Lacks" star seemed to imply she was considering a move to politics in an interview this spring, she clarified her intentions on The Hollywood Reporter's podcast this week. "I will never run for public office," she declared, according to E! News. "That's a pretty definitive thing." Asked if she thought she might win if she ran against Donald Trump in the next election, she shot down the question. "I don't know. I don't the answer to that," Oprah said. "But I'll never have to know the answer to that, because I will never run for public office." 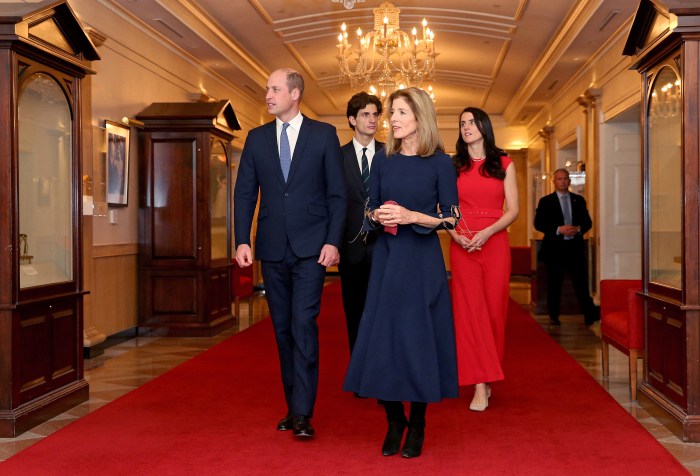 Up Next Royals in Boston