A Houston attorney filed a $2 billion lawsuit against Travis Scott, Drake, Live Nation, NRG Stadium and others over the tragic events that occurred during the Astroworld Festival on Nov. 5. Lawyer Thomas Henry said in the lawsuit, which was filed on Nov. 18, that he's representing 280 alleged victims who were at the concert. The legal paperwork, obtained by TMZ, claims fans were "incited into a frenzy" during Travis's performance — a crowd surge then crushed fans against each other and left others trampled and gasping for air. In all, 10 people died and more than 300 were injured. The filing is similar to previous lawsuits lodged over the past two weeks that accuse Travis and others of negligence for continuing the concert after police deemed it a "mass casualty incident." The $2 billion lawsuit claims Travis and show organizers didn't properly take safety concerns into account. "The Defendants stood to make an exorbitant amount of money of this event, yet they chose to cut corners, cut costs, and put the festival attendees at risk," the paperwork says.

Maybe Steve Irwin had an inkling that something wasn't right. While on the "I've Got News For You" podcast, Steve's longtime pal and producer John Stainton recalled "The Crocodile Hunter" giving a "very, very weird" speech to the cast and crew just before filming the documentary "Ocean's Deadliest." "A couple of days before we started the show, he made a little speech to all the crew that were up there catching crocs for his research trip — which I joined at the end with our crew," John said. "He was sort of thanking them all for being who they were and for helping him. It was like a finale speech." Unfortunately, it was indeed Steve's last speech, as the beloved conservationist was killed on Sept. 4, 2006, when he was impaled by a stingray barb at Australia's Batt Reef off the coast of Queensland. He was filming the show when the incident happened. Oddly, John said he felt uneasy about the trip too, indicating he had a "premonition" of his own death, which inspired him to write a living will and undergo multiple medical checks before filming.

Officials have confirmed they are investigating the mysterious death of rocker Chris Daughtry's step-daughter, Hannah. Hannah, 25, was found dead at her Nashville home on Nov. 12. TMZ reported that her family was told it was a homicide. On Nov. 15, though, a Tennessee District Attorney said, "This is a death investigation and any attempt to classify it as a homicide investigation at this time is premature and irresponsible." TMZ also noted that Hannah's boyfriend, Bobby Jolly, was arrested on an unrelated matter and is currently in custody — his arrest came the same day her body was found. The boyfriend has not been labeled a person of interest in Hannah's death. After the news hit, Chris honored Hannah on Instagram, writing, "I am still processing the last 24 hours. I am absolutely devastated and heartbroken. I just recently lost my mother to cancer but I was blessed with the chance to say goodbye and I was processing it privately. We never got to say goodbye to our precious Hannah and it's another huge hit to our family."

RELATED: Celebs who died from COVID-19

Back in August, Kieran Culkin and his wife, Jazz Charton, welcomed a boy, but they didn't share his name. This week, we learned that the couple wasn't being coy — they didn't have a name for nearly two months! After seven weeks of workshopping monikers, the couple eventually settled on the name Wilder Wolf. The "Succession" star told talk show host Ellen DeGeneres on Nov. 16 that he and his wife didn't know ahead of time if they were having a boy or girl. "We found it in the hospital the day he was born and we thought, 'That's great, but instead of pulling the trigger on it, let's torture ourselves for about seven weeks, disagreeing on things before we come around to the name we picked,'" he joked. "Because we didn't know if we were having a boy or a girl, and we had a long list of names." He continued, "We narrowed it down to two girl names that we really liked and we agreed that it's going to be one of those two girl names if it's a girl and if it's a boy, we're screwed. And we had a boy and spent seven weeks arguing about names."

After a two-year romance, Shawn Mendes and Camila Cabello have split up. Both singers broke the news via a joint statement posted to their Instagram Stories on Nov. 17. "Hey guys, we've decided to end our romantic relationship but our love for one another as humans is stronger than ever," they wrote. "We started our relationship as best friends and will continue to be best friends. We so appreciate your support from the beginning and moving forward." A source told E! News a day later that the previous week, Shawn "initiated the conversation" about breaking up with Camila. Though she was "very upset over the split," she "agreed" it was for the best, the source added, insisting it "was not a bad breakup at all" and that the pair are "still in communication and want to be friends." The crux of why they parted ways? "The relationship was getting stale and complacent and they decided they are better off being friends," the source told E!

Heath Freeman, best known for playing killer Howard Epps on TV's "Bones," passed away on Nov. 14 at 41. The actor's manager confirmed the sad social media buzz, telling People magazine that Heath was "a brilliant human being with an intense and soulful spirit" who was "very excited for the next chapter of his career." Details of his death aren't known, but several celebrity friends indicated he passed away in his sleep.

Miles Teller's vaccination status came into question this week again after he appeared in Taylor Swift's new video for "I Bet You Think About Me," which was released on Nov. 15. There had been reports in September claiming Miles was unvaccinated when he allegedly tested positive for COVID-19 on the set of Paramount's "The Offer." At the time, a source told DailyMail.com that Miles wasn't vaxxed and "wouldn't even get the test." His rep responded to say the webloid's "facts are incorrect." Fans made a fuss, as Taylor has been very adamant about COVID safety. As questions mounted, Miles finally answered and made it clear he's not anti-vaccine, tweeting, "Hey guys, I don't usually feel the need to address rumors on here but I am vaccinated and have been for a while. The only thing I'm anti is hate." 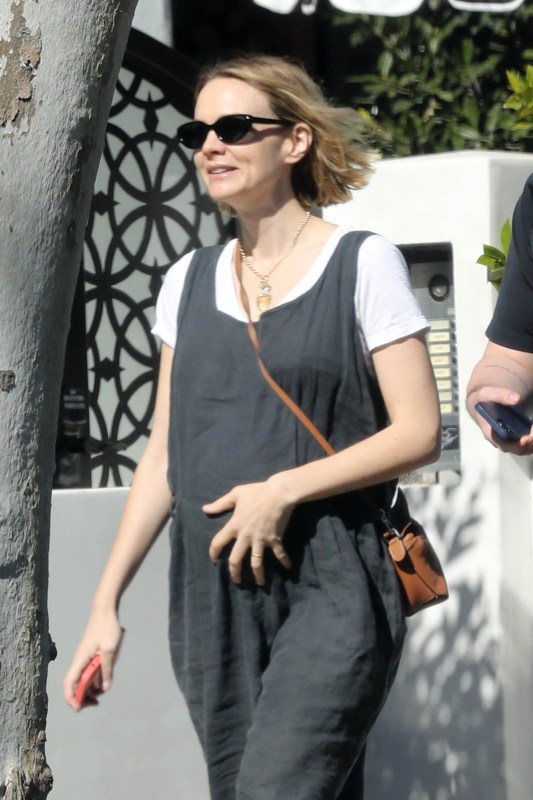