A family representative for Bill Paxton announced that the iconic actor assed away due to complications from a surgery on Feb. 26, 2017. The statement read: "It is with heavy hearts we share the news that Bill Paxton has passed away due to complications from surgery. A loving husband and father, Bill began his career in Hollywood working on films in the art department and went on to have an illustrious career spanning four decades as a beloved and prolific actor and filmmaker. Bill's passion for the arts was felt by all who knew him, and his warmth and tireless energy were undeniable. We ask to please respect the family's wish for privacy as they mourn the loss of their adored husband and father." Keep reading to see how Hollywood is reacting to his tragic passing.

"Devastated by the sudden loss of my close friend and one of the finest actors in the business, Bill Paxton. Renaissance man, raconteur and uniquely American national treasure. His filmography speaks for itself. His friendship was a blessing. My love to Bunny, James and Lydia. In his memory, on this Oscar Sunday, watch "One False Move" or "A Simple Plan" to see this lovely leading man, at his finest." —Rob Lowe

"You were a great friend to me, Bill. AND one of the finest actors to share a set with. Sending so much love to Bill Paxton's family." —Charlize Theron

"I've been reeling from this for the past half hour, trying to wrap my mind and heart around it. Bill leaves such a void. He and I were close friends for 36 years since we met on the set of a Roger Corman ultra-low budget movie. He came in to work on set, and I slapped a paint brush in his hand and pointed to a wall, saying 'Paint that!' We quickly recognized the creative spark in each other and became fast friends. What followed was 36 years of making films together, helping develop each others' projects, going on scuba diving trips together, watching each others' kids growing up, even diving the Titanic wreck together in Russian subs. It was a friendship of laughter, adventure, love of cinema, and mutual respect. Bill wrote beautiful heartfelt and thoughtful letters, an anachronism in this age of digital shorthand. He took good care of his relationships with people, always caring and present for others. He was a good man, a great actor, and a creative dynamo. I hope that amid the gaudy din of Oscar night, people will take a moment to remember this wonderful man, not just for all the hours of joy he brought to us with his vivid screen presence, but for the great human that he was. The world is a lesser place for his passing, and I will profoundly miss him." –James Cameron, as told to Vanity Fair

"Bill Paxton was a big-hearted, thoughtful and honorable person. He always had a smile on his face and could entertain any room with his wonderful stories of his many amazing years in Hollywood. Bill was extremely supportive of other actors, and the filmmaking process — a delight to work with. It was a wonderful time to be on set with him for five years. My heart breaks for his family." —Chloe Sevigny

"Bill Paxton could play any role, but he was best at being Bill – a great human being with a huge heart. My thoughts are with his family." —Arnold Schwarzenegger

"So profoundly sorry to hear that #BillPaxton has died. My family & I were such fans; we send our condolences and deepest sympathy to his." –Bette Midler

"Some of my favorite memories are of floating around in a tiny vessel with big hearted,hilarious,brilliant Bill Paxton. Sad day." —Kevin Bacon

"Terribly shaken to hear Bill Paxton has died. Sweetest man you ever knew. Fine actor and funny as hell. Thinking of his family he adored." –Sam Neill

"Crushing. #RIPBillPaxton A gr8 talent & spirit. His passion contributed so much 2 #Apollo13 & all his wrk. We'll miss the hell out of U Bill" –Ron Howard

"Bill Paxton. A very talented man. As skilled with comedy as he was with drama. Carpe Diem. #rip" –Zach Braff

"I'm devastated about the passing of Bill Paxton. He was always so kind & supportive. Funny & wise. A talented actor whom I will miss. RIP" –Bryan Cranston

"Bill Paxton was hands down one of the greatest guys that I have ever met. I feel lucky to have called him my friend. Bill, I love you. RIP." —Aaron Paul

"What a lovely, warm and kind human. So sad to hear of Bill Paxton's passing." –Elijah Wood

"So sad to hear about #BillPaxton passing. My daughter went to school with his daughter. I had a few nice moments with him. Lovely man…" –Melissa Etheridge

"Bill Paxton was simply one of the greatest people ever. To know him was to love him. I loved him. Huge love to Louise, Lydia and James. Xo" –Jeffrey Dean Morgan

"I am stunned & saddened at the passing of Bill Paxton. I just worked with him recently. A warm and beautiful soul and a talented actor. RIP" –Lou Diamond Phillips

"Bill Paxton did so much 4 all of us in film, as a man, father & husband. Working with him was truly an honor. We will miss U bud #RIPBILL" –Chad Michael Murray

"Goodbye Bill Paxton. Thank you for decades of entertainment & for giving us some of the most quotable characters that still endure. #RIPchet" —Tony Hawk

"Condolences to the family of Bill Paxton. I just heard the news. 😢" –William Shatner

"Bill Paxton was always my favorite in TiTanic… And every movie he starred in. So sad to hear the news #RIP" —Ashley Tisdale

"Bill Paxton was such a fine actor, a hilarious man, always filled with love and curiosity. You will be missed. Never forget you." —Jaime King

"Bill Paxton was the absolute best. He brought electricity to every role. I'm shocked and saddened. #RIP ✨✨🙌" –Shane West

"So sad Bill Paxton passed away. A memorable talent and an all around kind man. We played air guitar at a concert once😔#twisterfanforever" –Keegan Allen

"Heartbroken to hear about #BillPaxton passing away! He was one of those actors that you don't think about often but appears in all your favorite films. My years have been filled with him on my screen telling great stories! #RIP #Aliens #Twister #Apollo13 #BigLove" –Melissa Joan Hart

"#BillPaxton One of the nicest guys I've met. Way way too young to leave us. Thank you for greatest scenes in epic films #Titanic #Aliens" –Chris Kattan 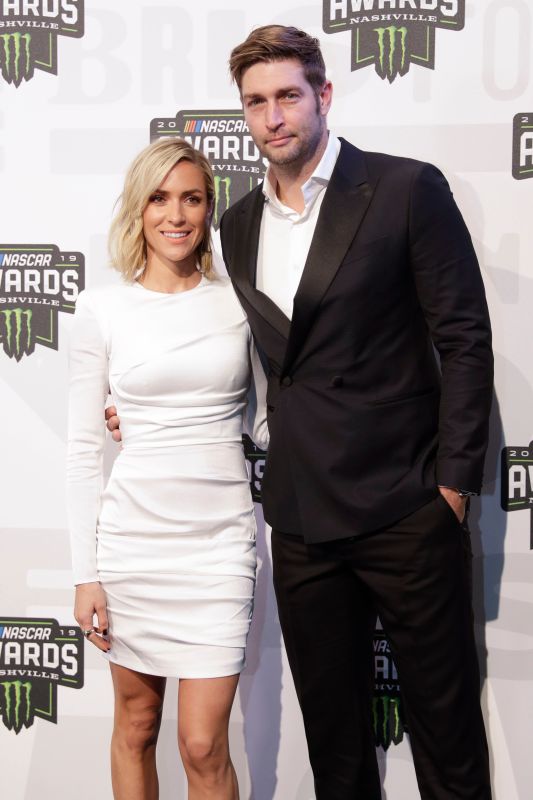 Up Next Bitter Much?