What's better than one super-hot cowboy? Two super-hot cowboys, of course! Add a tragic love story — between the repressed cowboys portrayed by Jake Gyllenhaal and Heath Ledger, who both scored Academy Award nominations for their efforts — and you've got one of the greatest cowboy tales of all time: 2005's "Brokeback Mountain." In honor of the Oscar-winning drama's 15th anniversary on Dec. 9, 2020, Wonderwall.com is taking a look back at more of the most iconic cowboys in pop culture. Keep reading for more…

While "The Big Trail" was a big flop, it did have one high point: It gave fresh-faced stud John Wayne his first starring role in Hollywood. John went on to become a bona fide movie star for another three decades and earned his place as a Western movie legend.

RELATED: Hot leading men of yesteryear: What they looked like as young men

Jamie Foxx starred as the titular slave-turned-bounty hunter in Quentin Tarantino's 2012 revisionist Western "Django Unchained." The movie was a hit with critics and at the box office, grossing more than $400 million and racking up awards — including an Oscar for best original screenplay.

Is there a cowboy more famous than Clint Eastwood? From "The Good, the Bad and the Ugly" and "Rawhide" to "Space Cowboys," there's no doubt Clint is the penultimate cowboy gunslinger extraordinaire.

Sheriff Woody Pride has established himself as one of Pixar's most beloved characters. The floppy toy-string cowboy, a leader among the "Toy Story" playthings, has long been voiced by Hollywood legend Tom Hanks. Woody is always driven, helpful and determined to make the toy world better for everyone. What more could you want from a cowboy?

Tim McGraw scored a No. 1 hit with his 2001 single "The Cowboy in Me." Clearly, there is a lot of cowboy in Tim — though he often looks more rock 'n' roll these days.

NFL quarterback Tony Romo played for the Dallas Cowboys for 14 seasons starting in 2003. He might not be a cowboy in the traditional sense, but as the leader of America's Team, he's got the rough and tough part down pat!

Hugh Jackman as an Australian cowboy? Sign us up! The Oscar-nominated actor starred as a cattle drover who falls in love with a wealthy English woman played by Nicole Kidman in the Baz Luhrmann-directed 2008 epic "Australia."

They're mostly in their 50s now, but back in 1988, there was nothing hotter than the youthful cast of "Young Guns" — Emilio Estevez, Charlie Sheen, Kiefer Sutherland, Dermot Mulroney, Lou Diamond Phillips and Casey Siemaszko as Billy the Kid and his gang of outlaws.

Will Smith's 1999 steampunk cowboy flick "Wild Wild West" might be one of the worst Westerns ever made — but we still love Will's Capt. James West. And, yes, we still know every word to the theme song.

John Travolta might have been an "Urban Cowboy," but he was a cowboy nonetheless. We'd happily take him for a ride on the mechanical bull!

The short-lived Western series "Deadwood" was so widely beloved, HBO revived it for a 2019 made-for-TV movie. Ian McShane starred as Al Swearengen, the proprietor of the Gem Saloon, while Timothy Olyphant portrayed Deadwood sheriff Seth Bullock.

Clearly no one does gun-slinging better than Timothy Olyphant! After starring as Sheriff Seth Bullock on HBO's "Deadwood," the Emmy-nominated actor portrayed U.S. Marshal Raylan Givens on "Justified." Just like the gunslingers of yore, Raylan had a shoot first, ask questions later attitude.

Fact: Chuck Norris karate-kicked the last person who called him a cowboy the length of a football field. Chuck Norris — who starred on the CBS series "Walker, Texas Ranger" from 1993 to 2001 — is not a cowboy. Chuck Norris is a cowman.

Kurt Rusell and Val Kilmer tackled legends Wyatt Earp and Doc Holliday in the 1993 film "Tombstone." Their portrayal of the gunfight at the O.K. Corral is now one of the most iconic depictions of the Wild West ever.

"Cowboys & Aliens" might have been a major flop — and don't even get us started on the incomprehensible plot. But here's the thing: Daniel Craig is smoking hot, and watching James Bond play an outlaw was thrilling regardless of the context.

Back before we knew Jon Voight as the man who fathered Angelina Jolie, the actor earned a few major award nominations for his work as male prostitute Joe Buck in "Midnight Cowboy." Jon even took home the Golden Globe for most promising newcomer in 1970. He also took home the award for best fringed rodeo jacket.

Jeff Bridges has played a cowboy many times over the course of his illustrious career, but his work in 2009's "Crazy Heart" was his best. Is there anything better than a cowboy with a raspy voice singing about his troubles? Jeff won his first Oscar for his devastating portrayal of Otis "Bad" Blake in the film.

Remember how we said Jeff Bridges has portrayed cowboys, like, a lot over the course of his career? Well, he also earned an Oscar nomination for his work as Deputy U.S. Marshal Rooster Cogburn in the Coen brothers' 2010 adaptation of "True Grit."

Oklahoma native Blake Shelton is as cowboy as they come. The country music star rocks a pair of cowboy boots and a cowboy hat like nobody's business — and he's the original "Asphalt Cowboy." Sorry, Jason Aldean!

Armie Hammer's "Lone Ranger" alter ego is a Texas Ranger, and who's more cowboy than a Ranger? Armie's 10-gallon hat says it all!

Wanna be a cowboy, baby? There's no one better to teach you how than self-proclaimed white-trash rap-rocker Kid Rock!

Christian Bale starred as an impoverished rancher in the Oscar-nominated 2007 Western "3:10 to Yuma." His character is tasked with escorting a ruthless outlaw played by Russell Crowe to the titular 3:10 train to the Yuma Territorial Prison.

Matt Damon's all-American good looks made him a perfect cowboy in the 2000 flick "All the Pretty Horses." Unfortunately, despite the A-list actor's ability to channel a gorgeous cowboy, the film failed to make an impression with critics or at the box office. 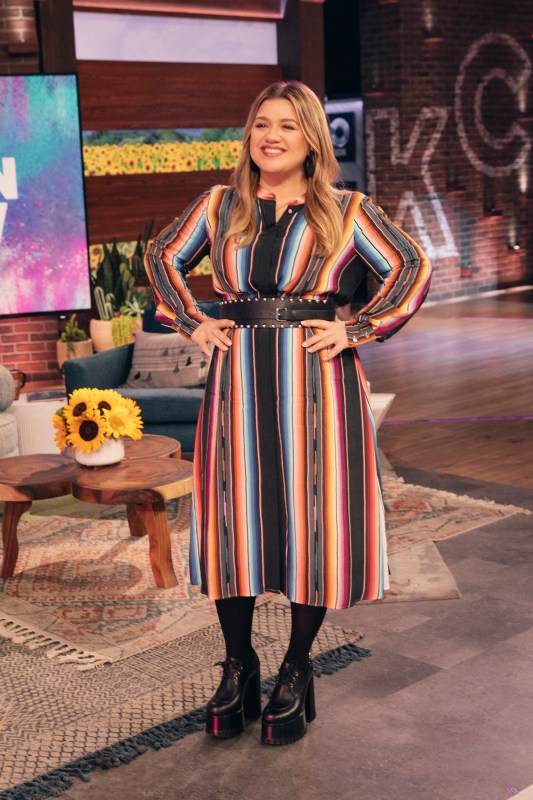 Up Next Not So Merry X-Mas