It's been 20 years since "Space Cowboys" opened in theaters on Aug. 4, 2000. The Clint Eastwood-directed drama centers around four former Air Force pilots who finally get their chance to become astronauts — long after they've retired — when they team up with NASA for a mission. In honor of the film's big anniversary, Wonderwall.com is taking a look back at the cast of "Space Cowboys" to see how they've changed over the years. Keep reading to catch up with Clint, Tommy Lee Jones, Donald Sutherland, Marcia Gay Harden and more…

Clint Eastwood has directed 16 films since 2000's "Space Cowboys," though he's only starred in five: "Blood Work," "Million Dollar Baby," "Gran Torino," "Trouble with the Curve" and, most recently, 2018's "The Mule." (He directed all but the 2012 baseball drama.) He scored Oscar nominations for several of his directorial efforts: "American Sniper," "Letters from Iwo Jima," "Mystic River" and "Million Dollar Baby," for which he took home Academy Awards for best picture and best director. He also earned an Oscar nomination for his performance in the boxing drama. Other lauded films he's directed in the past 20 years? "Invictus" earned a Golden Globe nomination for best picture, "Flags of Our Fathers" earned a Golden Globe nomination for best director and "Changeling" earned a BAFTA Award nomination for best director. The filmmaker — who turned 90 in 2020 — has an equally distinguished love life: He has eight children with six different women, though he's only been married twice. In 2013, his second wife, Dina, filed for divorce after 17 years of marriage. In the wake of the breakup, she moved on with a childhood friend while, bizarrely, Clint moved on with that man's ex-wife. But by mid-2014, there was a new woman in his life: hotel hostess Christina Sandera, who's more than three decades his junior. As of mid-2020, they're still going strong.

In the years since he starred in "Space Cowboys," Tommy Lee Jones has appeared in a wide array of films: Oscar-winning drama "No Country for Old Men," rom-com "Hope Springs" opposite Meryl Streep, Marvel movie "Captain America: The First Avenger," action flick "Jason Bourne" and two additional installments in the "Men in Black" franchise, plus many more. He also scored Oscar nominations for his work in "Lincoln" and "In the Valley of Elah" and directed three films: "Three Burials," "The Sunset Limited" and 2014's "The Homesman," which he also wrote. He and his third wife, Dawn Laurel, celebrated their 20th wedding anniversary in 2017.

Younger audiences know Donald Sutherland for his work in the "Hunger Games" franchise. In the years since he starred in "Space Cowboys," he's also appeared in "The Italian Job," "Cold Mountain," "Pride & Prejudice," "Ad Astra" and, most recently, 2020's "The Burnt Orange Heresy." In 2003, he won a Golden Globe for his work in the HBO film "Path to War." He also earned Emmy and Golden Globe nominations for his work on the Lifetime miniseries "Human Trafficking," plus Globe nominations for "Commander in Chief" and "Dirty Sexy Money." The father of five (including actor Kiefer Sutherland) turned 85 in July 2020. He and third wife Francine Racette will celebrate their 50th wedding anniversary in 2022.

James Garner went on to star in 2004's "The Notebook" as Duke, the older version of Ryan Gosling's Noah. He also starred on "8 Simple Rules" from 2003 to 2005. He made his final appearance on the big screen in the 2007 drama "The Ultimate Gift" before suffering a stroke the following year. He died of a heart attack at his home in Los Angeles in July 2014. He was 86. At the time of his death, James had been married to his wife, Lois Clarke, for nearly six decades.

A year after "Space Cowboys" debuted, Marcia Gay Harden won an Oscar for her work in "Pollock." She earned another Oscar nomination three years later when she re-teamed with director Clint Eastwood for "Mystic River." She also scored Emmy nominations for her work on "Law & Order: SVU" and for her performance in the made-for-TV movie "The Courageous Heart of Irena Sendler." In addition to her starring roles on "Code Black" and in the "Fifty Shades of Grey" franchise, she's had memorable stints on "Damages," "The Newsroom," "How to Get Away with Murder," "The Morning Show" and, most recently, 2020's "Barkskins." Marcia, who turned 60 in 2019, filed to divorce her husband of 15 years, Thaddaeus Scheel, in 2012. They share three children: daughter Eulala and twins Hudson and Julitta, who arrived in 2004.

James Cromwell starred as the team's former superior officer during their time in the Air Force, NASA project manager Bob Gerson, who has an extremely contentious relationship with Frank.

James Cromwell went on to star in "The Sum of All Fears," "I, Robot," "The Queen," "Spider-Man 3," "Secretariat," "The Artist," "Jurassic World: Fallen Kingdom" and more. But he's really excelled on television, with memorable stints on "24," "Angels in America," "Boardwalk Empire," "Halt and Catch Fire" and "The Young Pope." He won an Emmy in 2013 for his work on "American Horror Story" and also earned Emmy nominations for "ER," "Six Feet Under" and, in 2020, "Succession." Also in 2020, he'll headline the rom-com "Never Too Late" and the historical drama "Emperor." The actor, who turned 80 in 2020, filed to divorce his second wife, actress Julie Cobb, after 18 years of marriage in 2005. He married his third wife, "Another World" actress Anna Stuart, in 2014.

William Devane went on to have memorable stints on "The West Wing," "24" and "Revenge." He's also starred as Dr. Dix in seven installments in the "Jesse Stone" made-for-TV movie franchise. His other big hits include "Interstellar" and "The Dark Knight Rises." Most recently, he starred on the short-lived comedy "The Grinder." William, who turned 80 in 2019, will celebrate his 60th wedding anniversary with his wife, Eugenie, in 2021.

Loren Dean hasn't worked nearly as much as some of his older co-stars, though he had a memorable five-episode stint on "Bones" between 2006 and 2008. He's also appeared in "Conviction" and "Ad Astra" and re-teamed with director Clint Eastwood for 2018's "The Mule." Loren, who's fiercely private, turned 50 in 2019.

Courtney B. Vance is best known for starring as Ron Carver on "Law & Order: Criminal Intent" between 2001 and 2006. He also had stints on "Boston Public," "ER," "The Closer," "Revenge," "Masters of Sex" and "State of Affairs." He scored a major breakthrough in 2016 when he starred as Johnnie Cochran on "The People v. O. J. Simpson: American Crime Story" — he won an Emmy and earned a Golden Globe nomination for his efforts. In recent years, he's appeared in action flicks "The Mummy" and "Terminator Genisys." Up next, he can be seen in Netflix's "Project Power" and on HBO's "Lovecraft Country." The actor, who turned 60 in 2020, celebrated his 20th wedding anniversary with Angela Bassett in 2017. The duo welcomed twins, daughter Bronwyn and son Slater, via surrogate in 2006.

After "Space Cowboys," Barbara Babcock popped up on a 2001 episode of "Frasier," starred on the short-lived drama "Pasadena" and appeared in 2002's "Home Alone 4: Taking Back the House." After she was diagnosed with Parkinson's disease, the "Dr. Quinn, Medicine Woman" alum said goodbye to acting with a 2004 episode of "Judging Amy." She then retired to her hometown — Northern California's Carmel-by-the-Sea — where she was still living as of August 2018.

Blair Brown starred as Dr. Anne Caruthers, the physician overseeing Team Daedalus who happens to have a big crush on Jerry.

Blair Brown went on to star on "Fringe" from 2008 to 2012. She also had stints on "Law & Order: SVU," "Limitless" and "Elementary." Most recently, she starred as Judy King on "Orange Is the New Black" from 2015 to 2019. Before Broadway darkened amid the coronavirus pandemic, she was set to star alongside Armie Hammer in Tracy Letts' new play "The Minutes." The show has been pushed to early 2021.

Rade Šerbedžija has since appeared in "Snatch," "EuroTrip," "Batman Begins," "Shooter," "Harry Potter and the Deathly Hallows: Part 1," "X-Men: First Class," "In the Land of Blood and Honey," "Taken 2" and more. He also had stints on "24," "Downton Abbey," "Strange Angel" and "The Blacklist." Most recently, the Croatian actor appeared on a 2020 episode of the long-running Cinemax series "Strike Back." He and his second wife, theatre director and activist Lenka Udovički, will reportedly celebrate their 30th wedding anniversary in 2021. 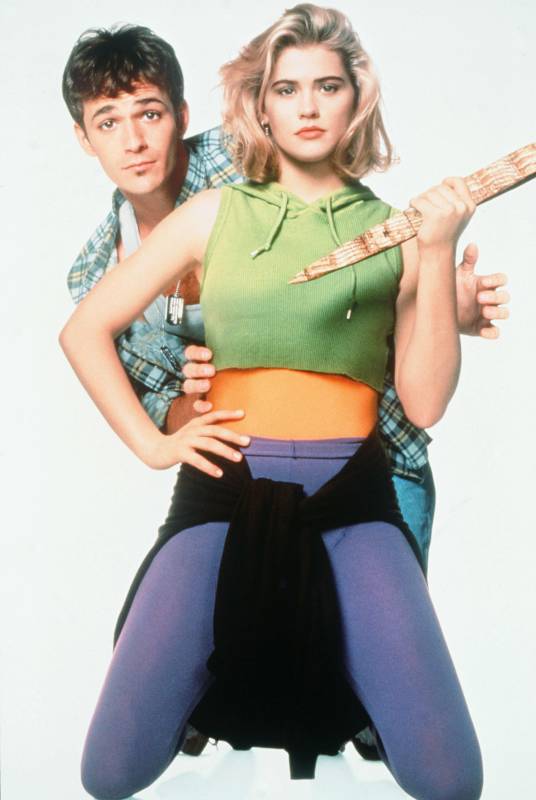