War! What is it good for? Source material for really good movies, if nothing else. To celebrate the Christmas Day 2019 release of Sam Mendes' "1917," Wonderwall.com is taking a look back at the best war movies and miniseries. Keep reading to see where your favorites rank on the list…

Directed by Tony Scott, "Crimson Tide" is a tense 1995 drama about the conflict between the seasoned commanding officer (played by Gene Hackman) and the new executive officer (Denzel Washington) of an America nuclear missile submarine as the vessel gets orders to intervene when a splinter group of Russian forces threaten the United States and Japan. According to Rotten Tomatoes, both Quentin Tarantino and Robert Towne contributed to the screenplay without credit.

Written, directed and starring Taika Waititi, "Jojo Rabbit" is a 2019 dark comedy about a reclusive 10-year-old member of the Hitler Youth (played by Roman Griffin Davis) who finds out that his mother (played by Scarlett Johansson) has been hiding a Jewish girl in their attic during World War II. The discovery prompts the boy, with the input of his imaginary friend Adolf Hitler (Taika), to question his own beliefs as the war rages on. The movie made its debut at the Toronto International Film Festival in September 2019 where it won the Grolsch People's Choice Award.

Written and directed by German filmmaker Werner Herzog, "Rescue Dawn" is a 2007 epic that tells the story of Dieter Dengler, a German-born U.S. Navy pilot who's taken prisoner in Laos during the Vietnam War. The film, which stars Christian Bale, has a 90 percent fresh rating from critics on Rotten Tomatoes and was nominated for various awards following its release, including an Independent Spirit Award.

Rosamund Pike and Jamie Dornan starred in "A Private War," a 2018 drama about an acclaimed war correspondent who fearlessly documents some of the world's most dangerous conflicts. Based on real-life journalist Marie Colvin, this Matthew Heineman film received immense praise and Rosamund's portrayal garnered her a Golden Globe nomination for best actress in a movie drama.

"Courage Under Fire" is a film set during the 1991 Gulf War. It tells the story of Lieutenant Colonel Nathaniel Serling (played by Denzel Washington), who must investigate whether or not Army Captain Karen Walden (played by Meg Ryan) is deserving of being the first woman to receive the Medal of Honor for valor in combat. The film resulted in a best actor nomination from the Chicago Film Critics Association Awards for Denzel.

Set during the end of the Gulf War, "Three Kings" tells the story of of four American soldiers who steal a hidden supply of Saddam Hussein's gold during the 1991 uprisings in Iraq. This critically acclaimed war film was written and directed by David O. Russell and starred George Clooney, Mark Wahlberg, Ice Cube and Spike Jonze. According to the filmmaker, President Bill Clinton enjoyed the movie so much that he screened it for everyone at the White House!

Starring Ben Foster, Woody Harrelson, Samantha Morton, Steve Buscemi and Jena Malone, "The Messenger" is a 2009 indie war drama directed by Oren Moverman. A soldier (played by Ben) returns home from Iraq after suffering a near-death injury and must finish the rest of his posting at the Casualty Notification Office while coping with the stark realization that his life back home has changed. The film debuted at the 2009 Sundance Film Festival and the 59th Berlin International Film Festival where it received the Silver Bear for best screenplay and the Berlinale Peace Film Award. In addition to receiving four Independent Spirit Award nominations, "The Messenger" also scored two Academy Award nominations and one Golden Globe nod.

This 2017 war drama that stars Gary Oldman as Winston Churchill is among the most celebrated war films in recent years. "Darkest Hour" takes place in May 1940 and follows the early days of newly appointed U.K. Prime Minister Winston Churchill as he is faced with making crucial decisions about Western Europe during the Second World War. Gary Oldman won an Academy Award for best actor for his performance.

"They Shall Not Grow Old" is a 2018 documentary comprised of previously unseen footage that pays tribute to the men who fought in World War I. Filmmaker Peter Jackson brought the frontlines to life by adding colorization, sound and narration — making for an emotionally impactful watch. The movie, which won a BAFTA Award for best documentary, was praised for its exceptional restoration job and evocative depiction of the war.

Written and directed by Wolfgang Petersen, "Das Boot" is a German war film that debuted in 1981. The movie, which was adapted from Lothar-Günther Buchheim's 1971 novel of the same name, takes place during World War II and follows a German submarine and its crew as it precariously patrols the waters during the Battle of Atlantic. Amidst depleting supplies, fierce storms and dangerous combat, the crew struggles to maintain their will to survive. In 1983, "Das Boot" made history: It was nominated for six Academy Awards and holds the record for most Oscar nods for a German film.

Michael Bay directed 2001's "Pearl Harbor," which was great if you're into love triangles (like we are!) but maybe not so much if accurate depictions of WWII are your thing. Ben Affleck, Kate Beckinsale and Josh Hartnett starred in the film, which won an Oscar for best sound editing but scored a 24 percent rotten rating with critics on Rotten Tomatoes. Ouch!

Owen Wilson starred as a Navy flight officer who's shot down in enemy territory and Gene Hackman portrayed the commanding officer desperate to get him home safe in 2001's "Behind Enemy Lines." The Bosnian War-set drama has a 37 percent rotten rating on Rotten Tomatoes, but it launched a movie franchise and inspired a FOX TV pilot (which ultimately failed to take off). But that's gotta count for something, right? And never forget the appeal of early-aughts Owen!

Jude Law starred as the legendary Russian sniper Vasily Zaytsev in the 2001 drama "Enemy at the Gates," which centers around the WWII Battle of Stalingrad. (Joseph Fiennes portrayed Vasily's friend Commisar Danilov, who turns the sniper into a propaganda war hero.) The drama scored a 54 percent rotten rating with critics on Rotten Tomatoes, but it's noteworthy for one major reason: Jude Law has literally never looked better!

No. 19: "Captain America: The First Avenger"

"Captain America: The First Avenger" isn't just a superhero movie. It's also a war film! Chris Evans starred as the titular hero, who was created in a lab during WWII to fight Nazis, in the 2011 action flick.

Cary Fukunaga directed Abraham Attah as a child soldier in an unspecified West African country in the 2015 Netflix film "Beasts of No Nation." Idris Elba won a SAG Award and scored a Golden Globe nomination for his portrayal of the boy's vicious and fearsome commandant.

"Fury" wasn't Brad Pitt's first time "killing Nazis." He also portrayed the leader of a band of American soldiers in the 2009 action-war film "Inglourious Basterds," which took place in Nazi-occupied France during WWII and served as a bit of a revenge fantasy, putting a spin on how, exactly, Hitler met his end. Quentin Tarantino wrote and directed the movie, which earned eight Oscar nominations, including nods for best picture, best director and best original screenplay.

James Badge Dale headlined the lauded 2010 HBO miniseries "The Pacific," which centered around a group of Marines in the Pacific Theater during WWII. Tom Hanks and Steven Spielberg were among the executive producers of the 10-part project, which won eight Emmys (including best miniseries) and scored another 16 nominations.

Bradley Cooper scored an Oscar nomination for his portrayal of Chris Kyle in 2015's "American Sniper," which chronicles the real-life Navy SEAL sniper's four tours during the Iraq War, during which he became the deadliest marksman in U.S. military history. Clint Eastwood directed the biopic — which also earned Academy Award nominations for best picture and best adapted screenplay.

Mel Gibson starred as a farmer who becomes the leader of a colonial militia during the American Revolution in the 2000 drama "The Patriot." Roland Emmerich directed the film, which scored three Oscar nominations and also starred the late Heath Ledger.

Matthew Broderick starred as the leader of an all-black company of volunteers (which included Morgan Freeman and Denzel Washington's characters) during the Civil War in 1989's "Glory." Denzel won an Oscar for his portrayal of Private Trip in the drama, which won two additional Academy Awards and scored two more nominations.

It's only been a year since "Dunkirk" debuted to thunderous critical applause in July 2017, and it's already considered one of the greatest war films in cinema history. Christopher Nolan directed the tense drama, which is based on the evacuation of Allied forces from the titular French city during WWII. The film took home three Oscars and earned another five nominations, including best picture.

Francis Ford Coppola wrote the revered 1970 biopic "Patton," which chronicles the controversial titular American general's career throughout WWII. George C. Scott won an Oscar, which he refused, for his work in the title role. The drama earned six more Academy Awards, including best picture and best director, and scored an additional three nominations.

Matthew Modine starred as a private during the Vietnam War in the Stanley Kubrick-directed 1987 drama "Full Metal Jacket," which scored just one Oscar nomination (for best adapted screenplay) but is still widely regarded as one of the greatest war films of all time. (It has a 95 percent fresh rating on Rotten Tomatoes.)

Martin Sheen starred as an Army captain sent to assassinate a rogue American colonel (Marlon Brando's Walter E. Kurtz) who's gone off the grid in Cambodia during the Vietnam War in 1979's "Apocalypse Now," which is based on the 1899 novella "Heart of Darkness." Francis Ford Coppola wrote and directed the epic, which won two Oscars and scored six more Academy Award nominations, including best picture and best director.

Who was on "Band of Brothers"? The better question is, "Who wasn't?" Tom Hanks and Steven Spielberg were among the executive producers of the 10-part 2001 HBO miniseries, which centers around the U.S. Army 101st Airborne Division during WWII. Some highlights from the expansive cast list are Damian Lewis, Michael Fassbender, David Schwimmer, Ron Livingston, Donnie Wahlberg and Neal McDonough. "Band of Brothers" won six Emmys, including outstanding miniseries, and earned 13 more nominations. 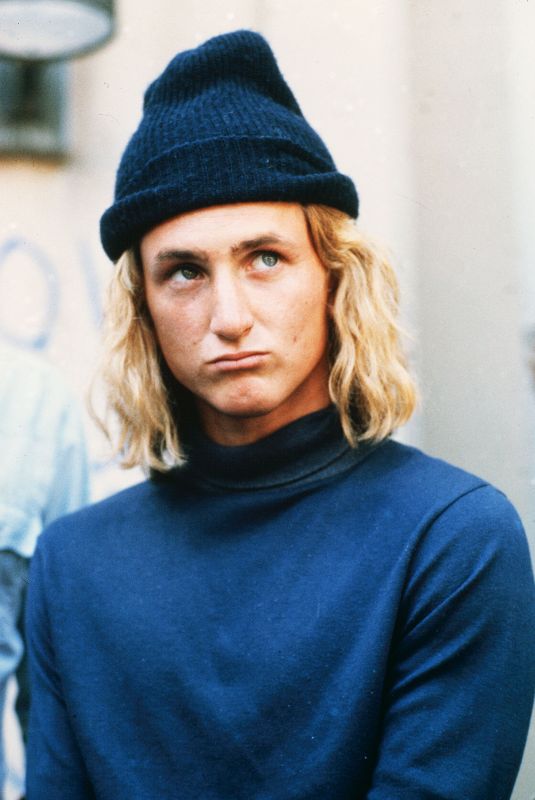