Bryan Cranston was best known for his comedic hijinks on "Malcolm in the Middle" when he landed the role of Walter White on AMC's "Breaking Bad." His portrayal of the chemistry teacher-turned-drug kingpin was critically acclaimed, earning him four Emmys as well as Golden Globes and SAG Awards. Bryan went on to star in several more dramas including 2015's "Trumbo," which earned him an Oscar nod. To celebrate Bryan's 63rd birthday on March 7, 2019, Wonderwall.com is taking a look at more comedic actors who've shocked fans by taking on a more dramatic role. Keep reading to see who else has made the swap…

RELATED: "Breaking Bad" cast: Where are they now?

Melissa McCarthy showed us a more serious side in the 2018 flick "Can You Ever Forgive Me?" In the film, she played a writer who attempts to bring her dying career back to life by forging letters from deceased authors. The performance earned Melissa her first Academy Award nomination for best actress, solidifying her serious acting chops.

Steve Carell became a household name playing Michael Scott on NBC's "The Office" in the aughts, but he's since proven he has what it takes to tackle meatier roles. His work in 2014's "Foxcatcher" showed audiences his grittier side, with Steve playing John Eleuthere du Pont, a multimillionaire who happens to have a passion for wrestling and recruits Channing Tatum's character, Mark, to train for the world championships. Steve's performance was so compelling, he earned himself a best actor Oscar nomination and reinvented his career.

Jonah Hill did a complete 180 from comedy to drama when he landed the role of Assistant GM Peter Brand in 2011's "Moneyball." In the film, Peter must build a baseball team of undervalued talent using a sabermetric approach to scouting. The performance earned Jonah his first Academy Award nomination for best supporting actor and helped to establish him as an in-demand drama star. He went on to star in "Maniac," "War Dogs" and "The Wolf of Wall Street," for which he earned his second best supporting actor Oscar nod.

Whoopi Goldberg might have built a reputation for her laugh-out-loud performances in several comedic films, but the "The View" host earned serious cred in a very serious role. In 1985, Whoopi starred as Celie, an abused woman living in the Deep South during the early 20th century, in "The Color Purple." The performance earned Whoopi her first Academy Award nomination and first Golden Globe win.

Sarah Silverman shocked audiences with her dramatic acting in "I Smile Back" in 2015. The film features the comic playing Laney, an outwardly perfect mom and homemaker who has demons festering beneath the surface. Though the film didn't receive rave reviews, Sarah's performance did. The part earned her a Screen Actors Guild Award nomination for outstanding performance by a female actor in a leading role.

The late Robin Williams could always be counted on to make us laugh. But in 1997 when he took on the role of Dr. Maguire in "Good Will Hunting," he also truly shined in the dramatic department. The film, penned by then-newcomers Ben Affleck and Matt Damon, saw Robin playing a psychology professor who helps Matt's titular character open up in the shrink's chair. The film industry took notice of Robin's acting chops — he took home the Academy Award for best supporting actor for his work in the film.

The world associates Kristen Wiig with comedy, considering that she rose to fame on "Saturday Night Live." But the funnylady proved she had much more to offer in "The Skeleton Twins." The dark 2014 drama featured Kristen starring alongside fellow "Saturday Night Live" alum Bill Hader as his twin.

Bill Murray tried his hand at a more serious role in 2003, his most memorable attempt. In "Lost in Translation," writer-director Sofia Coppola cast Bill as Bob, a washed-up movie star who's spending time making money in Japan when he encounters a newly married young woman, Charlotte (played by Scarlett Johansson). The performance earned Bill an Academy Award nomination and a Golden Globe win for best actor.

Eddie Murphy is known for bringing the laughs, so 2006's "Dreamgirls" was an abrupt departure from his usual roles. He played James "Thunder" Early, who was modeled after famous singers like James Brown and Marvin Gaye, in the musical film. For his portrayal of the singer, Eddie received an Academy Award nomination for best supporting actor and won the Golden Globe for best supporting actor in a musical or comedy.

One of the most famous examples of a comedian switching gears to make a serious flick is Jim Carrey in "Eternal Sunshine of the Spotless Mind." The 2004 film is tough to put in one category, as it features a little comedy, lots of drama and some science fiction. Jim's performance helped the movie gain a cult following. It follows the story of a couple who have undergone a procedure that erases the memories of their relationship. The unique tale won a best original screenplay Oscar and earned Jim a Golden Globe nomination for best lead actor.

A stand-up comedy star in a dark, dramatic role? This doesn't happen often, but Mo'Nique showed the world how it was done in 2009's "Precious." The depressing flick saw Mo'Nique step into the role of a horribly abusive mother. Her performance both disgusted audiences and entranced them as she somehow also made the woman empathetic. She took home an Academy Award for best supporting actress for this performance of a lifetime.

Like many of his fellow "Saturday Night Live" alums, it was strange to see Will Ferrell try his hand at serious acting. But the talented comedian proved he had the ability in 2010's "Everything Must Go," a film that saw him playing an alcoholic recently fired from his job. The dark flick received decent reviews, but it was Will's performance that garnered the most attention.

Ben Stiller tried his hand at drama when he starred as Roger Greenberg, a carpenter who recently suffered a nervous breakdown, in 2010's "Greenberg." The film was a box-office bomb, but critics loved Ben's performance. He has since taken on a few other dramatic roles including in 2013's "The Secret Life of Walter Mitty" and 2017's "The Meyerowitz Stories."

Lily Tomlin made a name for herself on funny television shows, but in the '70s, she let fans see another side. 1975's "Nashville" was an ensemble musical that featured Lily in one of her first film roles. Her serious portrayal of Barbara Harris was a memorable one that earned her an Oscar nomination.

A long way from "Austin Powers"! Quentin Tarantino tapped Mike Myers for a role in "Inglourious Basterds" in 2009. Mike took on the part of British General Ed Fenech in the gory war flick, which tells the story of plots to kill Nazis.

Paul Thomas Anderson has a talent in picking funny men for serious roles. 2014's "Inherent Vice" saw Martin Short trying his hand at something that wasn't about the laughs — he played a drug-addicted dentist instrumental in leading James Brolin's character on a run from the cops.

Steve Martin first attempted drama in 1981's "Pennies From Heaven," but it was 1997's "The Spanish Prisoner" that truly showed off his acting range. In the film, Steve starred as Julian "Jimmy" Dell, a wealthy stranger who takes a suspicious interest in the work of a young businessman. The neo-noir movie was well received by critics and audiences. Steve went on to star in the 2016 drama "Billy Lynn's Long Halftime Walk" too. 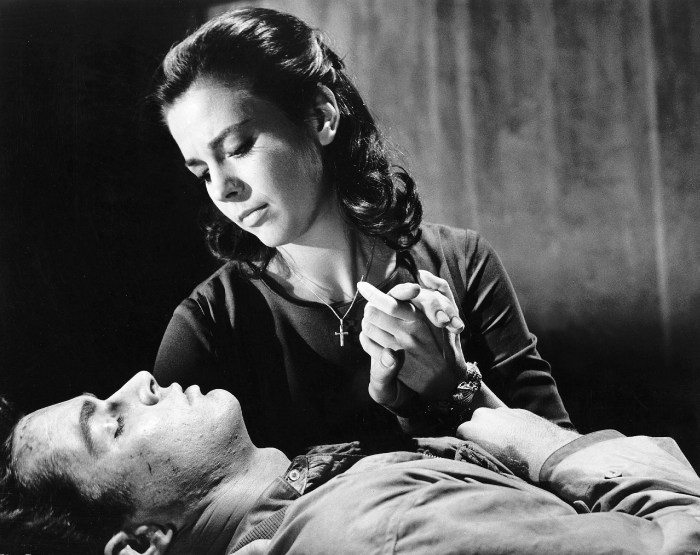 Up Next Musical Mates