When it comes to life and love, we've learned one important lesson: The heart wants what it wants! In "The Shape of Water," which opens in theaters on Dec. 8, 2017, Sally Hawkins stars as a mute low-level employee at a secret government research facility who falls in love with one of the lab's assets: a fishlike humanoid creature. In honor of the sci-fi love story's debut, Wonderwall.com is taking a look back at more of the most unconventional love stories in cinema history…

The 2009 James Cameron-directed sci-fi action flick "Avatar" centers around the cross-species romance between a human Marine (Sam Worthington) and a female member of a species of blue humanoid aliens called the Na'vi (Zoe Saldana).

In the 2007 dramedy "Lars and the Real Girl," Ryan Gosling stars as the titular loner who falls in love with a lifelike doll named Bianca whom he ordered from an adult website. The A-list actor earned Golden Globe and SAG Award nominations for his performance in the film.

King Kong has always had a thing for his leading ladies — from Naomi Watts (pictured) and Brie Larson to Jessica Lange and Fay Wray. We guess when you're the only member of a species of ginormous gorillas, you take love where you can find it!

In 1987's "Mannequin," an aspiring artist (Andrew McCarthy) falls in love with a beautiful mannequin while working at a department store. The mannequin, who comes to life at night, is actually an ancient Egyptian girl (Kim Cattrall) hidden by the gods until she finds her true love. We're not sure which is more shocking: falling in love with an inanimate object or casting Kim Cattrall as an Egyptian.

In the 2013 horror-comedy "Warm Bodies," Nicholas Hoult stars as R, a partially-aware zombie who attempts to woo a living girl, Teresa Palmer's Julie. When it comes to on-screen romance with the undead, vampires can be varying degrees of sexy. But zombies? There's only one level of ick — and it's high!

In the 2013 drama "Her," Joaquin Phoenix's lonely divorcé falls in love with his advanced operating system (think Siri times a million), whom he names Samantha (the voice of Scarlett Johansson). He earned a Golden Globe nomination for his performance in the film.

Earth, wind, fire, water, Leeloo. Those are the titular substances that make up all matter within the universe in 1997's "The Fifth Element," in which Milla Jovovich stars as the smoking-hot Supreme Being. In the sci-fi action flick, Leeloo learns about love from taxicab driver Korben Dallas (Bruce Willis). Lucky guy!

In 2013's "The Host," Saoirse Ronan stars as Melanie, a human girl whose mind and body are inhabited by a parasitic alien named Wanderer. Somehow, Melanie and Wanderer develop a friendship — even though Wanderer is in love with Ian (Jake Abel) and Melanie is in love with Jared (Max Irons, pictured). Weirdest love triangle ever? You betcha!

In 1999's "Bicentennial Man," Robin Williams stars as a robot named Andrew who develops feelings and eventually falls in love with Portia, the granddaughter of the little girl for whom he originally served as a housekeeper. (Embeth Davidtz stars as both the adult version of the little girl and her granddaughter.) After undergoing countless procedures to become more human, he fights the government to be recognized as a real person so they can legally tie the knot.

Robin Williams has brought to life more than one unconventional love story involving the granddaughters of women he knew in their youth: In 1991's "Hook," he portrays a grown-up version of Peter Pan, who's married to Wendy's granddaughter, Moira. If you think your family gatherings are uncomfortable, keep this in mind: At least your grandmother wasn't in love with your husband when she was a little girl.

In 1990's "Edward Scissorhands," Winona Ryder's teenage Kim Boggs falls in love with the title character, a Frankenstein's monster with scissors for hands (Johnny Depp). Sure, why not?

Here's yet another example of cross-species romance: In the 2001 remake of "Planet of the Apes," Mark Wahlberg's Captain Leo Davidson shares a special bond (and a kiss!) with Helena Bonham Carter's ape alter ego, Ari.

In the 2014 sci-fi thriller "Ex Machina," Alicia Vikander stars as Ava, an artificially intelligent humanoid robot who seduces the programmer (Domhnall Gleeson) tasked with determining whether or not she's developed true sentience.

It's now one of the most popular tropes in storytelling, so the weirdness of the love that grows between Belle and a monstrous dog-bear-man in "Beauty and the Beast" has been extremely diluted over the years. But, yeah, falling in love with a giant monster is pretty unconventional!

Brad Pitt starred as Death, who falls in love with a living woman (Claire Forlani), in 1998's "Meet Joe Black." Cute or creepy? Definitely both!

In the 1990 romantic thriller "Ghost," Patrick Swayze's Sam Wheat, the titular dead guy, possesses a psychic played by Whoopi Goldberg so he can touch his girlfriend (Demi Moore) again. It's one of the most simultaneously sensual and strange love scenes in cinema history.

Sure, a human princess named Fiona falls in love with the titular ogre in the "Shrek" movies, but that's hardly the oddest coupling of the franchise. That distinction goes to Donkey and Dragon, who tied the knot between the first and second movies and went on to welcome a brood of donkey-dragon offspring.

In the 1971 dark comedy "Harold and Maude," a morbid young man (Bud Cort) falls in love with a free-spirited 79-year-old woman (Ruth Gordon). It's unconventional in the traditional sense! Both actors earned Golden Globe nominations for their performances in the film. 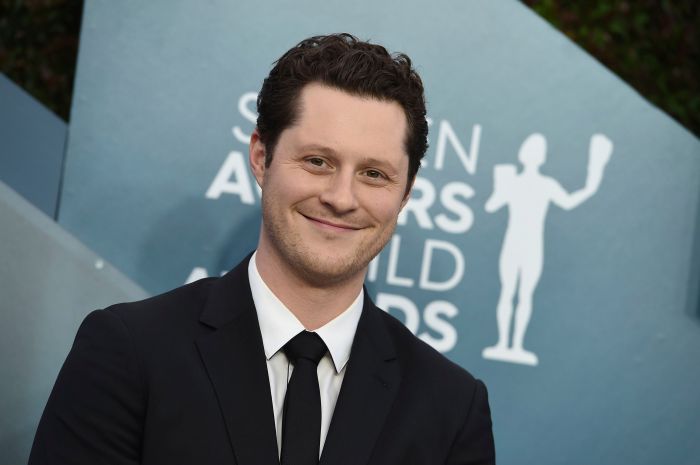