If you haven't already marked your calendars and programmed your DVRs, then it's time you do because Season 11 of "The Big Bang Theory" is set to premiere on Sept. 25, 2017. To celebrate our favorite quirky gang's return to the small screen, Wonderwall.com is sharing a few lesser-known facts about each of the cast members. Keep reading to find out which actor is married to a beauty queen, who almost got the role of Sheldon and more…

RELATED: Colin Firth's movies ranked from best to even better

When Johnny Galecki was first approached about possibly starring on a new sitcom called "The Big Bang Theory," it wasn't to play Leonard. Johnny was initially considered for the role of Sheldon (which, of course, later went to Jim Parsons). However, once he read the script, he knew Leonard was a better fit.

In 2015, Kaley Cuoco was named by Forbes as one of the highest paid TV actresses, topping other popular stars like Ellen Pompeo and Mariska Hargitay due to her impressive $1 million-per-episode contract. Her reported net worth was an astonishing $28.5 million. Kaley shared the top spot with "Modern Family" star Sofia Vergara at the time.

Another "The Big Bang Theory" star to top a Forbes' highest paid list? Jim Parsons, who earned a cool $1 million per episode along with co-stars Kaley Cuoco and Johnny Galecki. However, in 2017, the three, as well as Simon Helberg and Kunal Nayyar, reportedly decided to take an enormous $100,000-per-episode pay cut to help up the salaries of the show's other main stars in an effort to reach pay parity, making them incredibly awesome and still really rich.

Kunal Nayyar isn't just a famous actor from "The Big Bang Theory." In 2015, Kunal also became a published author with his best-selling memoir "Yes, My Accent is Real: And Some Other Things I Haven't Told You." In the book, Kunal shared that when he arrived in the United States in 1999, some of his first jobs included waiting tables and scrubbing toilets.

Apparently, nerdy guys do finish first, at least when it comes to love. Simon Helberg, who plays engineer Howard Wolowitz on "The Big Bang Theory," has been married to actress Jocelyn Towne since 2007. The couple share two children: Adeline and Wilder.

There's a funny story about actress and real-life neuroscientist Mayim Bialik that foreshadowed her joining the cast of "The Big Bang Theory" in Season 3. All the way back in Season 1, characters Raj (Kunal Nayyar), Leonard (Johnny Galecki) and Howard (Simon Helberg) plotted to find a replacement for Sheldon (Jim Parsons) on their physics team. In a hilarious twist, the guys figured Mayim would fit nicely, saying on the show, "You know who's apparently very smart is the girl who played TV's 'Blossom.' She got a PhD in neuroscience or something."

If you had a fantasy about running away with Johnny Galecki and living a romantic, quiet life full of cheeseburgers, milkshakes and stay-at-home movies, we've got bad news for you. Johnny is a vegetarian and has been for a really long time. So unless those burgers are made from black beans and that's an almond milk shake, your fantasy isn't likely to happen.

It might surprise you to know that Sheldon's beloved no-touch instrument, the theremin, is actually a real thing. Further, in all the "The Big Bang Theory" scenes where Sheldon is playing the instrument, that's actually Jim Parsons working his hands over the theremin to create the strange, slightly melodic (but mostly annoying) sounds.

Our favorite "The Big Bang Theory" comic book store owner, Stuart Bloom, is played by actor Kevin Sussman. It turns out Kevin was actually perfect for the role as he once worked in a comic book store before becoming an actor.

Kaley Cuoco (seen here in a scene from 2016 with Mayim Bialik and Melissa Rauch) missed filming two episodes of "The Big Bang Theory" during Season 4 after sustaining a broken leg in a horseback riding accident. When Kaley did return, her scenes were filmed standing behind a counter so viewers wouldn't see her injury.

It turns out that "The Big Bang Theory" co-stars Kunal Nayyar and Johnny Galecki share more than just a hit show. Both men were born on April 30. Johnny, however, was born in 1975 and Kunal in 1981.

Simon Helberg has a dream and that dream involves The Beatles. Actually, more specifically, his dream is to have former Beatle Ringo Starr guest star on "The Big Bang Theory" and play none other than his character Howard's dad. Awww.

Actress Melissa Rauch plays the chipper Dr. Bernadette Rostenkowski-Wolowitz (Bernie for short) — Howard's wife on "The Big Bang Theory." One thing Bernie is known for is her squeaky voice, which sounds a bit like she took a drag on a helium balloon. Melissa told the audience at a 2016 Comic-Con panel that the unique voice wasn't in the script, but she ran with it during her audition and it stuck. She then revealed that she based her voice on how her own mom talks!

By now, everyone should know that Mayim Bialik has a PhD in neuroscience, but some might not realize it was Mayim's idea to give her "The Big Bang Theory" character, Amy Farrah Fowler, the career of a neurobiologist. Mayim's thinking was actually pretty simple. She wanted to be able to double-check the facts in the script and fix them before they made it on-air since she actually understands what it all means.

According to Jim Parsons, when his agent first told him that "The Big Bang Theory" creator and producer Chuck Lorre wanted him to audition, Jim thought he was talking about game show host Chuck Woolery. Jim told David Letterman, "I thought, Why are they so excited about it? We should see what the man has to offer before we're like, 'It's a new Chuck Woolery pilot!'" Eventually, Jim figured out his mistake and auditioned for the part of Sheldon Cooper. Chuck was apparently so impressed by Jim, he called him back again and after the second audition, hired him on the spot for the role.

Their characters have been madly in love on "The Big Bang Theory" and even got married (twice!), but did you know that in real life, Johnny Galecki and Kaley Cuoco did secretly date, for two whole years? And their breakup didn't impact their awesome friendship! Johnny and Kaley's new love, Karl Cook, have even been seen engaging in their own bromance.

If you felt bad for Kunal Nayyar because he once had to clean toilets in his early days in America, you can let that go now. In 2011, the "The Big Bang Theory" star married a former Miss India, actress and model Neha Kapur, in an elaborate six-day wedding in New Delhi, India. Kunal is proof fairy tales do come true.

Kaley Cuoco admits that she absolutely hates watching herself on early episodes of "The Big Bang Theory." She told reporters shortly before the premiere of Season 9, "I do stop and watch because I'm appalled by what I'm seeing. I'm like, 'Kaley, what is that choice?' I usually put it on mute because I cannot stand the sound of my voice, especially early on. But [I look to] kind of see what I was wearing, and it's hilarious."

In May 2017, Jim Parsons married his longtime partner, art director Todd Spiewak. In 2013, Jim was quoted as saying their relationship was "an act of love, coffee in the morning, going to work, washing the clothes, taking the dogs out — a regular life, boring love." (Jim, that sounds like heaven to us!)

During filming of Season 6 of "The Big Bang Theory" in 2012, Mayim Bialik was in a serious car accident while driving in Los Angeles. According to reports, Mayim's thumb was badly injured when a car with three tourists from Chile suddenly slammed into her vehicle. For several episodes of the show, Mayim had to hide her hand — the production team also used special camera angles to conceal her injury — because her bandages couldn't be explained in the storyline.

When Kunal Nayyar came to the States, he wanted his parents to be proud of him, so he enrolled at the University of Portland and got a bachelor's degree in business. While he studied, Kunal says he spent a lot of time in the theater and fell in love with acting — which set him on the path to become the TV star he is today.

Simon Helberg once used his talent as a former high school pianist to win a major movie role. While auditioning for the film "Florence Foster Jenkins" starring Meryl Streep, Simon knew he wasn't the best piano player around, but he also knew he was the best actor to take on the part of Mexican pianist Cosmé McMoon. Thankfully for Simon (and us), the director agreed and Simon landed one of his biggest film roles to date. 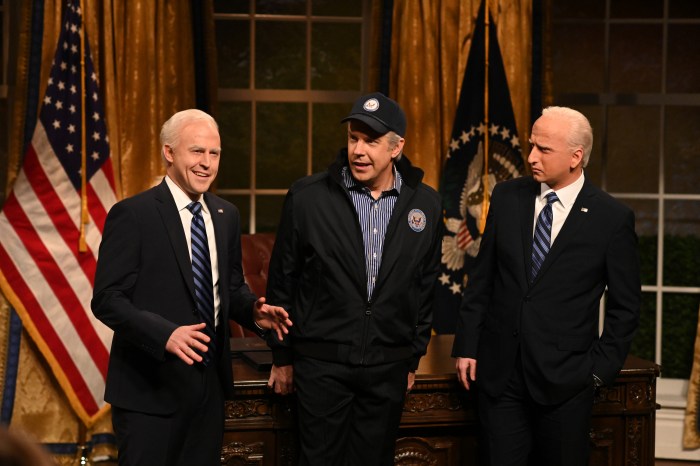