ABC axed the "Roseanne" revival after star Roseanne Barr made a racist joke about former Obama adviser Valerie Jarrett on Twitter on May 29. "muslim brotherhood & planet of the apes had a baby=vj," tweeted the controversial comedienne just days after Season 10 of her sitcom came to an end. Though she initially apologized for her crude comment, it was too little, too late. "Roseanne's Twitter statement is abhorrent, repugnant and inconsistent with our values, and we have decided to cancel her show," Channing Dungey, President of ABC Entertainment, said in a statement.

"Roseanne" cast and crew shocked over cancellation, star Roseanne Barr accuses castmate of throwing her under the bus

On May 29, "Entertainment Tonight" reported that the "Roseanne" crew were "in shock" over the show's sudden cancellation — in spite of star Roseanne Barr's problematic behavior on-set leading up to her Valerie Jarrett Twitter scandal. According to a production source, the controversial funnywoman had no filter, cared little about whom she offended and had frequent outbursts on set. It also "would take a lot of coaxing to get her down when she would get riled up," said the source. She was also unapologetic about her former Twitter-related scandals and "didn't regret previous tweets she had to take down," the source told "ET." In the wake of the scandal, Sara Gilbert and Michael Fishman took to Twitter to disparage their co-star's racist tweet. Though she initially apologized and said that she'd be leaving the social media platform behind, Roseanne returned to Twitter to accuse Michael of throwing her under the bus and to call one of Sara's tweets "unreal." She later told her co-stars, "I forgive u both, love u both."

Former "Deadliest Catch" captain Blake Painter was found dead at his home in Astoria, Oregon, on May 25. A local sheriff told Deadline that a friend found the 38-year-old fisherman's body on Friday but that he "probably passed away a day or two ahead of that." According to the sheriff, the friend became concerned after not hearing from Painter for several days and went to check on him. There were no signs of foul play, and authorities are reportedly awaiting the results of toxicology testing to determine the cause of death. In January, The Daily Astorian reported that Painter, who left the Discovery series after Season 3 in 2007, had been arrested after a police officer allegedly saw him smoking heroin in his car. He was reportedly charged with DUI and heroin possession.

On May 29, "This Is Us" creator Dan Fogelman revealed during a panel discussion in Los Angeles that he's "actually already shot pieces of the final scene in the series," which shows no signs of ending anytime soon. "We're pretty far along. Our writers and I are kind of to the end. We have a path for each season of the show. We've always had a plan," he said. "I don't think this show will ever — despite any success it may or may not have — will ever overstay its welcome, and we have a story to tell. And we want to do this the right way. And so we have a plan." The second season of the NBC family drama concluded in March.

Andrew Lincoln is leaving "The Walking Dead" following the upcoming ninth season, during which he'll have a reduced role. The English actor, who's starred as Rick Grimes since Season 1 of the zombie drama in 2010, will only appear in six episodes of Season 9, Collider first reported on May 29. AMC will bump up Norman Reedus, who stars as Daryl Dixon, to the series' lead.

Director Christian Charles is ramping up his lawsuit against Jerry Seinfeld, Sony and Netflix for allegedly stealing his idea for "Comedians in Cars Getting Coffee," on which Seinfeld has starred since 2012. Charles originally sued in February sans legal representation, but now he's hired a lawyer, who filed an amended complaint on May 25 asking to block further distribution of the series, which debuted on Crackle and sold to Netflix for $100 million in early 2017. Charles previously requested credit and compensation, alleging that he pitched an early iteration of "Comedians in Cars" to Seinfeld in 2002 and that in 2011, the comedian enlisted him to develop, direct and produce the project. Charles — who claims that his working relationship with Seinfeld stems back to 1994 — also says that he had meetings and email conversations with the Emmy winner's reps about the show and registered copyrights on a treatment and script for a pilot episode before Seinfeld began to use his ideas without his involvement. Seinfeld's attorney has called the lawsuit "frivolous" and "an opportunistic — and belated — attempt to capitalize" on the show's success. "Mr. Seinfeld is the sole creator of this show. End of story," said the comedy icon's lawyer.

Becca Kufrin has addressed the scandal surrounding Garrett Yrigoyen, who scored her first impression rose on the Season 14 premiere of "The Bachelorette" on May 28 but landed in hot water with Bachelor Nation fans for allegedly liking Instagram posts disparaging transgender people, feminists, immigrants and Parkland shooting survivors from a since-deleted Instagram account. (Screenshots of the posts landed on the Internet earlier this week.) "I want viewers to be open to everyone, and I want them to go through this season with me and watch my love story unfold with all of these men… because that's how I went into this journey," the 28-year-old publicist told "Entertainment Tonight" on May 30. "I did things in the past that I'm sure wasn't the best thing, but I just want people to stay open-minded to everyone," she continued. "I can't fault on anyone for what they believe and who's to say that anyone is truly what they believe in if they just double tap," added the brunette beauty. "I can't speak to that because that's just not me. I am a strong woman and I do believe in certain things, but again, that's what's so great about our country — everyone is entitled to their own opinions." She reportedly did not say whether or not the revelation about Garrett's Instagram activity changed her opinion of him.

During the May 30 episode of "Full Frontal with Samantha Bee," the late-night host criticized Ivanka Trump for tweeting a photo of herself cuddling one of her two sons on May 27, just days after two troubling reports regarding immigrant children being separated from their parents went viral. Bee called the TwitPic "the second most oblivious tweet we've seen this week." (The first being Roseanne Barr's racist Valerie Jarrett tweet.) "You know, Ivanka, that's a beautiful photo of you and your child, but let me just say, one mother to another: Do something about your dad's immigration practices, you feckless c—," said Bee. "He listens to you. … Put on something tight and low-cut and tell your father to f—— stop it. Tell him it was an Obama thing and see how it goes." The expletive-laced monologue sparked immediate backlash, with some critics calling for TBS to drop "Full Frontal" as ABC did with "Roseanne." Bee supporters, meanwhile, argued that her vulgarity and Barr's racist tweet were apples and oranges. The host apologized on May 31. 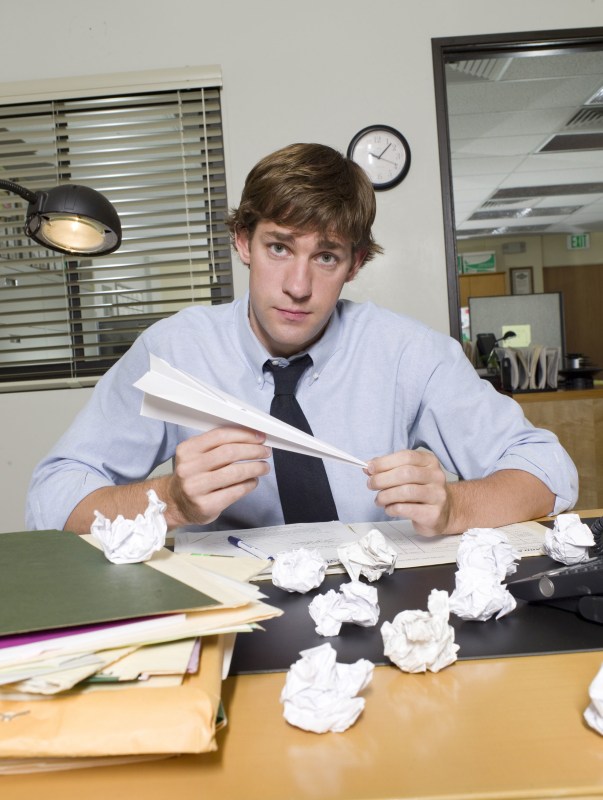 Up Next 'The Office' cast now