Like most people, we're huge fans of real estate and home improvement shows — and the people who host them! But just because the gorgeous homes in sometimes exotic locations seem perfect doesn't mean the genetically gifted folks telling us about them are. Wonderwall.com is taking a look back at some of the biggest real estate and home improvement reality show scandals and controversies, starting with the recent drama between "Flip or Flop" stars Christina and Tarek El Moussa. In January 2017, In Touch reported that Terek was a "husband from hell" behind the scenes of the hit HGTV series. "Tarek found humor in insulting his wife in repeated verbal attacks," a source told the tabloid, adding that "Tarek treated Christina like garbage." Yikes! The couple announced their separation in late 2016, and Tarek filed for divorce in January 2017. Now keep reading for more…

In April 2016, Jonathan Scott was involved in a bar fight in Fargo, North Dakota. According to Us Weekly, a bouncer put the "Property Brothers" star in a choke hold after he intervened in a confrontation between other parties in the bar. Jonathan reportedly called 911, claiming that the bouncer assaulted him. Ultimately, no one was arrested and the HGTV star was not charged with a crime.

In November 2016, Joanna and Chip Gaines landed in the headlines when BuzzFeed published a story pointing out that Jimmy Seibert — their pastor at their place of worship, Antioch Community Church in Waco, Texas — opposes homosexuality and gay marriage and believes in conversion therapy. Asked the writer of the piece, "So are the Gaineses against same-sex marriage? And would they ever feature a same-sex couple on the show, as have HGTV's 'House Hunters' and 'Property Brothers'?" The "Fixer Upper" stars stayed quiet as the controversy played out in the press, but HGTV addressed the scandal in a statement: "We don't discriminate against members of the LGBT community in any of our shows," they said. "HGTV is proud to have a crystal clear, consistent record of including people from all walks of life in its series."

Nicole Curtis has come under fire on multiple occasions for failing to pay contractors. In 2015, the owner of a structural shoring and carpentry business claimed that the "Rehab Addict" star still hadn't coughed up the $25,000 he was owed three years after they worked together on a property in Minneapolis. The HGTV personality also infuriated neighbors of the condemned property, which she bought in late 2012, when by summer 2016, she still hadn't completed renovating the property — for which she also has unpaid bills, taxes and fines. (Nicole has attributed the delay to another contractor.) Additionally, she's been taken to small claims court by a plumber and by a former personal assistant over alleged failures to pay them what they were owed. But all that is nothing compared to her messy personal life…

In 2015 and 2016, Nicole Curtis legally battled her ex, Shane Maguire, over custody of their baby son, Harper. In the summer of 2016, a judge ordered the "Rehab Addict" star to pay her ex for missed visitation time and, according to E! Online, barred her from bringing Harper with her to job sites where there might be lead or other toxic chemicals. On top of that, Nicole's mother requested an order of protection against the HGTV personality, claiming Nicole had threatened her. (Ultimately, the judge did not issue the order but told Nicole to leave her mom alone.)

In 2015, "Kitchen Cousins" and "America's Most Desperate Kitchens" stars Anthony Carrino and John Colaneri filed for bankruptcy after they were ordered to shell out nearly a million bucks to a couple who sued the HGTV stars and their construction company for doing a bad job on their kitchen renovation.

In 2016, a North Carolina couple sued the company that produces "Love It or List It," claiming that their home was "irreparably damaged" during their appearance on the series, which is hosted by real estate agent David Visentin and interior designer Hilary Farr (pictured). The plaintiffs claimed in their suit that they deposited $140,000 with the production company to renovate their home but that the funds "essentially pay the cost of creating a stage set for this television series" and not for actual construction work.

In 2013, the New York State Department investigated real estate broker Luis D. Ortiz after he was shown digitally enhancing promotional photos of a property for which he was the listing agent on an episode of "Million Dollar Listing New York." (Luis and his brother used Adobe Photoshop to add marble countertops, hardwood floors and an updated kitchen to the $7 million, five-bedroom Greenwich Village pad.) Though he initially called the fabrication "a little white lie," the Bravo personality later admitted in a blog post that the incident was "not the best of my moments."

In 2016, a man sued the companies owned by interior designer Meridith Baer — who temporarily furnishes various properties to make them appear more appealing to potential renters or buyers — claiming that she sent "defective" furniture to fill his apartment. The "Staged to Perfection" star's company accused their former client of blaming and defaming them after he changed his mind about leasing Meridith's furniture and called the lawsuit "frivolous."

In January 2017, In Touch reported that nearly 200 plaintiffs in Texas were suing "Flip This House" star Armando Montelongo, alleging that $1,500 seminars hosted by his company were simply ruses to sell even more classes that cost as much as $54,000. "They've been cheated," attorney Christopher Wimmer, who's handling the class-action lawsuit against the former A&E host and his company told the magazine. The lawyer accused Armando's business of intentionally defrauding their customers: "They're not offering genuine education services — just an opportunity to buy more products," he said. According to the lawsuit, the company's "scheme" has "destroyed livelihoods, wrecked marriages, driven students into clinical depression and even resulted in suicide." Armando, meanwhile, maintains his innocence.

In 2014, HGTV nipped one potential scandal in the bud when it canceled "Flip It Forward" before the show premiered after Right Wing Watch revealed that twins David and Jason Benham, who were set to star on the series, had made anti-gay and anti-abortion statements. "Our show had nothing to do with any of the things that are now the controversy," David said on "Nightline" after he and his brother were axed. "But I also understand that HGTV, when they called us and shut the show down, they said they had to make a business decision." 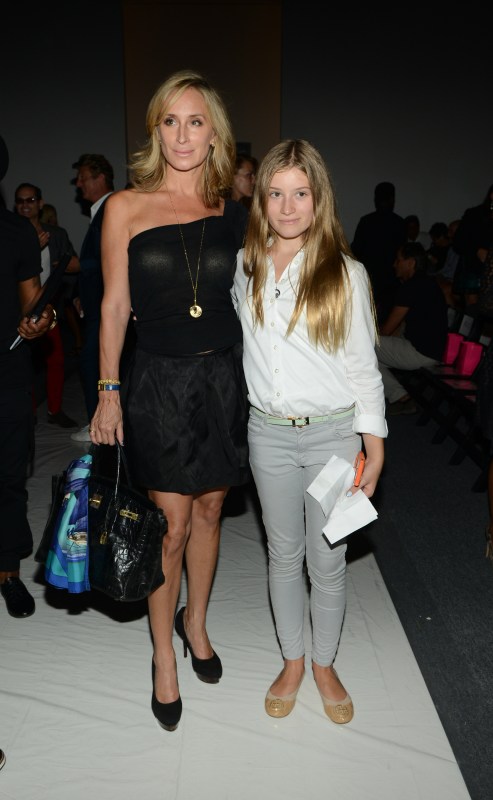