If you've been keeping up with streamers in recent years, you've noticed the steady increase in television shows starring women of color! While Hollywood still has its fair share of work to do in terms of casting more minorities in leading roles, we can, however, rejoice in the fact that we have some pretty stellar shows starring women of color. Join Wonderwall.com as we take a look at our favorite TV shows starring POC, particularly women… starting with this Netflix coming-of-age series. The Mindy Kaling co-created show "Never Have I Ever" debuted in April 2020 and has since returned for a second season. Breakout star Maitreyi Ramakrishnan, an Indian Canadian actress, portrays Devi Vishwakumar, a Los Angeles teen who struggles to find her place in high school after her father's sudden death. And it wouldn't be a teen series without a good ol' love triangle, right? We also see Devi decide between bad-boy hottie Paxton Hall-Yoshida (Darren Barnet) and her longtime academic enemy, Ben Gross (Jaren Lewison).

Keep reading for more series led by women of color…

Who doesn't love Mindy Kaling? From 2012 to 2017, Mindy starred on "The Mindy Project" as Mindy Lahiri, an ultra-successful New York City-based OB/GYN. However, while her professional life may have been in tip-top shape, her personal life couldn't be further from it: At the beginning of the series, Mindy has an ill-advised romance with a fellow doctor in her practice and goes on several dates with not-so-great prospects. Still, she remains true to herself throughout it all — and true to her hopeless romantic beliefs and ways!

While we can think of a plethora of reasons why Hulu's "Pen15" is one of the most refreshing comedy series to debut in a long time, there's one particular aspect we must acknowledge, and that's its depiction of Asian identity. Maya Erskine's Maya Ishii-Peters is a respectful yet honest Japanese American seventh grader who desperately wants to be accepted by the popular white girls around her. She leans on her humor and ability to make people laugh as a means of gaining approval — but she cuts herself down and reduces herself to racial stereotypes in the process (See: season 1's "Posh" episode). In addition to candidly exploring Maya's identity crisis, the show also hilariously depicts exactly what it's like to come of age in the year 2000 (Lifehouse and all).

What we particularly love about "Insecure"? Its true, authentic portrayal of an imperfect woman of color. Issa Rae stars as Issa Dee, a 20-something Los Angeles woman who, when we first meet her, is stuck in an unfulfilling job and in a relationship that feels like it's been going nowhere for a long time. As the series goes on, we see Issa grow into the woman she's always hoped to be: She gets a handle on her career and even makes wiser decisions when it comes to dating. (The show also sheds light on what it's like for a Black woman, and a woman of color in general, to find love.) Still, Issa has her fair share of ups and downs, and isn't without her flaws, but we still find ourselves rooting for her in spite of it all.

We're suckers for a will-they-or-won't-they teen love story, so our love for Netflix's holiday-themed miniseries "Dash & Lily" is a total no brainer. The Christmas project, which was executive produced by Nick Jonas, stars Midori Francis as Lily, a Japanese American 17-year-old who finds herself in a blossoming romance with an anonymous boy with whom she trades letters. The eight-episode show packs a totally sweet punch, plus it's set in New York City during the holidays. Need we say more?

We all remember this one, right?! In 1996, Brandy starred as Moesha Mitchell, a Black teenager living in an upper-middle-class neighborhood in Los Angeles on "Moesha." The series, which ran until 2001, follows Moesha's coming-of-age experiences as she deals with school, boys, friendships and having to acclimate to the latest addition to her family: her step-mother.

In 2021, "Grey's Anatomy" alum and "Killing Eve" star Sandra Oh took on the role of Ji-Yoon Kim, the new chair of Pembroke University's English department, on Netflix's "The Chair." As the first woman of color in the prestigious role, Ji-Yoon finds herself in the difficult position of having to meet the daunting expectations that come with her newfound position of power.

The critically acclaimed drama series "I May Destroy You," which was created, written, co-directed and executive produced by its star, Michaela Coel, tells the story of Arabella, a 20-something Black writer from East London who examines her life after she's sexually assaulted at a nightclub. In addition to featuring a predominantly Black British cast, the series also does a brilliant job at exposing the disproportionate focus on violence against white women rather than Black women, particularly amidst the #MeToo movement in 2017. Recognizing the mainstream media's erasure of Black and brown stories of sexual assault, Michaela's "I May Destroy You" gives the audience a devastating look into the ways Black women are let down or mistreated by society — and how they continue to persevere and exhibit formidable strength in spite of it.

While "Friends" may be known as a cultural reset, it's important recognize that the series was not the first of its kind. Enter "Living Single," which ran from 1993 to 1998 ("Friends" debuted in 1994). The FOX series, which aired for five seasons and starred Queen Latifah, Kim Fields, Erika Alexander and Kim Coles, focused on the friendships between four 20-something Black women living in a Brooklyn, New York, brownstone. Recognized as one of the most watched Black programs of the '90s, "Living Single" was the blueprint for the friendship-centric comedies that emerged thereafter — unlike "Friends," however, the series served as a platform for people of color, particularly young women of color, giving them a space to feel seen in mainstream media.

Another ensemble series that starred Black women? "Girlfriends," which ran from 2000 to 2008. The UPN sitcom, which featured Jill Marie Jones, Golden Brooks, Tracee Ellis Ross and Persia White, followed the lives of four women as they navigated the trials and tribulations of their careers, families and romantic relationships. Similar to HBO's critically acclaimed "Sex and the City," "Girlfriends" was another beloved series that focused on the lives of modern women living in a big, unforgiving city — only it had what "SATC" undeniably lacked: diversity.

Yup, that's me! If you're a child of the aughts who had the privilege of watching the Disney Channel growing up, "That's So Raven" was likely in your weekend lineup. The hit series starring the one and only Raven-Symone follows San Francisco teenager Raven Baxter, who gets visions, or glimpses into the near future. As well as showcasing Raven's hilarious antics and her dreams of becoming a fashion designer, the show doesn't shy away from addressing serious issues like sizeism and racism (in fact, there's even an episode where Raven isn't hired at a clothing store because she's Black).

Gina Rodriguez takes on the titular role in The CW's "Jane the Virgin," which is about a mid-20s Latina virgin who finds out she's pregnant after accidentally being artificially inseminated. The satirical telenovela, which has been hilariously praised for its parody of common tropes in Latin American soaps, gained a devoted fan base over the course of its five seasons (it ran from 2014 to 2019). With its predominantly Latino cast — it was the only series on network television with one at the time — "Jane the Virgin" provided a platform for Latinx storytellers to be heard on American television.

It's from Shonda Rhimes, so you know it's gonna be good. From 2012 to 2018, Kerry Washington starred on "Scandal" as Olivia Pope, a former media consultant to the president of the United States who, in an effort to start anew, opens her own crisis-management firm. But of course, leaving her past behind proves to be messier than expected. As with any Shondaland show, "Scandal" certainly dishes up all sorts of drama for its lead — both personal and professional.

From 2010 to 2013, Vietnamese American actress Maggie Q portrayed the titular heroine on "Nikita," a series about a woman whose life was saved by a mysterious government agency called the Division. Nikita, however, eventually comes to realize that she's been trained as an assassin by her so-called saviors, and as a result makes it her mission to exact revenge on the Division and those associated with it. 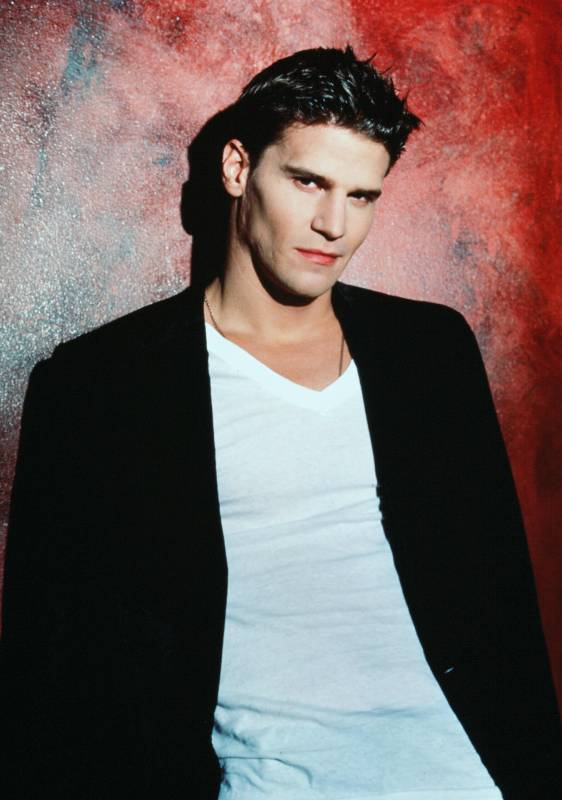