Before there was "Sister Wives," there was HBO's "Big Love," a drama about the world of a polygamist Mormon family in Utah. It's hard to believe, but March 20, 2021, marks the 10 year anniversary of the series finale so Wonderwall.com is checking in to find out what the stars of the show are doing now…

Bill Paxton played Bill Henrickson, the patriarch of a polygamist family based in contemporary Utah. He earned three Golden Globe nominations for his work on the series.

Bill Paxton was already a prolific actor before signing on to "Big Love." He followed up the HBO hit with the television miniseries "Hatfields and McCoys" in 2012 and did six episodes of "Agents of S.H.I.E.L.D." in 2014. He also popped up on the big screen occasionally, notably in 2014's "Edge of Tomorrow" and 2017's "The Circle." He also took on a lead role on the CBS series "Training Day" in 2017 before he tragically passed away the same month it debuted that year. The 2017 movie "Call Me by Your Name" was dedicated to Bill because producer Peter Spears' husband, Brian Swardstrom, was Bill's best friend agent and both men had visited the set, where Bill became friends with director Luca Guadagnino. Bill left behind wife Louise Newbury and children James and Lydia.

RELATED: "Now and Then" cast: Where are they now?

Jeanne Tripplehorn brought Barbara "Barb" Henrickson to life. As the first wife, she's the only one who was legally married to Bill.

After "Big Love," Jeanne Tripplehorn remained a fixture on television, popping up on episodes of "New Girl" in 2012 and scoring a role on "Criminal Minds" from 2012 until 2014. More recently, she appeared in the miniseries "Mrs. America." She also acted in films like 2013's "A Perfect Man" and 2018's "Gloria Bell." Jeanne has one son with actor Leland Orser, whom she married in 2000.

Once "Big Love" ended, Chloe Sevigny joined the season 2 cast of "American Horror Story" in 2012 and returned for season 5 in 2015. She also straddled both the TV and film worlds, appearing in the 2013 films "Lovelace" and "The Wait" and 2018's "Lizzie" as well as on shows like "Portlandia," "The Mindy Project" and Netflix's "Bloodline." More recently, the actress starred on HBO's "We Are Who We Are" in 2020. 2020 was a big year in Chloe's personal life: She married art gallery director Sinisa Mackovic in March and welcomed her first child, son Vanja, in May.

A young Ginnifer Goodwin took on the role of Margene "Margie" Heffman, the youngest wife of the bunch.

The same year that "Big Love" aired its final episode, Ginnifer Goodwin moved on to an even bigger show — "Once Upon a Time." Ginnifer starred as Mary Margaret (Snow White) on the ABC series, appearing on the first six seasons and in a guest capacity for season seven from 2011 until 2018. In 2011, she starred in her biggest film role to date in "Something Borrowed." She's also done voice work in 2014's "Tinker Bell and the Legend of the NeverBeast" and 2016's "Zootopia." More recently, Ginnifer appeared on the 2019 series "Why Women Kill." She's married to actor Josh Dallas, her leading man on "OUAT." They share two sons, Oliver and Hugo.

Harry Dean Stanton (left) played Roman Grant, the leader of the Juniper Creek compound who also claimed to be the Prophet. Roman was also the father of Bill's second wife, Chloe Sevigny's Nicki.

After "Big Love," Harry Dean Stanton had a cameo in "The Avengers" as a security guard and a role in the dark comedy "Seven Psychopaths" in 2012. He reprised one of his famous characters, Carl Ross, on the "Twin Peaks: The Return" reboot in 2017, and his last role on screen was in the drama "Lucky" that same year. He passed away in September 2017 at 91.

These days, Bruce Dern is in his mid-80s and still acting! After "Big Love," he popped up on a few episodes of shows like "CSI: NY" in 2013 and "Black Monday" in 2019. He's also continued to land film work including in 2015's "The Hateful Eight," 2019's "The Peanut Butter Falcon" and, more recently, in 2020's "Death in Texas." He's the proud father of Oscar-winning actress Laura Dern, whom he shares with ex-wife Diane Ladd. He's been married to Andrea Beckett since 1969.

Amanda Seyfried was one of the biggest stars to come out of the "Big Love" cast. She followed the show up with films like "Les Miserables" in 2012 and "Lovelace" alongside former co-star Chloe Sevigny in 2013. Fans saw her comedic side in 2015's "Ted 2" and she showed off her singing chops once more in 2018's "Mamma Mia! Here We Go Again" 10 years after starring in the 2008 version during her HBO show's run. But it's her most recent film, 2020's "Mank," that has garnered her the most attention — earning the star her very first Academy Award nomination as well as Golden Globe and Critics' Choice nods. The talented beauty has been married to actor Thomas Sadoski since 2016. They share two children.

Once the HBO series came to an end, Douglas Smith landed the role of Tyson in 2013's "Percy Jackson: Sea of Monsters" and followed that up with the 2014 horror film "Ouija." He returned to HBO for the 2016 series "Vinyl" and appeared in the ABC miniseries "When We Rise" the following year. More recently, he returned to his HBO roots with a role on season 2 of "Big Little Lies" in 2019 playing Corey, Shailene Woodley's character Jane's love interest. Off-screen, the actor has been married to Teesh Travis since 2018. 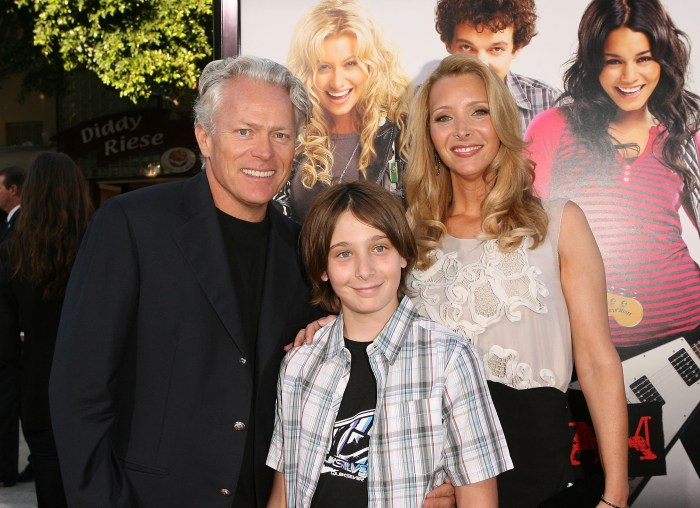