Brad Pitt is doing his best to make things right following reports that many of the New Orleans homes his Make It Right Foundation helped build after Hurricane Katrina are falling apart. In recent news, attorney Ron Austin revealed that he will be representing some of the distressed Lower Ninth Ward residents in a lawsuit against the philanthropic organization for not fixing the houses as promised. But sources say that Brad is already on it and has been shelling out millions of dollars for repairs. "Brad's been working on this for around a year," an insider told Page Six on Friday, Aug. 31. "Once he knew that there were things that were not up to the standards that he and others would expect, he addressed it. It's not like he waited for [Ron's] complaint to be made before doing something about it." There are issues with about 100 of the structures that Brad had constructed for affordable housing following the disaster 13 years ago. While he commissioned talented architects like Frank Gehry for the project, reports have surfaced of problems with leaks and rot. Sources blame the damage on poor initial construction with bad quality materials. The foundation has yet to officially comment on the matter.

RELATED: Eddie Murphy to be a 10-time father and more ICYMI news

Nicki Minaj set the record straight on her currently-single relationship status during an interview on "The Ellen DeGeneres Show" set to air on Tuesday, Sept. 4. "Look, I'm just chilling," she told the daytime talk show host. "I've always been in a relationship my whole life. I was in a relationship since I was 15 years old. This is the first time that I'm single, and I'm happier. I'm more free and it's okay." The "Queen" rapper also made a statement for all of the ladies out there about being fierce and independent. "I used to feel like I had to have a man, I swear," she added. "My whole adult life I felt like I had to have a man. I want the women out here to know you absolutely don't." When probed about dating rumors in the past, Nicki clarified that she and Nas were just friends and that she never had a thing with Drake. "I was in a relationship with Meek [Mill] for a while, which ended, and it was a very toxic something," she said. "But, we had some good times and we ended that. And then, Drake? I've never been in a relationship with Drake." Despite keeping herself labeled as single, Nicki did say that she has a few guys around even though nothing is official. "There is a new boy, but he and I have kind of fell back a little bit," she revealed. "And then there's like a newer [boy]." Whoever she's seeing just better watch out because they too could end up in one of her songs, like the recent "Barbie Dreams" track which calls out a string of famous men.

Meghan Markle may officially be a princess, but that doesn't mean she has to stop acting like the rest of us. In fact, she reportedly took a commercial flight to Toronto last week to visit her best friend Jessica Mulroney, who was a bridesmaid at her and Prince Harry's wedding in May. "Meghan spent three days holed up at Jessica and her husband Ben's home in Toronto," a royal contributor told ABC News on Thursday, Aug. 30. "They spent their days catching up, cooking together and, of course, playing with Jessica's children, who love their 'Auntie Meg.'" After somehow blending in on a regular old airplane, the royal also managed to sneak out of the house with Jessica totally under the radar. "There was one evening when Meghan and Jessica secretly headed out into the town to meet some of Meghan's old, good friends," the insider added. And by Tuesday, Aug. 29, she was back in London to take in a showing of "Hamilton" with her husband. Meghan first met Jessica when she moved to Ontario to film the show "Suits" in 2011.

Ariana Grande sang a rendition of "(You Make Me Feel Like) A Natural Woman" to honor Aretha Franklin at the late singer's funeral in Detroit on Friday, Aug. 31. In released footage from the service, the Internet couldn't help but notice attendee Bill Clinton's wandering eyes during her performance. "Gross," one Twitter user wrote. "Watch Bill Clinton look Ariana Grande up and down when she sings at #ArethaFranklinFuneral and try not to throw up in your mouth." The former president's gaze quickly became a viral meme with captions like, "Bill clinton's face while listening to ariana is a MOOOOOOOD." Another user wrote, "Bill Clinton just fell in love with Ariana Grande." To be fair, Bill was seated directly behind the star. Other celebrity guests at the funeral included Whoopi Goldberg and Stevie Wonder.

Fat Joe is one lucky birthday boy! Jay Z apparently sent the "What's Luv" rapper a lavish gift when he couldn't make it out to celebrate his 48th birthday on Sunday, Aug. 19. Sources at Page Six say that Jay gave his pal 10 bottles of pricey "Ace of Spades" champagne, coming in at $6,000 a bottle, to drink during his recent party at 40/40 Club. Not to take away from the very generous $60K gift, but Jay Z does own both the liquor company and the party venue, just to be clear. Fat Joe's birthday bash was still pretty star-studded despite Jay having to miss out while on the road with wife Beyonce for their "On the Run II" tour. Guests included Mary J. Blige, Ja Rule, Fabolous, Keith Sweat, Joe Budden, Tiffany Haddish and boxer Floyd Mayweather.

While filming for his reality show "Growing Up Hip Hop: Atlanta" on Thursday, Aug. 31, Bow Wow suddenly lost it on his camera crew. Sources at TMZ are unsure as to why he became totally unhinged out of nowhere, but say that he just went into a rage and started attacking their equipment. He allegedly broke three cameras before police arrived to the Westside Cultural Arts Center, where Da Brat was having a party that night. The Atlanta Police Department has not confirmed if anyone involved was arrested, but insiders say that Da Brat, who recently got off probation herself, may have played a role in the uproar.

Kim Zolciak-Biermann's husband, Kroy Biermann, has found an interesting treatment for his painful jaw joint disorder — botox injections. On Thursday, Aug. 31, the "Don't Be Tardy" reality starlet shared footage of her man getting injected along his temporomandibular joint (TMJ) at a doctor's office in Beverly Hills. "Bye bye TMJ," she wrote, referring to Kroy's condition. In another post, Kim shouted out her medical aesthetician Dr. Kassabian, who did the procedure for the NFL player, with heart emojis. We guess Kroy won't have to worry about wrinkles now either …

Corey Feldman is in the doghouse with the State of California over tax money he hasn't paid from years ago. According to legal documents obtained by The Blast, the "Goonies" actor owes approximately $13,542.38 in back taxes accrued between 2011 and 2012. He's had a pretty rough go of it lately, being randomly stabbed while getting out of his car in March and accused of sexual assault last year. But, Corey was recently cleared in court of all battery claims and just announced that he finished making a documentary on sexual abuse in Hollywood. He allegedly raised $300,000 online to make the film, so hopefully he has a bit left over to pay off his debt to the IRS.

Having an iconic singer for a father seems to have it's perks for Sofia Richie. Her dad Lionel Richie feted her with a birthday serenade, a huge bundle of pink balloons and an expensive Hermès Mini Kelly purse for her 20th birthday. Sofia captured the sweet daddy-daughter moment on camera, posting a video of Lionel singing to her on her Instagram story on Thursday, Aug. 31. "Always daddy's little girl," she wrote alongside another clip, showing off a big unicorn balloon that Lionel included. As for her new fuchsia bag, estimated to cost a cool $17,250 in stores? "Cutie," she captioned a picture of the pricey purse. Sofia's actual birthday was on Aug. 24, but she's been on vacation in Puerto Vallarta, Mexico, with her boyfriend, Scott Disick.

Don't mess with a "Real Housewives of Beverly Hills" husband! Bravo star Kyle Richards' hubby, Mauricio Umansky, is caught up in a legal battle over the sale of $32.5 million mansion in Malibu. The Blast obtained court documents revealing that Mauricio and his real estate firm, The Agency, are suing Western World Insurance Company for not properly protecting him in the transaction gone wrong and for taking the side of the seller. Mauricio originally sold the mega home for $32.5 million after it had been seized from the previous owner by the United States government and resold it again for $69.9 million the next year. He's since been in a back and forth with the seller, who accused Mauricio of withholding information prior to the sale and demanded money back. This lawsuit comes on the heels of the insurance company's original suit against the real estate mogul, who denies any shady business was conducted, over a pay out for the cost of legal services. Mauricio is allegedly asking Western World to pay for his legal bills pertaining to the feud and any other compensatory damages. 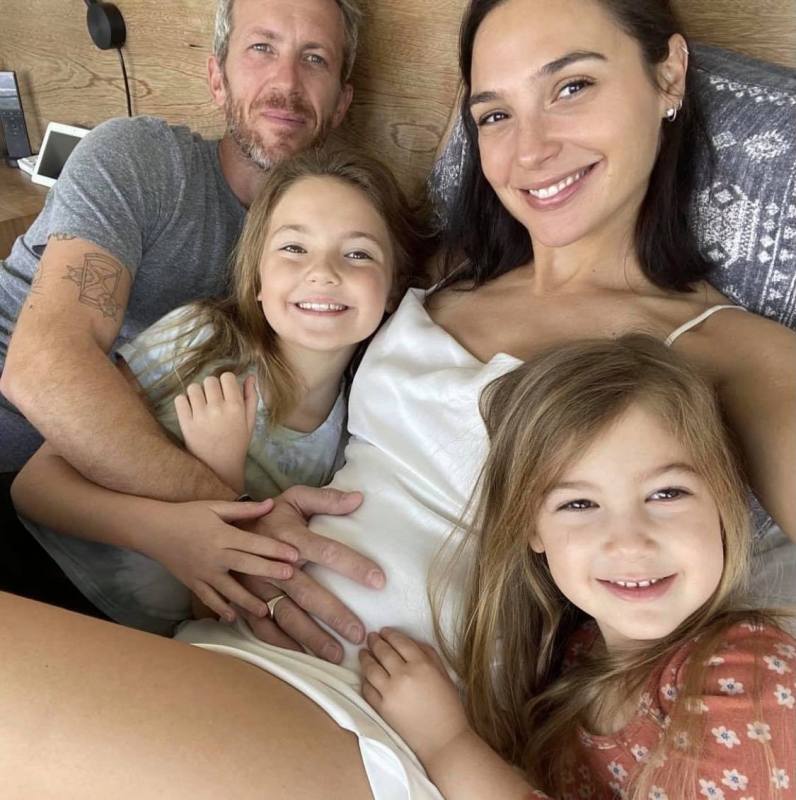 Up Next Stork Update