Anthony Bourdain created a trust apart from his will

Anthony Bourdain's will suggests that he only had $1.2 million in assets upon his recent passing, despite estimates that the famed culinary-adventure host was worth up to $16 million. TMZ was able to shed light on the confusion after obtaining a copy of the legal document and uncovering that the "Parts Unknown" star also created a separate trust with an undisclosed amount of money. The will itself lists Anthony's ex wife, Ottavia Busia-Bourdain, as the trustee, while most of the assets are set to go to their 11-year-old daughter, Ariane. As stated in the will, he left behind $500,000 in royalties, $425,000 in cash savings, $250,000 in property, and $35,000 in a brokerage fund. But, the amount contained in the trust remains unknown. Anthony was in a relationship with Asia Argento, an Italian actress, at the time of his suicide. On June 8, the 61-year-old was found dead in his hotel room in France.

The ring on Jennifer Lopez's finger doesn't mean a thing

Jennifer Lopez, 48, and Alex Rodriguez, 42, are pretty inseparable these days, but the lovebirds aren't rushing down the aisle anytime soon. According to The Blast, the couple is not engaged despite a suspicious photo Jennifer shared on Instagram over the Fourth of July holiday. "It's the lil quiet moments that matter the most," the "Dinero" singer captioned a beach pic on July 5, in which she and Alex are relaxing on a towel in the sand. Her left arm is draped over the former MLB star's chest, clearly showcasing a sparkler on her ring finger. Sources insist that the piece of jewelry doesn't point to an engagement, but J. Lo and her man seem happier than ever regardless, and have even blended their families together. "Weekend vibes on a Wednesday," Alex captioned a cute video from their vacation featuring his 13-year-old daughter, Natasha, and Jennifer singing along to the radio while they drove around in a convertible. Alex's daughters, Natasha and 10-year-old Ella, have become pals with Jennifer's 10-year-old twins, Max and Emme, since the pair started dating. Despite the proposal rumors being debunked, Jennifer's new song "El Anillo" translates to "The Ring" in English.

Chris Masterson, 38, and Yolanda Pecoraro, 33, are engaged! The "Malcolm in the Middle" actor's now-fiancee shared a picture of her rock on Instagram on June 12. She showcased her sizable round sparkler in a shot taken while holding hands with Chris on a boat, using a simple heart emoji for the caption. The couple have kept their romance quiet for the most part, but Chris can be seen on Yolanda's Instagram account dating all the way back to 2014. Before popping the question, Chris was linked to Laura Prepon, who co-starred on "That '70s Show" with his brother, Danny Masterson.

Hilary Duff hasn't been coy about her second pregnancy. The mom, who shares 6-year-old Luca with ex Mike Comrie, shared a picture revealing her newly budding bump on Instagram on July 5. Hilary, 30, showed off her bikini body in a black two-piece while smooching her baby daddy, Matthew Koma, 31. The "Younger" star announced her baby news via social media on June 8. "Guess what guys," she captioned a sweet pic at with her songwriter beau's arm over her shoulder, "@matthewkoma and I made a little princess of our own and we couldn't be more excited!" Hilary finalized her divorce from her former NHL player ex back in 2016, and began dating Matthew on-and-off the next year.

The Kardashian-Wests rent a pricey Idaho cabin for Independence Day

While Khloe Kardashian opted to stay in Los Angeles to throw a massive Fourth of July house party for family and friends, her sister, Kim Kardashian West, went for a way more low-key vibe in Idaho. Low key for the Kardashians, that is. According to TMZ, Kim and her hubby, Kanye West, rented a $1.85 million dollar cabin in a small town called Coeur d'Alene. The 4-bedroom house sits right on a lake, where Kim shared Instagram videos wakeboarding and boating with her kiddos, North, 5, and Saint, 2. "There is nothing like lake life. Let me just explain this to you," Kim explained in a video showcasing an inflatable water park by the dock. "We went inner-tubing yesterday and we're going to do all of this today." After also going cherry picking and playing pickle ball during the week, she wrote, "I def earned my wilderness patches this week." Apparently, Kim isn't the only celebrity who's a fan of the Idaho countryside. Pop stars Harry Styles and Adam Levine, along with NHL legend Wayne Gretzky are also known to frequent the area.

Keyshia Cole, 36, took to Instagram on July 6 to announce that she's expecting a child. "#PreggoInMyFashionNovaOutfit #CongratulationsAreInOrder," she captioned a photo of herself in a snakeskin ensemble. While she doesn't explicitly state who the father is, she's been linked to 22-year-old rapper Niko Khale as of late. The same day, he posted a pic with Keyshia on the beach and wrote, "Jus livin our best lives." The rapper also shared a shot of the couple and who appears to be Keyshia's son, Daniel Gibson Jr., on jet skis over the Fourth of July holiday. Keyshia shares her 7-year-old with ex husband Daniel Gibson, a former NBA player who she split from in 2014.

Nick Jonas and Priyanka Chopra's romance just keeps getting hotter by the minute! The duo have been spotted vacationing together in India and Brazil since making their relationship Instagram official in June, but they kicked it up a notch on Independence Day. According to E! News, they spent the holiday with Nick's brother Joe Jonas and his fiancee, Sophie Turner, in New York City. The double-daters rode Citi Bikes around the Upper West Side before meeting up with the whole Jonas family to watch fireworks on a rooftop. If kicking it with the fam isn't serious enough, Nick, 25, and Priyanka, 35, have also been spotted wearing the same gold ring on their right hands, pictured here on the "Jealous" singer on June 8. According to Page Six, the "Quantico" actress was first seen with it on the same night that Nick met her mother in Mumbai on June 22, making it really hard to deny the promise-ring vibes. The lovebirds were first linked back in May, after being spotted together at the Met Gala.

Amid news of her split from Ian Gomez, Nia Vardalos decided to go on a big fat Greek divorce vacation. The "My Big Fat Greek Wedding" star brought her 11-year-old adopted daughter, Illaria, along to Antiparos, where they were spotted shopping on July 5. The Blast reports that the 55-year-old appeared calm on the trip despite having recently ended her marriage of 25 years. "We've been respectfully separated for a lengthy period of time," she said in a statement on July 3, after filing divorce papers. "Our relationship became a friendship so the decision to end the marriage is completely mutual and amicable." Nia listed "irreconcilable differences" as the reason for their split, adding that June 29 of last year was the date of their actual separation. According to People, Ian, 53, responded to the filing on July 5, asking for joint custody of their daughter.

Kanye West has been pushing the envelope with some very controversial comments as of late, but he has Will Smith in his corner. The "Fresh Prince of Bel Air" star praised the artist, even when confronted with a tough question about Kanye's public ties to President Trump, during an interview with Tidal's Rap Radar on July 4. "That's what I love about Kanye right now," Will said. "He's willing to take the smashdown in order to push ideas. He's making people think, even in the twisted, backhanded success of Donald Trump." On his new album, "Ye," Kanye addresses the stigma on mental health by referring to being bipolar as a superpower. He also mentions the backlash with his wife, Kim Kardashian West, after his making slavery comments on "TMZ Live." As for Trump? "No, I don't agree with all of his policies," Kanye told the New York Times. From political alignment to historical opinions, Kanye is definitely not holding back.

Hugh Jackman busts out in song at dinner at Tao

Hugh Jackman treated dinner goers to an unexpected surprise while eating out at Tao LA on July 4. According to Page Six, he busted out in song when music from his movie, "The Greatest Showman," came on at the restaurant. Hugh was dining with one of his co-stars from the film, Keala Settle, and another pal, who all sang along to the tunes "This is Me" and "From Now On." It's not that surprising that Hugh isn't ashamed to belt out a song at any given moment because he's been doing musicals on Broadway and on the big screen for years. "A bad musical stinks to high heaven, but when a musical works, there's nothing like it," he told Variety. "People are screaming and cheering. Nothing I've found has matched it." What an interesting dinner that must have been! 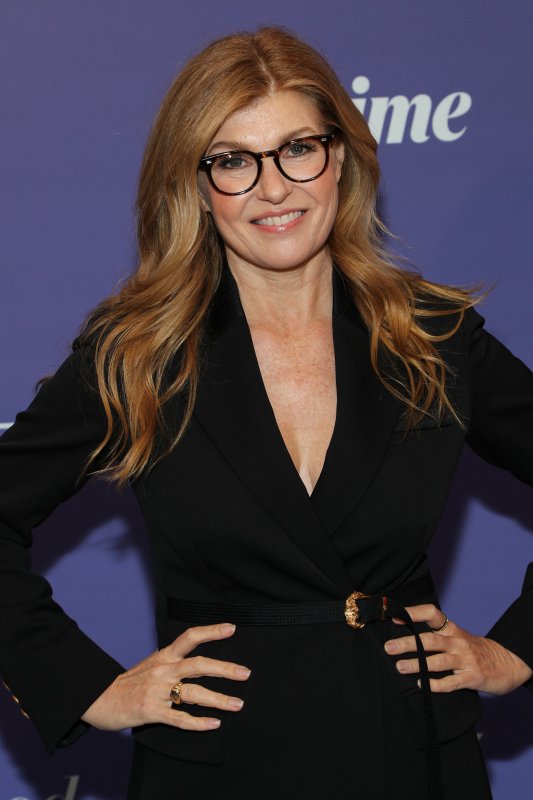