Ben Affleck is focusing on his kiddos

Ever since completing rehab for alcohol addiction earlier this month, Ben Affleck is staying on the right track for his three children: Violet, 11, Seraphina, 8, and Samuel, 5. "He loves his kids more than anything and wants to be a great dad, a great role model," a source revealed to E! Online. He's apparently going to therapy multiple times per week and is now in a good place. "He is very focused on staying on track and being healthy," the insider added. He's also amicable with Jennifer Garner despite their 2015 breakup. According to the source, they aren't back together, but he's living on their property and they're getting along as they co-parent their kids.

Mischa Barton opened up about what led to her 5150 psychiatric hold back in 2009 for an upcoming episode of "Dr. Phil." At the time, the young star had been filming nine months out of the year for "The O.C." and spent the rest of her time promoting the show. "I didn't realize I was exhausting myself," she told Dr. Phil McGraw. "Ultimately, what really happened was they wanted me to be able to continue working and to go on to the next show." But the 31 year old has recovered from her breakdown and is currently looking happy and healthy, despite her recent leaked sex tape scandal. Mischa spoke about being filmed without her knowledge and called the situation "emotional blackmail." The video is allegedly being shopped for $500,000.

It's not quite April 1 yet, but Bella Hadid got a jumpstart on April Fool's Day with a prank from Lyft, the transportation service. The model advertised the company's new device Mono, a glove-like attachment that would allow patrons to just raise their thumbs up to hail a ride instead of using a phone. As ridiculous as it sounds and looks, the bright pink gadget still looked pretty darn great on the 20-year-old beauty. Good one, Bella.

It took a lot for Justin Marion to get his 12-year-old son, Payton Marion, just in the same arena as his "hero," WWE superstar John Cena. The young super-fan was diagnosed with a muscle and movement disorder called Cerebal Palsy, so his dad raised $1,000 on GoFundMe to get VIP tickets for the show when it arrived in Tennessee — with hopes that the athlete would notice them backstage. Luckily, it all worked out when John went over to the youngster to say hello post-ring time. "That moment will never compare to anything because it meant so much to me as a dad that Cena took this time with my son after he just wrestled a match and was probably exhausted," the father told E! Online. "As Payton's dad, I see Payton get let down or saddened by the fact that he misses out on so much in life. He sees so many other kids his age doing things he wishes he could do and he sometimes doesn't understand." Aww!

Shirley MacLaine wore a turtleneck from Chico's to the Oscars

When you're a Hollywood legend like Shirley MacLaine, you can wear whatever you want to the Oscars! In a March 28 interview with the New York Times, the 82 year old revealed that she threw her look together for the big show on Feb. 24 with old pieces from her personal wardrobe. That included pants from her Las Vegas show, a random top from the wardrobe of a movie she worked on and a turtleneck she bought at Chico's. To top it off, she admitted that she was rocking summer shoes under her long slacks. Regardless of her simple fashion, the "Terms of Endearment" actress still received a standing ovation after presenting with Charlize Theron during Hollywood's biggest night. 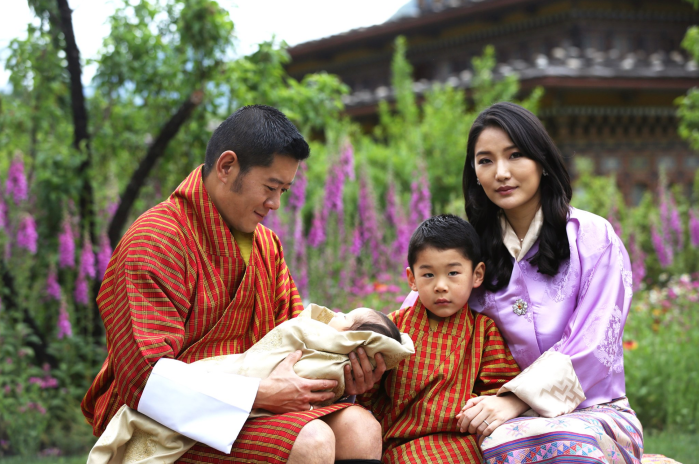