While country music's finest gear up for the 2019 CMT Music Awards in Nashville on June 5, Wonderwall.com is taking a look back at what the stars wore to the fan-voted ceremony a decade ago, starting with Taylor Swift. The singer, who's since transitioned to pop, took home two top awards at the 2009 show after strutting her stuff on the red carpet in a silver tiered-fringe Collette Dinnigan minidress with platform Prada heels and a dressy side bun. Keep reading to reveal more fashion flashbacks from the 2009 CMT Music Awards!

Julianne Hough, who was nominated for her single "That Song in my Head," also wore a cute layered look for the 2009 CMT Music Awards. The former "Dancing With the Stars" pro slipped on a coral tiered Jenny Packham cocktail dress with an array of orange and yellow gemstones around the neckline. She perfectly paired the springy tulle number with nude bejeweled Giuseppe Zanotti heels.

With a whopping five nominations at the 2009 CMT Music Awards, Jennifer Nettles of the duo Sugarland dressed to impress! The "Stuck Like Glue" singer wowed in a champagne bustier-style Rachel Roy dress with a strapless sweetheart neckline and an asymmetrical gathered hem. She polished off her winning look with ombre Brian Atwood pumps and a fierce mohawk-inspired updo.

Luke Bryan stayed true to his laid-back country roots in distressed leather for the 2009 CMT Music Awards. While he wasn't up for any trophies that year, the "Light It Up" singer still looked good as a guest in a brown leather button-up shirt with coordinating cowboy boots and a pair of good ol' gray jeans.

Nominee Kellie Pickler probably doesn't want to look back at her unfortunately washed-out look from the 2009 CMT Music Awards. The country singer-turned-talk show host wore a floor-length bronze Badgley Mischka gown with a jewel-encrusted plunging neckline and sheer black overlay. But the silhouette of the drab-colored dress swallowed up Kellie's figure and did nothing for her beautiful complexion.

Hillary Scott of the country trio Lady Antebellum smouldered in a classic little black dress at the 2009 CMT Music Awards. With her group nominated for the very first time, she owned the red carpet in a strapless corduroy-inspired number with flattering pleats around the waistline, colorful statement rings and big bombshell hair.

Martina McBride, who was nominated for her song "Ride," wore a jazzed-up gray Sheri Bodell tunic dress for the 2009 CMT Music Awards. In addition to crystal beading on the frock's neckline and sleeves, Martina added even more punch to her look with silver snakeskin Alexander McQueen peep-toe heels, sparkling bangle bracelets and oversized chain-hoop earrings.

Despite having multiple nominations, Keith Urban chose to keep his wardrobe real casual for the 2009 CMT Music Awards. The "Sweet Thing" singer showed up on the red carpet in a gray denim jacket and basic blue jeans with his wallet chain dangling from one pocket. He ended up winning an award with Brad Paisley for their collaboration on "Start a Band."

Sheryl Crow mixed country with a little bit of rock 'n' roll at the 2009 CMT Music Awards. The "Soak Up the Sun" singer rocked a cropped tuxedo-style blazer with black leather pants, studded platforms and a layered skull statement necklace to take in the show.

Laura Bell Bundy wasn't even nominated at the 2009 CMT Music Awards but she made sure to leave her mark on the red carpet in a bright white minidress. The "Giddy On Up" singer, who'd just finished her originating run as as Elle Woods in Broadway's "Legally Blonde: The Musical" at the time, wore a long-sleeved shirt dress with a high collared neck totally decked out in silver studs.

Before taking the stage to perform at the 2009 CMT Music Awards, Jason Aldean walked the red carpet in an outfit totally true to his signature country-boy style. The "You Make It Easy" crooner wore a gray button-up shirt with his sleeves rolled up, an open black suit vest, tattered blue jeans and a classic cowboy hat.

Olympic gymnast Shawn Johnson took a break from the balance beam to get all dolled up for the 2009 CMT Music Awards. The gold-medal winner opted for a girly Elizabeth and James tulip dress made from delicate silk chiffon fabric. The strapless pastel number would've been better suited with a nude shoe, but she chose black sequin platforms instead.

Like most of the guys at the 2009 CMT Music Awards, Eric Church didn't feel the need to get all gussied up. The "Record Year" singer strolled in wearing a gray blazer over a printed T-shirt and ripped blue jeans. He accessorized with a dog-tag chain around his neck and a brown distressed leather belt with a silver buckle he used to hang his sunglasses.

It's hard to mess up a little black dress, but Lee Ann Womack went way overboard with her tacky version for the 2009 CMT Music Awards. The "Hollywood" singer wore a silk strapless LBD with tiered ruffles and a gaudy magenta belt buckled around her waist. Adding insult to injury, she polished off the look with patent leather platform heels.

Naomi Judd likewise picked out a garish ensemble for the 2009 CMT Music Awards. The "Love Can Build a Bridge" singer arrived in a matronly silk cocktail dress with beaded-lace cap sleeves and a sculpted rosebud centered on the waistline. With such a modest silhouette, the frock's electric blue color made no sense at all.

Up for a collaborative award with Sugarland for the track "Life in a Northern Town," Jake Owen sure didn't dress like he was gunning to win at the 2009 CMT Music Awards. Rather, he rolled onto the red carpet in a casual grass green button-up, light-wash jeans and beige cowboy boots. He still looks pretty handsome though!

As a guest at the 2009 CMT Music Awards, Michelle Branch chose the perfect outfit that didn't upstage any of the nominees but still looked pretty and polished. The "Carry Me Home" singer wore a chic black blazer over a silver minidress gathered at one hip. She added a dark teal clutch and a magenta manicure for subtle pops of color.

Dierks Bentley brought the most adorable accessory to the 2009 CMT Music Awards — his dog Jake! With all eyes on his cute furball friend, we almost didn't notice his poor judgement in picking out an outfit. The "Burning Man" singer looked sloppy in a wrinkled beige shirt, faded jeans and a backward black baseball cap.

Ashley Monroe dressed a bit too young for her age at the 2009 CMT Music Awards. The singer-songwriter wore a white halter-style minidress with flowery beadwork and an empire waist that looked like it came right out of the juniors section. She accessorized with mismatched taupe pumps and a gathered satchel with a wooden handle. 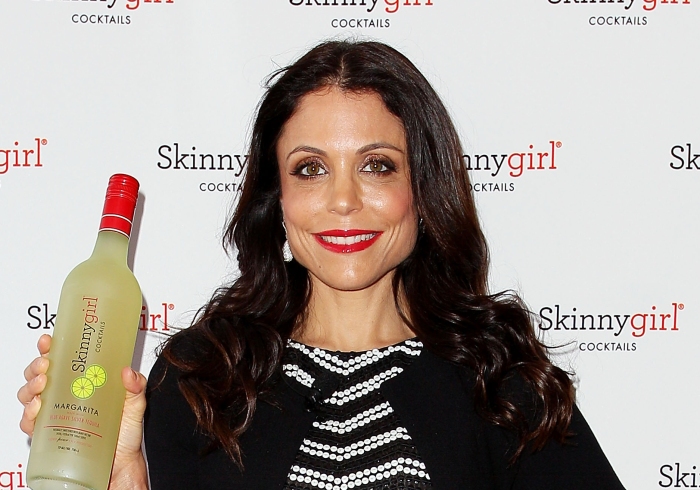