Celebrities have the power to influence beauty and fashion trends — especially with their hair. Over the last few decades, there have been some iconic celebrity haircuts and styles that have sent shockwaves through pop culture. Join Wonderwall.com as we take a look back at a few of them, starting with this pop star's signature look that's now a thing of the past… In 2019, Billie Eilish dyed her blue hair black before changing it up again by adding lime green roots. The black-and-green look soon became the Grammy winner's signature style. As the year went on, she debuted shorter-in-front, longer-in-back tresses — the result of her hair breaking and falling out. "Somebody dyed my hair and they burned half of it. So now it looks like a mullet," she told TMZ of what became an iconic and trend-setting haircut. But in March 2020, Billie revealed an even bigger change that marked the end of an era: She traded her green-and-black hair for a fresh and voluminous platinum blonde shag. Keep reading for more iconic celebrity hairstyles and colors…

RELATED: Things you might not know (but should!) about Billie Eilish

Jennifer Aniston's hairstyle on "Friends" — dubbed "The Rachel" after her on-screen alter ego, Rachel Green — was the most ubiquitous haircut in America in the '90s. Interestingly enough, the actress wasn't actually a fan of the look created by renowned hairdresser Chris McMillan because she found it difficult to style herself.

On season 2 of "Felicity" in 1999, Keri Russell's titular college student cut off all her hair after a breakup — which was completely understandable. What ensued with the public however, was not. Fans of the show practically rioted after the snip!

Ariana Grande has been in the spotlight for less than a decade, and her signature high ponytail is already destined to go down in history as one of Hollywood's most iconic 'dos!

During the aughts, the late Amy Winehouse was instantly recognizable thanks to her beehive hairdo and winged eyeliner, which were nods to '60s style and Brigitte Bardot.

During the 1960s, first lady Jacqueline Kennedy was one of the most influential trendsetters in the world. Her bouffant hairstyle was copied everywhere.

In the 1980s, Madonna had girls everywhere replicating her style, including her teased blonde hair (complete with a scrunchie or bow, of course)!

Anna Wintour knows style, which extends to her hairstyle. The Vogue magazine editor in chief has been sporting her trademark banged bob since she was a teen.

Iconic! French former actress Brigitte Bardot was known for her sultry teased half-up, half-down 'do. The blonde beauty looked effortlessly cool with her tousled blonde locks and long bangs, which is why the style has been copied for decades.

Always one to play with her look and take risks, Rihanna's short, fiery-red 'do from 2010 will always be a favorite.

While Halle Berry is no stranger to playing with her hair, she'll always be remembered for her short, softly tousled pixie cut circa 2002.

The year was 2016 when Taylor Swift debuted a shaggy platinum-blonde bob on the May cover of Vogue, a look that was worlds away from her signature ringlets. Taylor, seen here at the Met Gala that same year, looked super-edgy with her bold new 'do.

Sarah Jessica Parker is just as well-known for her curly blonde hair as she is for playing Carrie Bradshaw on "Sex and the City."

Grace Jones became known for her short, boxy afro in the '70s and '80s. She bent gender boundaries by wearing a hairstyle that was typically reserved for men and making it her own.

Early in her career, Gwen Stefani could always be counted on to deliver a memorable hair moment. The most unforgettable? The tiny topknots the No Doubt frontwoman rocked in 1997.

Meg Ryan's shaggy bob was a game-changer in the '90s.

Tina Turner solidified herself as a bona fide solo act with "What's Love Got To Do With It" in the '80s as she rocked her signature statement hair.

Admit it — while watching "Gossip Girl" in the late '00s, you couldn't help but wish you had Blake Lively's gorgeous tousled hair! Both on screen and off, she incited major tress envy with her long, wavy, voluminous blonde locks.

Michelle Williams isn't afraid to play with her hair but she keeps returning to the classic pixie cut that she's been rocking on-and-off since 2007.

In the mid-2010s, Harry Styles' shoulder-length hair was famous in and of itself! The pop star, who was then a member of the boy band One Direction, made headlines for his luxurious tresses. And when it came time to cut it all off in 2016 after he landed a role in Christopher Nolan's period war film , "Dunkirk," Harry made sure it was donated to a good cause — the Little Princess Trust, a British organization that makes wigs for children who lose their hair after cancer treatments.

If there's one A-lister who can pull off this look… it's Natalie Portman. The actress shaved her head for her starring role in 2006's "V for Vendetta" and proved that sometimes less truly is more.

When Nicole "Snooki" Polizzi shot into the spotlight with "Jersey Shore" in 2009, she was rarely seen without her signature poof hairstyle.

Victoria Beckham debuted her iconic "Pob" — or "Posh bob" — in 2006. The sleek, asymmetrical cut became the inspiration for chic girls everywhere throughout the mid-aughts.

Pam Grier rocked the perfect foxy afro during the 1970s, a look many fans were clamoring to recreate.

English supermodel Twiggy was a trendsetter with her bold pixie cut and androgynous style in the '60s.

Marilyn Monroe established the platinum-blonde trend in the 1950s. America's most iconic sex symbol usually wore her bleached hair in short, soft curls — a look that fans have long tried to emulate.

Before she shaved off her hair for her role in "G.I. Jane," Demi Moore sported a short pixie cut in the movie "Ghost" in 1990 and later dyed it blonde.

Maureen McCormick — who's better known as Marcia from "The Brady Bunch" — had hair that epitomized the early '70s: long and straight with a center part.

Not only was Elvis Presley the King of Rock 'n' Roll… he was also the King of Rocking the Pompadour! His voluminous and perfectly coiffed jet black hair became his trademark look.

Veronica Lake's signature "peek-a-boo" hairstyle, complete with soft waves and a side part, was all the rage in the 1940s and is often replicated by starlets like Reese Witherspoon and Blake Lively on the red carpet today.

Debbie Harry's platinum tresses actually inspired her band's name: Blondie. Her bold, choppy cut with bangs made her the poster child for the punk scene in the '70s.

Grace Kelly was the definition of feminine elegance in the 1950s. The famed actress-turned-royal was known for her smooth golden-blonde slicked-back 'do with a curl at the bottom.

Shannen Doherty's long, dark hair and blunt bangs on "Beverly Hills, 90210" were all the rage in the early '90s.

Supermodel Gisele Bundchen's long, wavy hair started a trend in the early aughts that seemingly has no plans of slowing down.

In 1961's "Breakfast at Tiffany's," Audrey Hepburn's Holly Golightly wore her hair in a chic twisted chignon with ultra-short bangs, a look that has been recreated countless times since.

After Miley Cyrus graduated from her Disney days and began experimenting with a wilder style, she cut off all her hair and bleached it platinum blonde in 2012, cementing her status as a fashion chameleon.

Since the aughts, Zooey Deschanel has been known for her full bangs, a look that's suited her reputation as an indie darling. 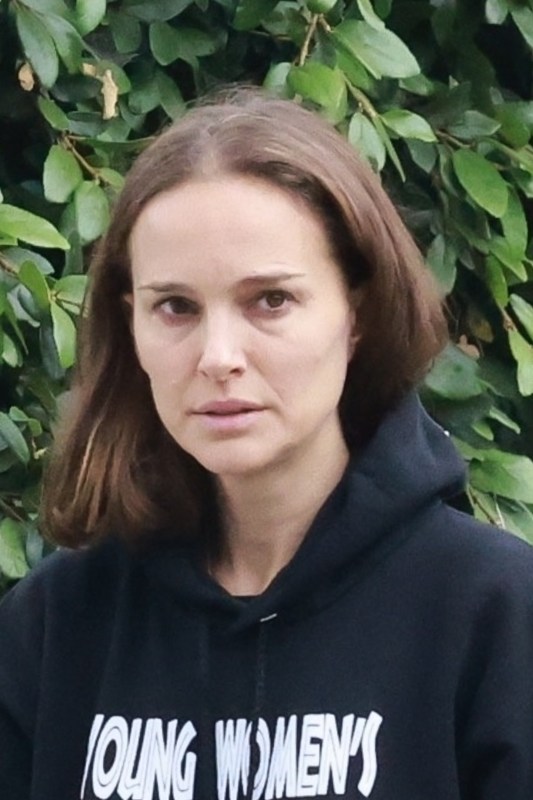 Up Next No Makeup!