The Hollywood Film Awards start a season of award shows honoring the best in film — and bringing out the best in fashion. In honor of the 23rd annual show, which was held in Beverly Hills on Nov. 3, 2019, Wonderwall.com is taking a look at the fashion winners (and losers!) starting with Sienna Miller. The actress wore a loose off-the-shoulder yellow gown with a thigh-high slit, showing off her legs. The cut and color were the perfect blend of Hollywood glamour and Sienna's signature boho vibe.

Renee Zellweger, who took home the Hollywood Actress Award, wore a slinky black long-sleeved gown. At the neckline, the dress got a touch futuristic with heavily structured white folded-over triangles that came off a bit bizarre.

Jennifer Garner wore a form-fitting black dress to the Hollywood Film Awards. While the off-the-shoulder dress could have been boring and basic, Jennifer added a fun accessory to jazz it up.

Jennifer Garner added necessary glitz to her basic black with these diamond earrings. Her makeup was mostly natural, but the subtle pink on her eyelids upped the look.

Blanca Blanco attended the Hollywood Film Awards in a red gown that had a few elements that just missed the mark. While the neckline on her dress was beautiful, the shiny panel on her stomach took the attention away from there. The slit was too high and her severe ponytail and black accessories contrasted too much with what should have been a romantic dress.

Dale Dickey walked the red carpet in a white tent-dress. While the color looked nice on her, it was too casual for a major award show.

Kaitlyn Dever went ultra-conservative at the 2019 Hollywood Film Awards. The "Booksmart" actress gets points for choosing a fun color, but the dress's neckline, fabric and shape were too old fashioned to be considered a hit.

Dexter Fletcher looked dapper on the HFA red carpet. The Brit chose a maroon velvet jacket to go with his all-black look — a perfect choice for a November red carpet.

Charlize Theron's Hollywood Film Awards look is a bit confusing. It feels like Charlize could have ditched the flared pants all together and wore the tunic-top as a dress. She also painted her nails a deep, forest green for the event, which didn't match anything.

David Furnish's attempt at deliberate mismatching was a flop. His choice to pair a blue double-breasted suit jacket with black pinstriped pants only worked to give the illusion that he got dressed in a dark closet.

Nicole Kidman also chose an extremely conservative look for the HFAs, but she nailed it, looking classy and angelic in an all-white ensemble with red accessories.

"Judy" star Jessie Buckley also decided to dress conservatively for the Hollywood Film Awards. The Irish actress wore a white blouse with very long sleeves and a large black coat featuring heavy ruffles from top to bottom. She completed her look with a pair of heavy black boots. While Jessie doesn't seem to favor form-fitting red carpet outfits, she went too far and was drowning in fabric with this look.

Laura Dern, who took home the Hollywood Supporting Actress Award, chose a long-sleeved lilac dress on Nov. 3, 2019. While the dress had beautiful beading throughout, the color didn't totally work on Laura, and the black belt featuring a huge red flower in the middle did not go at all.

Olivia Wilde, who took home the Hollywood Breakthrough Director Award, wore a white, peplum-style dress with sequin polka dots to the Hollywood Film Awards. The dress was a risk, and could have worked if Olivia hadn't ruined it with her ultra-heavy eye makeup.

Stella Banderas accompanied her father Antonio Banderas as he won the Hollywood Actor Award. The 23-year-old beauty looked ever the part of a red carpet pro in a deep burgundy velvet jumpsuit. 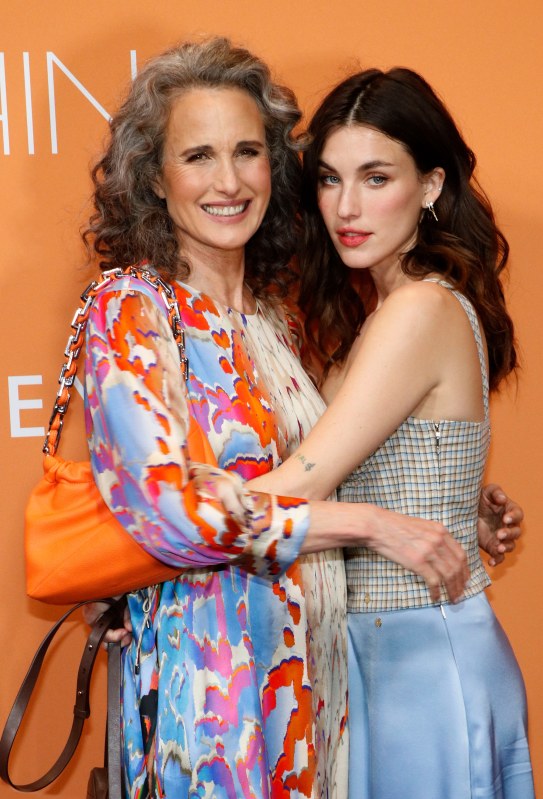