The fashion is never boring on the MTV Video Music Awards red carpet! Wonderwall.com is rounding up the best, worst and wildest looks from the 2021 ceremony on Sept. 12 — from the men showing all the skin to some seriously over-the-top accessories. First up, this bizarre disaster from Kacey Musgraves! The country music star arrived in this truly baffling Valentino ensemble — a sleeveless purple minidress paired with red over-elbow gloves, a purple feathered hat and clear strappy sandals. Get a better look at the strange headpiece next…

A closer look at Kacey Musgraves' headwear didn't make it any better. The star's purple and red Valentino getup was one of the strangest looks of the night… and at the MTV VMAs, that's saying something!

RELATED: See the stars at their first MTV VMAs

This was an incredible look from J.Lo: Jennifer Lopez stunned in this daring dress from David Koma. The talented beauty's minidress included long sleeves, a high neck and a lace-up detail down the bodice and up the sides of the skirt, which also featured sparkly embellishments. Her clear heels and wavy, long hairstyle solidified this look as a serious win — and one of her best looks of late!

Lil Nas X rocked custom Versace at the MTV VMAs. His pale purple design looked like a pantsuit on one side, but told a different story on the other…

From another angle, Lil Nas X's Versace getup looked like a ballgown — complete with a low neckline. Next up? A look at it from the front!

The front view shows just how confusing Lil Nas X's Versace number truly was — part pantsuit, part cape detail that could pass for a ballgown. And though we loved the shade — and the perfectly matching boots — the crazy silhouette scored a miss.

Camila Cabello wowed in the surprising color combo of pink and red in this Alexis Mabille confection. From the strapless bodice in hot pink to the dual-colored oversized bow detail that started at the waist and cascaded over the ruby red skirt, we loved every bit of this glam gown. Check out her beauty and jewels next…

Camila Cabello added some funky mismatched earrings by Katkim to the mix and kept things cool with hot pink eye makeup and a pink lip to complete her fab MTV VMAs look.

The styling of Shawn Mendes's crisp all-white Mans suit left a lot to be desired. The star rocked the fitted white blazer and baggy trousers coordinates with a very low-cut silk tank top by Judy Turner. And when it came time to add shoes, he ruined his monochromatic look with black loafers.

It wasn't only the men opting for minimal shirts under jackets at the MTV VMAs. Avril Lavigne turned up in this cute pink plaid suit by Area, clutching a silver Jimmy Choo bag. Though we liked her bright and cheery coordinates, her choice to wear that beaded Christalea top baffled us. She finished things off with dramatic chunky black Stuart Weitzman heels we also could have done without.

Machine Gun Kelly stood out among the men at the MTV VMAs — and not just because he wore a shirt under his blazer (more on that later)! The singer's bright red printed Dolce & Gabbana suit matched the carpet and paired perfectly with black dress shoes, almost rivaling the wild look his other half, Megan Fox, chose…

It was a very bold (and barely there) Mugler design for Megan Fox! The beauty sported this nearly entirely sheer spaghetti-strapped slip dress with some lining at the bust… and nowhere else. See it from the front next…

Megan Fox's wispy Mugler pick, which was sheer down to its midi-length hemline, showed off her equally minimal undergarments. She paired the look with muted gold strappy sandals for a majorly bold fashion moment.

Next up? A not-so-bold fashion moment. We were seriously underwhelmed by rising star Olivia Rodrigo's MTV VMAs pick. Her strapless and fitted Versace gown featured a dark pink and coral color combo for a pretty but forgettable pairing. Next up? A better look at her jewelry and makeup…

Ciara cemented herself as one of the best dressed stars of the night, wowing in this phenomenal black lace Tom Ford creation. The long-sleeved dress included a daring cut-out down the bodice and a floor-length skirt that pooled at the bottom to add an extra infusion of drama.

Paris Hilton looked futuristic in shiny silver in this Richard Quinn minidress. The long-sleeved frock started out fine with a high neck and structured sleeves but lost us with the bizarre super-short and asymmetrical hemline. The star added even more silver with pointy-toe pumps.

Billie Eilish was surprisingly subdued for the MTV VMAs. The star, known for her outlandish red carpet looks, opted instead for a black sweater over top a midi-length black lace dress, adding chunky boots to the mix and embracing a minimalist (and cozy!) style.

Tinashe opted for quite the funky fit on the red carpet at the MTV VMAs. The singer sported this cropped black top with a jagged edge with low-waisted brown leather pants that included some pretty intense black lace-up detailing. She accessorized the busy outfit with even busier accessories, which we'll see next…

Tinashe added layers upon layers of necklaces to her wild look, cementing it as a messy miss.

Holding it down for the men? Ed Sheeran, who looked sharp in a Versace tuxedo jacket! The musician rocked the classic baroque print from the fashion house and paired it with a black dress shirt with embroidery on the collar, black pants and dress shoes for an all-around dapper look.

It was a black-and-white Louis Vuitton jumpsuit for Alicia Keys. The star stepped on the red carpet in this covered-up getup with dramatic ruffled sleeves and what seemed to be shoes built into the outfit.

No one can call Rita Ora's Vera Wang look boring! The star arrived in this strange cut-out covered design, which she paired with a long cape and dramatic thigh-high boots. But her weird outfit wasn't the strangest element of her MTV VMAs ensemble…

Rita Ora found a surprising place to add some jewelry — her teeth! The star rocked a bizarre knotted hairstyle to complete her funky MTV VMAs look.

Another pair of leather pants we weren't crazy about? Jamila Mustafa's shiny skinny version, which she paired with a strapless flower-patterned top with a sweetheart neckline and tie detail at the waist. And though we weren't fans of the outfit, we did adore those sandals with the bedazzled bow detail.

Another guy who decided not to wear a shirt? Musician The Kid Laroi neglected to add a tee underneath his otherwise all-leather getup. He finished things off with another fashion faux pas: Converse sneakers on the red carpet.

Shay Mitchell looked ravishing in red at the MTV VMAs! The beauty's structured minidress featured a shiny all-over print and was styled perfectly with strappy bronze sandals and some statement earrings. See them next…

TikTok star Bella Poarch certainly made a statement at her first MTV VMAs. She selected a very over-the-top black lace jumpsuit and dramatic cape that included a train that followed her down the red carpet.

Ashanti arrived in this barely-there black frock with plenty of straps, a halter-style neckline and a half-skirt. The unique Michael Costello design made for an ideal fashion moment at the wild event.

The MTV VMAs weren't lacking in barely-there black dresses! Charli XCX also joined in on the trend, opting for this minidress with sheer paneling, plenty of lace and cut-outs and messy fringe hanging off the hemline. We weren't fans of the frock, but we did like the pointy-toe Christian Louboutins she added to the mix.

Pretty in pink! Madison Beer wowed in a Dolce & Gabbana frock in the palest of pink shades with spaghetti straps, a corset-style bodice and a sky-high slit. The dress is from 2003 and was once worn by Beyonce — when Madison was only 4 years old!

The over-the-top fashion continued with the evening's host, Doja Cat, who selected this bizarre Vivienne Westwood outfit for her red carpet look. The barely-there purple and black minidress would have been a fashion miss on its own, but she took it to the next level when it came to accessorizing. From those strange thigh-high red tights she wore under platform lace-up heels to the chunky jewelry and dramatic makeup (which we'll see up close next), we weren't feeling any element of this ensemble.

The dramatic purple eyeshadow, mauve lip and chunky mismatched jewelry cemented this look from Doja Cat as a fashion disaster.

When compared to the bold looks on the rest of the carpet, Debby Ryan's LBD was downright boring! The star arrived in a minidress with a ruffled neckline and straps and added knee-high boots — a snoozy combination on such a crazy night.

We're not entirely sure what's happening here, but we know we don't like it. German singer-songwriter Kim Petras opted to wear a black mask (or full bodysuit?) underneath a floral minidress at the MTV VMAs, adding embellished pointy-toe pumps to complete her bizarre outfit.

Charli D'Amelio channeled the '90s in this set of pink coordinates. The TikTok star rocked a cropped tank and matching skirt by Aliétte with strappy Giuseppe Zanotti sandals in the same bubblegum shade, then incorporated a black choker and bear-shaped clutch.

Nessa sported this sweet black frock with spaghetti stripes, a fitted bodice and a sweet tiered tulle skirt. She paired it with simple black sandals. The simplicity was an unexpected breath of fresh air on the crazy red carpet! 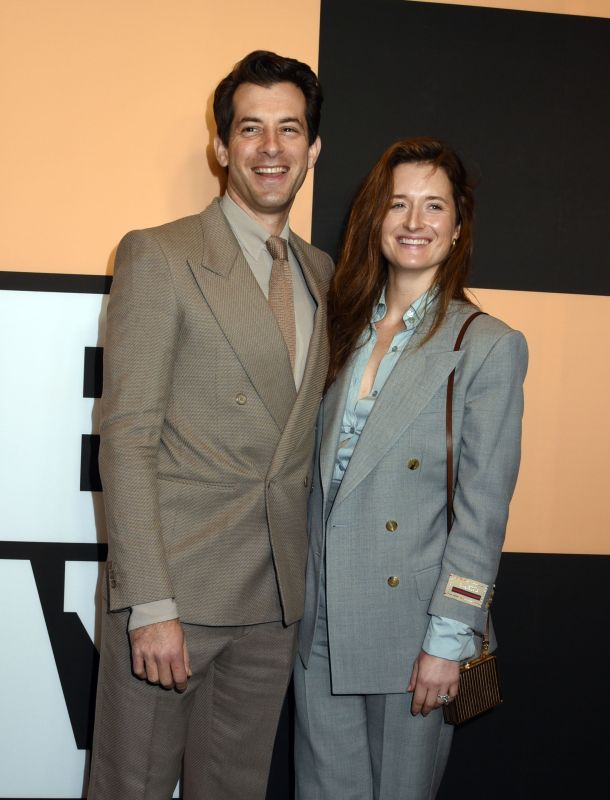