This past week in celebrity news saw a lot of love and even a very detailed conspiracy theory. It was also a big week for Ben Affleck. The actor revealed on March 14 that he's quietly completed treatment for alcohol addiction. In a Facebook post announcing the news, he wrote, "I want my kids to know there is no shame in getting help when you need it, and to be a source of strength for anyone out there who needs help but is afraid to take the first step. I'm lucky to have the love of my family and friends, including my co-parent, Jen, who has supported me and cared for our kids as I've done the work I set out to do." Ben previously sought treatment for alcohol abuse in 2001.

RELATED: Celebs who went to rehab

Kendall Jenner's Hollywood Hills home was burglarized on March 15, making her the latest celebrity to be violated in a recent string of high-profile robberies. Reports say $200,000 in jewelry went missing from her home during a party. She thinks it's an inside job and the culprit is a soon-to-be-former friend. Cops are on the case. Other celebs who have been on the wrong end of recent thefts include Kendall's sister Kim Kardashian West, Alanis Morissette and Nicki Minaj.

"The Bachelor" star Nick Viall has finally found love. On March 13, the ABC franchise staple (he's been on four installments!) got down on one knee and proposed to Vanessa Grimaldi — okay, okay, he didn't ACTUALLY do this that evening, but the finale aired that night. While many applauded the actual proposal in Finland, not everyone seemed sold on the duo's prospects for staying together — especially after they spoke live on the "After The Final Rose" special. Many within Bachelor Nation noted how their interactions seemed a little stiff, and their comments about their future weren't exactly a paragon of commitment. "We're taking baby steps," Vanessa told host Chris Harrison when asked if they'll get married. "I think we're still in the process of really getting to know each other… we're very optimistic about what the future holds." A source told Us Weekly that the relationship is "volatile."

On March 15, Lena Dunham showed up to the opening of fitness guru Tracy Anderson's new New York City studio looking slimmer than ever. Way slimmer than ever! The "Girls" star and creator didn't say how much weight she's lost, but she recently said she "stopped being able to eat food" when Donald Trump became president. She told an interviewer, "Try soul-crushing pain and devastation and hopelessness and you, too, will lose weight." Still, it has to be more than that, as evidenced by her showing up to Tracy's event. Regardless, looking good, girl!

Criss Angel opened up on March 13 about exactly what happened during his recent stunt gone wrong — he blamed it on diet, dehydration and lack of sleep. Criss was rushed to the hospital after he fell unconscious while dangling upside down in a straitjacket during an illusion on March 10 in Las Vegas. "Once I started going up, I was told that I began my escape, and that's all I remembered until I woke up and I was literally surrounded by paramedics and people putting things in my arms," he told ABC News. "I felt like [my unconsciousness] was really attributed to not eating properly. I've only been sleeping about two hours a night the past few days and I don't think I was hydrated." He performed the stunt the next day without incident. He also blasted critics who also wondered if the whole thing was a publicity stunt. "This is real," he said. "I blur the line between reality and illusion, but this demonstration and the risks that are at stake are no joke. What doesn't kill you makes you stronger, and for me it's always about pushing my envelope."

Dave Franco and Alison Brie have quietly gotten hitched. Their reps confirmed the news on March 13, but gave little other info. The couple has been together since 2012 and got engaged in 2015. Maybe we should have seen the hush-hush nuptials coming. In June 2016, Dave told "ET" he and the "Mad Men" actress were "pretty lax" about wedding planning.

Beyonce is having twin boys… if you believe the Internet. A conspiracy theory made the rounds all week claiming that Bey was dropping hints and slyly telling everyone the gender of her unborn twin babies. This one takes some background to detail: Before Bey dropped "Lemonade," she shared images of herself sniffing lemons and all things yellow — this was before anyone knew an album was even forthcoming. Before she had daughter Blue Ivy in 2012, she wore blue leggings to an interview — this was before anyone knew the baby's name. You follow? So… in 2008, Beyonce released her "If I Were a Boy" music video. In the clip, she wore a particular set of earrings. While celebrating her stepfather's birthday last week, she posted photos of her outfit from that night to her website — and she was wearing the same earrings she'd donned in the old video. Viola! "If I Were a Boy" earrings equals twin boys, or so the theory goes. Never mind that she just might have liked the way those earrings looked with her velvet dress.

Thomas Sadoski and Amanda Seyfried secretly eloped on March 12, he revealed this week (who knew!). During an appearance on "The Late Late Show With James Corden" on March 16, Thomas, who starred in "The Newsroom," referred to Amanda as "my wife." He then held up his hand to show a ring. "We eloped," he said. "We just took off into the country with an officiant and just the two of us, and we did our thing." Of the ceremony, he said, it "was beautiful. It was everything that it should be. It was just the two of us talking to each other."

Prime for a beating! Matthew Perry revealed on March 15 that he went to grade school with Canada's Prime Minister, Justin Trudeau, but the two weren't exactly friends. In fact, Matthew and a buddy beat up Canada's main man. "I think he was excelling in a sport that we weren't [as good at]," Matthew told Jimmy Kimmel. "It was pure jealousy, and, you know, we beat him up. His dad was prime minister, but that wasn't the reason we beat him up. I think he was the only kid in school that we could beat up." And no, despite his dad's position at the time, Justin had no security around him. 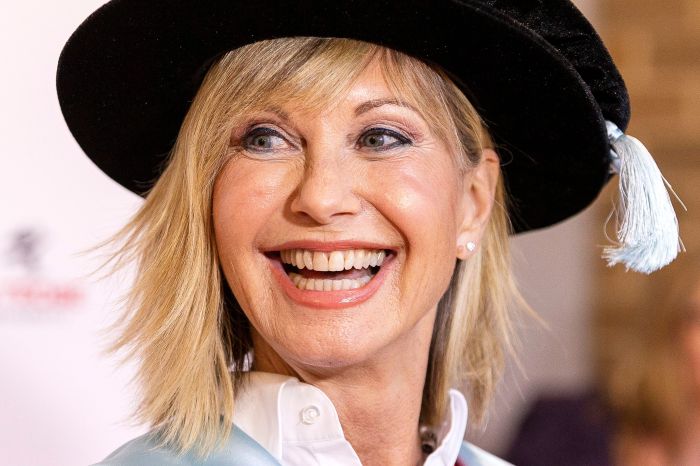