Why Cameron Diaz took a break from Hollywood

It's been three years since Cameron Diaz appeared in her last film, 2014's "Annie." At Gwyneth Paltrow's GOOP Wellness Summit on Saturday, June 10, Cameron explained why she took so much time away Hollywood. "I just went, 'I can't really say who I am to myself,' which is a hard thing to face up to," Cameron told Gwyneth during a panel discussion with Tory Burch, Miranda Kerr and Cameron's sister-in-law, Nicole Richie (via E! News). "I felt the need to make myself whole," she added. Later, Gwyneth asked about the panelists' relationships "Cameron, you got married later," she said. "What was it that kept you from getting married until you were 40?" After pointing out she was 41 when she and Benji Madden said "I do," Cameron explained, "I think it's a matter of I just hadn't met my husband, you know? I had boyfriends before. And there's a really, really distinct difference between husbands and boyfriends. And I have a husband who is just my partner in life and in everything. Talk about two very different people! We are so different from one another, but we share the same values — we're totally two peas in a pod. We are both just weird enough for each other." She went on to say Benji makes her feel like an equal in the relationship and supports her at every turn. "I never experienced that before. I'd never been loved in that way," she said. "I look at him every day and he inspires me — he works so hard. I feel so lucky."

A glowing and makeup-free Jennifer Garner stepped out with her kids for church on Sunday, June 11, in the Pacific Palisades section of Los Angeles where she and her ex, Ben Affleck live. Although Ben's often joined the family for Sunday services since he and Jen called it quits, the actor didn't appear to be with them as they made their way to their car, stopping to chat with other churchgoers along the way. If the "Wakefield" star looked happier than usual over the weekend, it could be because of the revelation that the writers of her hit show, "Alias" have talked about the possibility of a reboot with the show's creator, J.J. Abrams. Speaking to fans at a panel during the ATX Festival on Saturday, June 10, co-executive producer Josh Appelbaum said rebooting the show "would be amazing," according to EW. He added: "The right idea would have to come. We wouldn't want to do it unless it was absolutely perfect."

John Legend is three quarters of the way to being an EGOT holder — and his wife, Chrissy Teigen, is adorably proud. "John won a Tony!!! He has a GOT!" Chrissy tweeted on Sunday, June 11, after her man won a Tony Award for Best Revival for his co-producer role on the August Wilson play "Jitney." John won his Oscar for the original song "Glory" in the 2015 film, "Selma," and has multiple Grammy Awards. He has yet to be honored with an Emmy.

RELATED: Fashion hits and misses from the 2017 Tony Awards

Jenelle Evans opens up about her heroin addiction

Before she got help for her addiction, Jenelle Evans depended on heroin like a significant other, a point she makes in her new memoir, "Read Between the Lines: From the Diary of a Teenage Mom". "My first trip was amazing. I won't glamorize the drug by going into the long details of why people love it so damned much," the "Teen Mom" star writes in an excerpt published by E! News. "Before I knew it, I was shooting up four or five times a day. I was hooked." She goes on to recall the devastating effects her addiction had on her life. "The first thing I lost to the drug was my family. I disowned my mother and siblings and friends, but the truth is no one wants to talk to you when they suspect you're a junkie," she admits. Things only got worse when her mother got custody of her son, Jace. "It hurt my heart, made me sick to my soul that I couldn't see my son. I filled that hateful void with more drugs," she recalls. "The drugs always made the pain go away. They didn't turn on me or betray me. I guess heroin was my first steady, dependable lover. It gave me what I needed to live and I gave it my life. By this entry, heroin was the only thing I had in my life that loved me." Jenelle eventually got clean, thanks to her mom and rehab. "I ended up calling the last person in the world I expected to talk to, or expected would help me. My mother," Jenelle writes. "For all of our problems, I owe her for what she did that day. I called her and told her what kind of trouble I was in, and how I needed help." "Read Between the Lines" is due out July 25.

Christina Grimmie's family, fans remember her on the anniversary of her death

On the first anniversary of her death over the weekend, Christina Grimmie's family marked the milestone by thanking fans for keeping the singer's memory alive. "We want to take this moment to say thank you to Christina's legion of fans worldwide and all the partners who contributed and are still contributing to her legacy. Your prayers, love, encouragement and support have been felt by us as a family and we are humbled and deeply appreciative. We too, are still healing, but know that we love each and every one of you. Thank you for your support!" the family wrote in a post on social media one day after the anniversary of Christina's death on June 10, 2016. Over the weekend in Orlando, fans and friends were remembering Christina, too, as a group gathered to sing songs and light candles at the Plaza Live, where the singer was shot while signing autographs after her performance. In honor of the anniversary, the venue posted the words "remember Christina" on its marquee, according to People.

Well, that was uncomfortable. During Katy Perry's four-day live broadcast of her life in Los Angeles over the weekend, she hosted a dinner for 10 that brought together members of the political right — including Caitlyn Jenner — and left, including Margaret Cho. It soon became clear that most of the guests were more liberal than Caitlyn, who voted for Donald Trump and has long supported the Republican party. According to the Daily Mail, the conversation got tense when guests questioned Caitlyn's pro-Trump stance given his lack of support for the LGBQT community. When Caitlyn suggested she prefers an America with less government involvement in citizens' personal lives, someone pointed out that as a white male before she transitioned, Caitlyn (who was then Bruce) enjoyed plenty of preferential treatment. Caitlyn grew silent as the discussion continued until, finally, someone asked her why she'd quieted down. "I don't wanna talk anymore!" she retorted. Ultimately, she found a way back into the conversation by explaining that she's met with people who had never spoken with a trans person as a means of bridging the divide. Before she left the night, Caitlyn and Katy shared a hug. Katy's livestream was a promotional campaign for her new album, "Witness."

Kylie Jenner feels 'pressured' to 'keep up with' her public image

Will the real Kylie Jenner please stand up? In a preview clip of her new show, "The Life of Kylie," the reality star explains there's more to who she is than "Keeping Up With the Kardashians" fans realize. "When you grow up on camera, everybody feels like they know you. There's two sides of me," she says (via the Daily Mail). "There's an image that I feel constantly pressured to keep up with and then there's who I really am. That's who I want you guys to get to know." The show, which offers a look at Kylie's day-to-day work on projects like her makeup line, debuts on E! On Aug. 6.

Happy 40th, Kanye West! Just days after they returned from the Bahamas, Yeezy and Kim Kardashian West headed to Tokyo to celebrate Kanye's birthday on June 8. Where E! News reports they visited a restaurant from "Kill Bill," among other local sites. "Happy Birthday babe I love you so much!" Kim wrote on Instagram during their trip. "You inspire me every day to be a better person! I'm so grateful for you ❤️ ."

"Entourage" star Kevin Dillon and his wife of 10 years, Jane Stuart, have reached an agreement regarding the terms of their divorce after a disagreement over the date of their separation. Jane reportedly claimed the pair separated in May 2016, while Kevin said they split back in October 2008. The difference, TMZ notes, weighs heavily on the "Entourage" income Kevin would be able to keep for himself, since Jane only has a legal stake in money earned prior to their separation. According to the website, Kevin and Jane settled on having Kevin pony up $3,174 a month in child support for their daughter and $7,214 a month in spousal support.

Nick Gordon made his first appearance in court on Sunday, June 11, after being arrested on domestic violence and kidnapping charges the day before. According to TMZ, Bobbi Kristina Brown's ex-boyfriend had been arguing with his girlfriend of two months, Laura Leal, about his belief that she wanted to hook up with one of his friends before he began hitting and punching her. The victim later said Nick had beaten her throughout the weekend and wouldn't let her leave the house. When his mother saw how badly she'd been attacked, she drove her to safety. Laura was sent to the emergency room because of her injuries while Nick was ordered by a judge to wear a GPS monitor and stay away from Laura. His bail was set at $15,500. Nick was found liable for Bobbi Kristina's 2015 death last year. 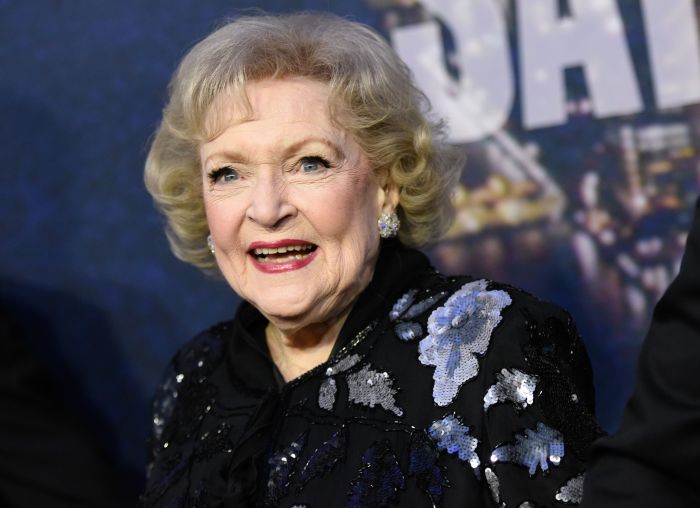