For some celebs, St. Patrick's Day is more than just a day to wear green, honor the patron saint of Ireland and go out on the town with your pals — it's their birthday! Join Wonderwall.com as we take a look at the celebrities who came into this world on March 17, otherwise known as Saint Patty's Day… starting with this ageless wonder… Golden Globe-nominated actor and original Brat Pack member Rob Lowe was born on March 17, 1964, in Charlottesville, Virginia. Keep reading for more…

"Star Wars" franchise actor John Boyega was born on March 17, 1992. For his 26th birthday, his folks gifted him something practical — and it wasn't green. "My parents, the people who brought me into this world, got me a paper shredder," he revealed on "The Tonight Show with Jimmy Fallon." "I'm like, 'Dad, why?' He goes, 'I don't give you what you want, I give you what you need, my boy.'"

Another notable celeb who was born on St. Patty's Day? None other than sometime reality TV star Rob Kardashian! The father of one came into the world on March 17, 1987.

RELATED: Celebrities who were born on Halloween

Kurt Russell came into this world on March 17, 1951. In a video posted by longtime love Goldie Hawn on Instagram in 2019, Kurt tells the camera, "My birthday, March 17, 2019, I think it's Sunday. And what are we doing? We're wine tasting in Maui. How beautiful is this honey? Look at these little Hawaiian doodads."

This Golden Globe Award-winning actor was also born on St. Patrick's Day! Gary Sinise — beloved for his role as Lt. Dan Taylor in 1994's "Forrest Gump — came into the world on March 17, 1955.

Singer-songwriter Tamar Braxton was born in Severn, Maryland, on Saint Patrick's Day in 1977.

Smashing Pumpkins frontman Billy Corgan was born on St. Patty's Day! The "Today" hitmaker made his entrance onto the world's stage on March 17, 1967.

Coco Austin of "Ice Loves Coco" fame was born on March 17, 1979, in Los Angeles. For her 39th birthday, the reality star took to Instagram to share how she celebrated. "I had a great time with family doing some birthday shopping!…Even though they are the greatest gift," she captioned her sweet post.

Brittany Daniel and Cynthia Daniel — the real-life twins who found fame as the Wakefield twins on "Sweet Valley High" — were born in Gainesville, Florida, on March 17, 1976.

Irish singer-songwriter Andrew John Vladimir Hozier-Byrne — better known as Hozier — came into this world on March 17, 1990. For his 29th birthday, he took to Twitter to thank his fans for all the love. "Thank you to everyone for their birthday wishes and thank you Charlotte for helping an Irish lad celebrate and making it extra special," he wrote alongside a video of himself performing.

Olesya Rulin, who's known for her role as Kelsey in the "High School Musical" films, was born on March 17, 1986.

Actress Natalie Zea, who's starred on "Dirty Sexy Money," "Justified" and "The Following," among other buzzy shows, was born on March 17, 1975.

Actress Vicki Lewis is another famous face who was born on Saint Patrick's Day! The star came into the world on March 17, 1960.

Stormy Daniels — the adult film actress who's made headlines in recent years for her relationship with President Donald Trump — was born on March 17, 1979.

Golden Globe nominee Lesley Anne-Down — the English actress who found fame in "Upstairs, Downstairs," famously starred in "The Pink Panther Returns" and earned a Golden Globe nomination for her work in the miniseries "North and South" — was born on March 17, 1954.

Canadian musician Melissa Auf der Maur, who famously played bass in the band Hole and has also collaborated with Rufus Wainwright and Ric Ocasek, was born on St. Patrick's Day in 1972.

Legendary jazz pianist and vocalist Nat King Cole, who made history as the first African American man to host a U.S. TV series, graced the world with his presence on March 17, 1919. In 2020, the Recording Academy announced that the "This Is Nat King Cole" Grammy museum exhibit celebrating that late icon's career and life would open its doors on March 17, 2020 — what would have been Nat's 101st birthday. 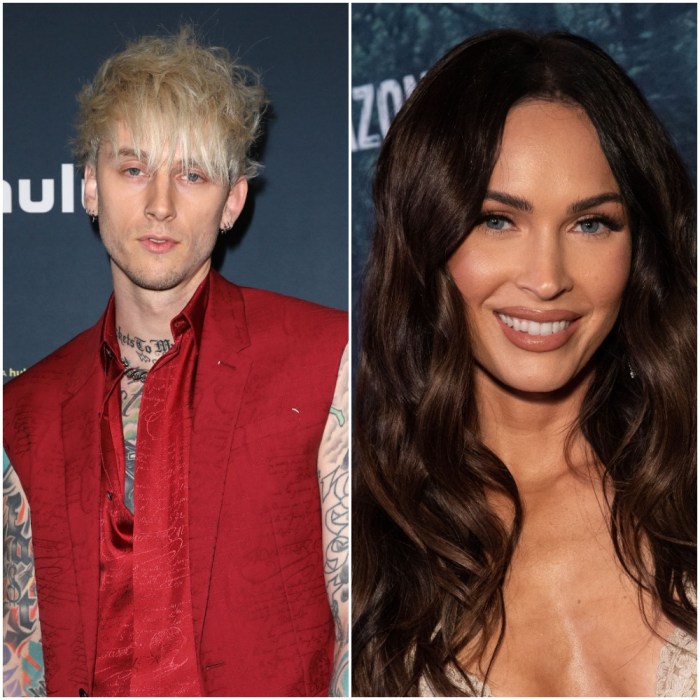