Happy birthday, John Travolta! In honor of the "Grease" alum's 68th birthday on Feb. 18, 2022, Wonderwall.com is taking a look back at the 30 hottest photos of the iconic actor early in his career, starting with this temperature-raising snap… That hair! John Travolta's Vinnie Barbarino on "Welcome Back, Kotter" was always welcome back… He starred on the hit ABC sitcom from 1975 to 1979.

John Travolta was insanely crush-able as Danny Zuko in the 1978 musical "Grease."

John Travolta showed off his fit physique in the 1983 dance drama "Staying Alive."

RELATED: The hottest men in Hollywood over the age of 50

In an undated photo taken sometime in the late '70s, John Travolta's baby blues were piercing — even in black and white!

John Travolta showed some skin in an undated snap from early in his career.

A smiling John Travolta looked handsome and windswept as he strolled on the tarmac at an airport in an undated photo from early in his career.

Those arms! A tank top-clad John Travolta looked muscular in Los Angeles in 1983.

Too cool! John Travolta kicked up his cowboy boots during a 1976 photo shoot in New York City.

Olivia Newton-John's Sandy Olsson wasn't the only one who fell in love with John Travolta's Danny Zuko in 1978's "Grease."

Iconic! John Travolta was all smiles in a promotional photo for ABC's "Welcome Back, Kotter" in 1975.

John Travolta showed off a hint of his toned torso while starring in 1983's "Staying Alive."

John Travolta's luscious locks were on full display in an undated portrait from early in his career.

John Travolta stared deeply into the camera while promoting "Saturday Night Fever" in London in 1977.

Much like Glynnis O'Connor's on-screen alter ego, we wanted to get close to John Travolta's Tod Lubitch in ABC's 1976 made-for-TV movie "The Boy in the Plastic Bubble."

Lucky lady Debra Winger got close to John Travolta when they co-starred in 1980's "Urban Cowboy."

John Travolta flashed a megawatt smile while hanging out on the set of "Welcome Back, Kotter" in 1975.

John Travolta looked dapper in a tuxedo and bow tie at the 1977 premiere of "Saturday Night Fever" in New York City.

John Travolta struck a pose during a photo shoot in London in 1981.

Our hearts soared when we saw this smiley snap of John Travolta traveling through London's Heathrow Airport in 1981.

This is a "John Travolta's lips" appreciation post! The actor looked pretty darn handsome during the 1976 People's Choice Awards!

Is it any wonder John Travolta became a household name after he starred as Danny Zuko in "Grease" in 1978?!

John Travolta looked white-hot in a white button-down shirt in this undated portrait from early in his career.

A shirtless John Travolta slicked back his hair in the 1977 dance drama "Saturday Night Fever."

John Travolta beamed with pride while posing beside his new star on the Hollywood Walk of Fame in Los Angeles in 1985.

We were overjoyed to witness John Travolta's "leg day" in the 1985 romantic drama "Perfect."

Who else is thirsty after clicking through these pics?! John Travolta's piercing blue eyes were on full display as he sipped a beverage in a snap taken circa 1990. 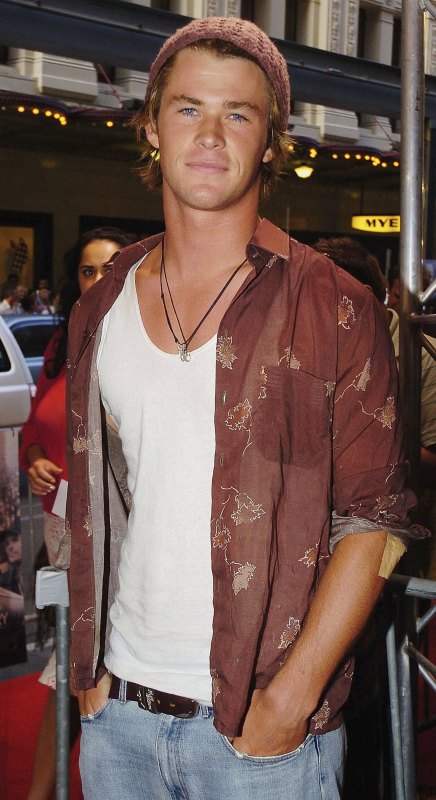