The wait is finally over! On June 11, 2021, Lin-Manuel Miranda's Broadway musical sensation, "In The Heights" — which tells the story of a charismatic bodega owner (played by "Hamilton" actor Anthony Ramos) in New York's Washington Heights neighborhood who dreams of a better life — makes its debut on the big screen! In honor of the highly anticipated film's release, Wonderwall.com is rounding up the best movie musicals out there.

Keep reading to see if your favorite is on our list…

You'd be lying if you didn't admit to watching this movie at least once! 2006 marked the release of the Disney Channel's made-for-television movie "High School Musical," which spawned two more installments (and a mockumentary drama series that debuted on Disney+ in 2019). The first TV movie skyrocketed then-newcomers Zac Efron and Vanessa Hudgens to superstardom and left a lasting mark on popular culture. There are songs from "HSM" we still can't get enough of 'today like "Breaking Free," "What I've Been Looking For" and the all-time classic "We're All in This Together."

RELATED: "High School Musical" cast: Where are they now?

In 2012, Anna Kendrick led an ensemble cast in the musical-comedy flick "Pitch Perfect," which focuses on a university's all-female a cappella group, the Barden Bellas, as they compete to win at nationals. "Pitch Perfect" marked the first of three success installments and furthered Anna's status as an A-list talent in Tinseltown.

The 2001 romantic drama "Moulin Rouge!" stars Nicole Kidman, Ewan McGregor and John Leguizamo in a sensual tale of love, jealousy and vengeance. And, let's be real, the soundtrack — which features songs like "Nature Boy" by David Bowie and "Lady Marmalade" by Pink, Christina Aguilera and Lil' Kim — is one of the dopest musical compilations out there.

"The Wizard of Oz" stars Judy Garland in one of her most iconic roles, Dorothy Gale, and tells the story of the young farm girl who's transported to the magical land of Oz where she must find a way to the Emerald City. The film — one of the most beautiful cinematic adventures ever created — co-stars Billie Burke as Glinda the Good Witch and a cast of unforgettable characters (like Lion, Tin Man and Scarecrow). It's a musical masterpiece that makes us all want to join the Lollipop Guild and slay wicked witches while wearing sparkling ruby slippers.

"The Phantom of the Opera" is a beguiling tale of a musical genius (and stalker) with a congenital deformity who lives in the basement of the Paris Opera House and falls in love with a beautiful singer (played by Emmy Rossum). It's a classic story of chauvinism, predatory behavior and a man (played by Gerard Butler) who thinks it's OK to dominate a woman because he finds her pretty. And love, it's also about love, sort of.

"Grease" is one of the most beloved musical movies of all time. The song-heavy romance stars John Travolta and Olivia Newton-John in a 1950s story about summer love, high school drama and identity that's managed to transcend time and resonate with viewers of every generation.

Seeing this picture makes us want to sing, "The hills are alive with the sound of muuusiiic!" The 1965 classic "The Sound of Music" stars Julie Andrews as a renegade nun (just kidding, she was a kind-hearted woman who left her convent) who became the live-in nanny for the Von Trapp family. For decades, "The Sound of Music" has held the bar high for heartwarming musicals. Now, like the Von Trapp children, we'll sing "So Long, Farewell."

The 2017 biographical musical "The Greatest Showman" starring Hugh Jackman and Michelle Williams is about P.T. Barnum and his creative vision for a new form of entertainment called "show business" that leads to the creation of the Ringling Bros. and, eventually, the Barnum & Bailey circus. It also spawned a killer soundtrack.

If you're not already in love with Bollywood musicals, consider "Bride & Prejudice" your gentle nudge in the right direction. The modern remake stars Martin Henderson and the stunning Aishwarya Rai (a queen of Indian cinema) in a remake of the Jane Austen classic "Pride and Prejudice." In this spiced-up version, Aishwarya plays Lalita, a young Indian woman destined for an arranged marriage. Her ideas about the future change when she meets William Darcy (played by Martin), a rich American who at first repels her — then manages to win her heart.

There's a reason the 1975 movie musical "The Rocky Horror Picture Show" has a cult following — it's an incredible, gender-bending and sexuality-defying production that celebrates everything weird and wonderful. Starring Tim Curry in the iconic role of Dr. Frank-N-Furter, this mystifying comedy will never go out of style. (Fans can also check out the 2016 reboot, TV's "The Rocky Horror Picture Show: Let's Do the Time Warp Again" starring Laverne Cox.)

Not only is "Dreamgirls" a riveting musical, but we get to see Beyonce and Jennifer Hudson singing on screen. The story — which tells the tale of a trio of soul singers who get their big break only to learn that fame can change things for the worse — is somewhat based on the lives of the Supremes. Jennifer won an Oscar for her performance and Eddie Murphy, who also stars in the film, earned his first Oscar nomination.

The 2007 remake of "Hairspray" starring John Travolta (seen here) as well as Nikki Blonsky and Zac Efron was so good, it probably deserves a re-watch given today's political climate. The sassy musical is about plus-sized teen Tracy Turnblad, who wins a chance to be a regular on a local dance TV show and uses her newfound fame to bring racial equality to the dance floor.

You will never see anything like "Little Shop of Horrors" and that's what makes this beloved 1986 musical starring Rick Moranis one of our all-time faves. When nerdy florist Seymour discovers his Venus fly trap is actually a blood- and flesh-hungry monster (that draws in curious customers), he does all he can to keep it fed, even if it means murder.

Before Hugh Jackman starred in "The Greatest Showman," he strutted his musical stuff in 2012's "Les Misérables" (also known as "Les Mis" by the cool kids). Also starring Amanda Seyfried, Eddie Redmayne, Anne Hathaway and Russell Crowe, the classic tale follows wanted criminal Jean Valjean (Hugh), who transforms his life and promises to raise an orphan girl as his own all while fighting to escape the clutches of a vengeful police inspector who's determined to capture him.

Starring Richard Gere, Renee Zellweger and Catherine Zeta-Jones, the 2002 musical "Chicago" is as seductive as it is entertaining. This comedic crime-drama set in the 1920s uses theatrical song and dance numbers to tell the story of jealousy, murder, fame and all that jazz.

We couldn't leave the 1964 family musical "Mary Poppins" off our list. Starring Julie Andrews in the titular role, this partially animated fantasy-comedy flick is based on the children's series by author P.L. Travers and includes legendary songs like "A Spoonful of Sugar" and "Super-cali-fragil-istic-expi-ali-docious." 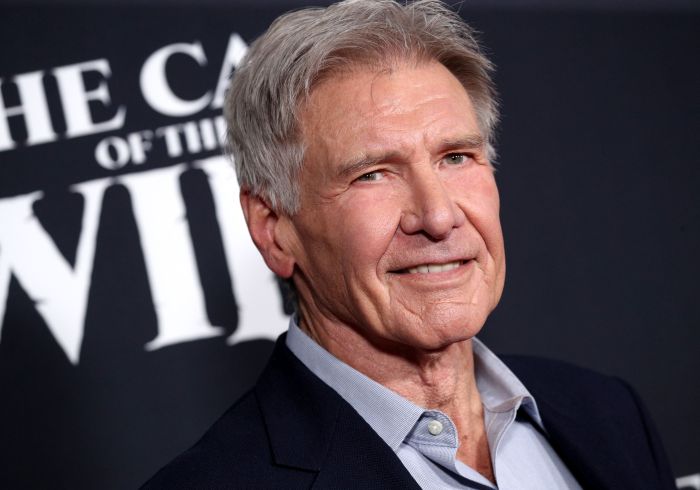