It's been 15 years since the original "High School Musical" debuted on the Disney Channel on Jan. 10, 2006. In honor of the made-for-TV movie's big anniversary, Wonderwall.com is taking a look back at how our favorite East High School alums have changed since they first taught us that "We're All in This Together." Keep reading to catch up with Zac Efron, Vanessa Hudgens, Ashley Tisdale and more…

Zac Efron returned to the role of Troy Bolton in two "High School Musical" sequels. He also starred in "Hairspray," "17 Again," "The Lucky One," two "Neighbors" movies, the 2017 "Baywatch" movie, "The Disaster Artist," "The Greatest Showman" and many, many more. In more recent years, he's portrayed Ted Bundy in "Extremely Wicked, Shockingly Evil and Vile," voiced Fred in the new Scooby-Doo movie "Scoob!" and starred on the Netflix travel docuseries "Down to Earth with Zac Efron." Up next, he's set to star in the Disney+ remake of "Three Men and a Baby" and to portray a Wired journalist in the John McAfee biopic "King of the Jungle." Zac has been linked to a number of beautiful women since his four-year romance with "HSM" co-star Vanessa Hudgens came to an end in 2010. His list of romantic conquests includes Lily Collins, Michelle Rodriguez, Halston Sage and Olympic swimmer Sarah Bro. He also had a long-term relationship with model Sami Miro from late 2014 to early 2016 and got serious with model-waitress Vanessa Valladares during his 2020 move to Australia. But not all aspects of his life have been charmed: In 2013, he went to rehab for substance abuse issues. Within a year, he also broke his jaw and had his mouth wired shut after a bizarre tumble in his home and made headlines for fighting a homeless man in downtown Los Angeles. In late 2019, he was hospitalized while shooting the Quibi series "Killing Zac Efron" … which was ironic, to say the least.

Vanessa Hudgens returned to the role of Gabriella Montez in two "High School Musical" sequels. After that, she starred in "Beastly," "Sucker Punch," "Journey 2: The Mysterious Island," "Spring Breakers," "Machete Kills," "Second Act," "Bad Boys for Life" and more. She also portrayed Rizzo in "Grease Live!" and Maureen in "Rent: Live," headlined the short-lived NBC superhero comedy "Powerless," starred in two "The Princess Switch" movies for Netflix and released two pop albums: 2006's "V" and 2008's "Identified." Up next, she's set to star in Lin-Manuel Miranda's film adaptation of the Jonathan Larson musical "Tick, Tick… Boom!" Vanessa — who faced the first of three hacked photo scandals in 2007 before production of the third "HSM" film commenced — romanced Zac Efron from 2006 to 2010, was briefly linked to Josh Hutcherson in early 2011 and then dated Austin Butler from 2011 to late 2019. In 2020, she stepped out with Kendall Jenner's former love, basketball player Kyle Kuzma, before getting serious with professional baseball player Cole Tucker.

Ashley Tisdale returned to the role of Sharpay Evans in two "High School Musical" sequels and a 2011 straight-to-DVD spinoff, "Sharpay's Fabulous Adventure." She also portrayed Maddie Fitzpatrick on "The Suite Life of Zack and Cody" until 2008, appeared in "Scary Movie V" and starred on the short-lived series "Hellcats," "Clipped," "Merry Happy Whatever" and, most recently, "Carol's Second Act." On top of all that, she's released three albums — 2007's "Headstrong," 2009's "Guilty Pleasure" and 2019's "Symptoms" — and enjoyed an extremely successful second calling as a voice actress: She's voiced Candace Flynn in the "Phineas and Ferb" franchise since 2007, scored a Daytime Emmy nomination for voicing the title character on "Sabrina: Secrets of a Teenage Witch" and voiced Stealth Elf on "Skylanders Academy." She can currently be seen as a panelist on "The Masked Dancer." In 2007, Ashley fell for "HSM" backup dancer Jared Murillo. After they split in 2009, she moved on with music video director Scott Speer, whom she romanced off-and-on until 2012. She then found love with musician Christopher French, whom she wed in 2014. They're expecting their first child, a girl, in 2021.

Lucas Grabeel returned to the role of Ryan Evans in two "High School Musical" sequels. He then appeared in "Milk," had a brief stint on "Smallville" and starred as Toby Kennish on "Switched at Birth" from 2011 to 2017. He's also racked up an impressive résumé as a voice actor, voicing characters on "Family Guy" and "Elena of Avalor," among others. On top of all that, he released a handful of singles and a 2011 EP and founded a now-defunct production company, 14341 Productions, through which he produced several short films. His long-term relationship with actress Emily Morris came to an end sometime after the summer of 2018, and he's been dating a teacher since at least the summer of 2020.

Corbin Bleu returned to the role of Chad Danforth in two "High School Musical" sequels. Since then, he's appeared in a number of smaller films that failed to achieve mainstream success. He also released two pop-R&B albums, appeared on the short-lived CW series "The Beautiful Life: TBL," portrayed Jeffrey King on the digital "One Life to Live" reboot and competed on the 17th season of "Dancing With the Stars" in late 2013. (He and partner Karina Smirnoff ultimately placed second — after "Glee" alum Amber Riley.) Corbin has been most successful in the theater world, starring in Broadway productions of "In the Heights," "Godspell" and "Kiss Me, Kate." In 2016, he married actress Sasha Clements.

Monique Coleman returned to the role of Taylor McKessie in two "High School Musical" sequels. She's worked consistently in film and television since then. Most notably, she starred on TV One's short-lived 2016 sitcom "Here We Go Again" and in the network's 2020 made-for-TV movie "Steppin' Back to Love." She also popped up in the 2019 Lifetime made-for-TV movie "I Am Somebody's Child: The Regina Louise Story." In late 2006, just a few months after the first "HSM" debuted, Monique competed on the third season of "Dancing With the Stars" and ultimately placed fourth with partner Louis van Amstel. In 2019, she scored a Daytime Emmy nomination for her youth-skewing talk show "Gimmie Mo." She married Walter Jordan in Thailand in 2012. 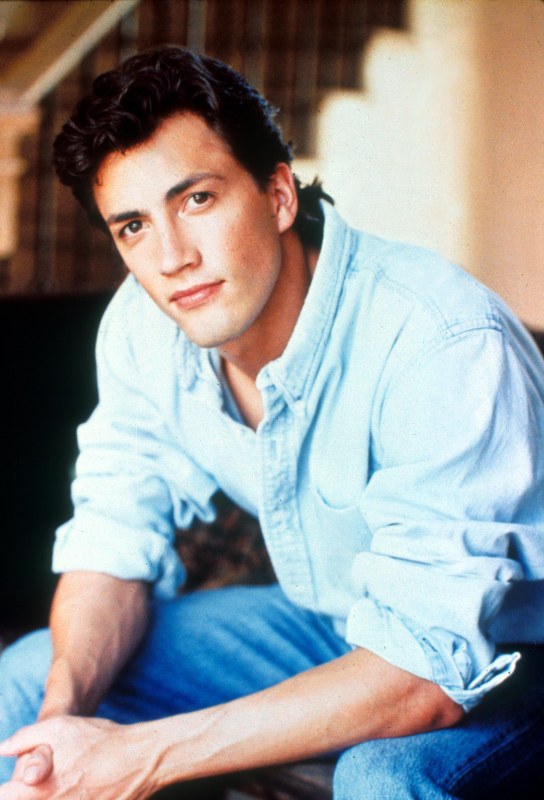