Justin Timberlake under fire for Time's Up support

Time's Up, the entertainment industry-driven campaign for workplace equality and legal defense fund to support victims of sexual harassment and assault, was the guest of honor at this year's Golden Globes, where virtually every attendee wore black and many wore Time's Up pins in solidarity with the cause. Men joined in the show of support, too, but some social media users branded certain male stars as hypocrites. Justin Timberlake, who proudly captioned a pre-Globes photo, "Here we come!! And DAMN, my wife is hot! #TIMESUP #whywewearblack," was among those who got a thrashing online. Justin recently starred in "Wonder Wheel," the latest film from Woody Allen — a man who married one adopted daughter and has been accused of molesting another. In tweets excerpted by TheBlast, JT's post drew comments ranging from "Dude you are in the new Woody Allen film. Shut it," to, "'I'm starring in a well known rapist/pedophile director movie this year but I wore black at the #GoldenGlobes so that's ok.' #WoodyAllen #WhyWeWearBlack #TIMESUP." Others urged Justin to consider his actions: "If you truly believe times up then don't work with Woody," read one tweet. The singer wasn't the only male Globes guest whose Time's Up support seemed a bit off. James Franco came under fire as well. Vulture noted that Ally Sheedy posted (and later deleted): "James Franco just won. Please never ask me why I left the film/TV business," then posted something about James and Christian Slater sharing a table, adding the hashtag #MeToo. As of Monday, Jan. 8, she had yet to clarify the posts. Others on Twitter pointed to a recent incident in which James tried to pick up a 17-year-old girl online. She later shared their exchange. James, meanwhile, dismissed it on "Live With Kelly & Michael," saying "social media is tricky."

RELATED: Fashion hits and misses from the 2018 Golden Globes

One reason Kim Kardashian West and Kanye West's new mansion is now worth $20 million more than they paid for it? Axel Vervoordt. TMZ reports Kimye enlisted the renowned interior designer and antiques dealer to work with Kanye on most of the details of the home's design. According to the website, the results are extremely minimalist. Each piece of furniture in the home is also reportedly custom-made for the Hidden Hills space. In a recent profile of the designer, Architectural Digest described Axel's style as one that "favors muted tones, weathered surfaces, richly patinated antiques, and a mix of ancient and modern artworks that share abstract, universal qualities."

Somebody's not keeping up with their "Saturday Night Live" watching … When Jessica Chastain and Chris Hemsworth announced the nominees for Best Performance by an Actress in a Motion Picture – Musical or Comedy at the Golden Globes on Sunday, Jan. 7, Jessica was tasked with pronouncing the Irish tongue-twister that is Saoirse Ronan's name. As Twitter quickly pointed out, she didn't do so well, offering something, well, bungled, instead of the pronunciation Saoirse coached "SNL" viewers through with a ditty she sang during her monologue on the show at the end of last year. It didn't help matters that when the "Lady Bird" star won, Jessica had to say her name again. Chris tried to assist, but the two never really got it. "Jessica chastain butchering saoirse Ronan's name is making my eye twitch," wrote one annoyed Globes viewer on Twitter (via the Daily Mail). Tweeted another: "We are all the panic on Jessica chastain's face when she saw she had to pronounce Saoirse Ronan #goldenglobes." Jessica, for future reference, if we may quote Saoirse herself, "It's Saoirse with an 'er,' not Saoirse with an 'r,' because Saoirse with an 'r' goes 'arr' not 'er' …"

Catriona Balfe was looking a little more sparkly than usual when she hit the red carpet at the Golden Globes on Sunday, Jan. 7. As the "Outlander" star confirmed to People, she and Tony McGill, her boyfriend of nearly two years are engaged. "It happened over the break. I'm very happy," said Catriona. Tony's not the only one who's got some major love for Catriona these days, either. On her way to the Globes, a group of women hollered and waved "we love you Catriona" signs in her direction. "Thank you so much ladies for coming out. I'm feeling the love !!! And sending it right back to you," the actress later tweeted, sharing a photo of the superfans. By the end of the night, she was still thinking about them. "In bed," she tweeted. "Obligatory naughty burger pizza combo consumed and the most prevalent conversation I've had all night was about the amazing group of fans on the route to the show. Seriously BEST FANS EVER."

Looks like the NFL won't shy away from National Anthem-related controversy at the Super Bowl. This week, the league announced Pink, a vocal opponent of Donald Trump, will open the game by singing "The Star-Spangled Banner." Whether she'll take a knee during the song in protest of race-fueled police brutality in America — as players, teams, owners and celebs have done increasingly since Colin Kaepernick first refused to stand during the anthem — remains to be seen. (Vulture's money is on Pink flying in, aerial-style, on one knee, which sounds about right.) The president has slammed players for their silent anthem protests, calling for their ouster and using profane language in a series of insulting tweets. Pink, meanwhile, tweeted that the Donald was "doing a terrible job" after Vice President Mike Pence walked out on a game over the National Anthem protests. Speaking to Vulture about the White House's reaction to the National Anthem protests, Pink asked, "Puerto Ricans don't have power, but you have time for this?"

And now, for your moment of zen. Yep, that would be Tom Hanks playing waiter for his table at the Golden Globes. "This Is Us" creator Dan Fogelman snapped one of many, many photos of the moment that later surfaced on social media. "Best thing I've seen here. Tom Hanks delivering a tray of martinis to his table. The best. #goldenglobes," he captioned the pic on Twitter (via Us Weekly). Other users jokingly asked Tom on Twitter for martinis of their own while some simply praised the actor, wondering, "is there anything Tom Hanks does that isn't adorable?" Meh, we're going with "no" on that one.

Tom Hanks isn't the only one whose Golden Globes behavior ranked pretty high on the adorability scale this year. Kelly Clarkson appeared at the Globes as a presenter for Best Original Song. But it was her interaction with a pair of stars who had nothing to do with that category that won our hearts. While talking to Ryan Seacrest on the red carpet, Kelly interrupted the conversation so abruptly Ryan thought she may have tripped on something. It turned out she had only tripped on her own inner fangirl. "Oh my God, that's Meryl! That's Meryl Streep!" Kelly hollered, according to the New York Post. Ryan gamely introduced Kelly to her silver screen heroine. "Can I meet you? I've adored you since I was like 8," Kelly told Meryl. Later during the show, Kelly was spotted chatting and giggling with Steve Carell. Probably safe to say the whole world hopes they were talking about that "40 Year Old Virgin" scene where he gets his chest waxed — and screams "Kelly Clarkson" as a way of mitigating the pain.

Paris Hilton says Kim Kardashian will be invited to her wedding

Paris Hilton and Chris Zylka's wedding could turn out to be a throwback to the early aughts. A cameraman for TMZ caught up with the bride-to-be as she and her fiance were leaving Craigs's restaurant in Los Angeles on Saturday, Jan. 6. Asked to share some wedding details, Paris said she and Chris were having dinner with her family this week with the intention of doing some wedding planning. Before she hopped in her waiting SUV, the photographer asked if Kim — aka Kim Kardashian West, Paris' onetime BFF and onetime nemesis — would be invited to the wedding. Paris' response? "Of course."

After months of engagement buzz, Gwyneth Paltrow and Brad Falchuk have confirmed they plan to tie the knot! The happy couple is slated to appear on the cover of GOOP magazine later this week, but "Good Morning America" revealed their news on Monday, Jan. 8. "We feel incredibly lucky to have come together at this junction in our lives when our collective successes and failures can serve as building blocks for a healthy and happy relationship," they said in a joint statement (via People). Congrats! May you never uncouple, whether consciously or otherwise.

"I am immensely grateful for the outpouring of support today." That's how Catt Sadler responded to the New York Post when the tab checked in with her about celebs at the Golden Globes and on social media who'd called out E! News for paying Catt's male co-host nearly twice as much as the network was paying Catt. "Thank you to Amy, Debra, Eva, Brie, Julianne and so many more women using their voices on behalf of us all," Catt told the Post. The former "E! News" host quit in December when she learned about the disparity between her paycheck and Jason Kennedy's much heftier one. "If you're on the carpet tonight or at home post in support and ask @eentertainment what happened?" Amy Schumer tweeted before the awards show. "We thought you would be for pay equality and say #imwithcattsad @iamcattsadler," she added. Multiple stars took Amy up on the challenge. In a red-carpet chat for E!, Debra Messing told Giuliana Rancic, "Time is up and we want diversity, we want intersectional gender parity, we want equal pay," before saying, "I was so shocked to hear that E! doesn't believe in paying their female co-hosts the same as their male co-hosts." Eva Longoria raised the issue of E!'s gender wage gap revelation, too, as did Brie Larson and Julianne Moore. 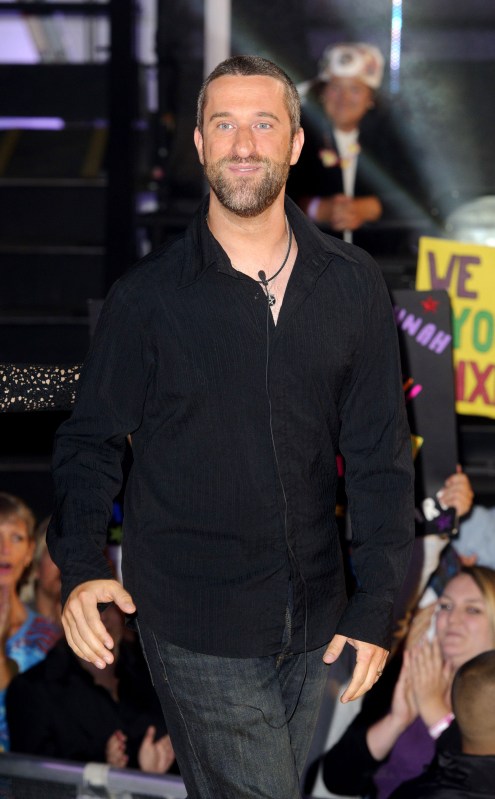 Up Next ICYMI in February