It was starting to sound like a money pit for a while there, but Kim Kardashian West and Kanye West's mansion in the Hidden Hills section of Los Angeles is now a major financial asset for the couple. TMZ reports that after years of renovations, drastic landscaping work and expansions, the home Kimye bought from Lisa Marie Presley for $20 million in 2014 is now worth $60 million, according to a recent appraisal. Granted, they reportedly dumped $20 million into the redesign before moving in at the end of last year. But the soon-to-be family of five is now another $20 million wealthier. The pad's new features include a music lab, a large addition to the master bedroom, a spa and plenty of closet space, presumably for all of Kanye's Yeezys — and none of Kim's jewelry .

With the holidays out of the way and Prince Harry and Meghan Markle's wedding still a few months off, the royal family is likely focused on another personal milestone this week: Princess Charlotte's first day of school. The term at Willcocks Nursery School begins Thursday, Jan. 4, according to its website. As of last month, the plan was for Charlotte, like her classmates, to attend a "stay and play session" with her parents on the first day. Assuming all goes well, the parents are then invited to leave their children while they get their feet wet in classroom life. Willcocks, Us Weekly reports, offers classes including poetry, pottery and French and focuses on the social and emotional development of the students, as well as their language and other skills. The program reportedly costs about $4,080 a semester. Charlotte is expected to attend the morning segment of the program, five days a week.

RELATED: The biggest royal moments of 2017

Shortly after he was fired from "Today" amid multiple allegations of sexual misconduct, Matt Lauer headed for his family's home in the Hamptons, where he was rumored to be focusing on his marriage and hitting the golf course. That plan may have hit a snag. According to the New York Post, the former "Today" anchor is not only still making time to watch the show, he's also allegedly offering unsolicited advice on production. The Post reports Matt has sent suggestions and critiques including a note to a producer telling the person they'd selected the wrong music for a segment opening. Though a network spokesperson declined to comment, the Post claims Matt's "missives have not been warmly received by 'Today' staff." (To be fair, these sound like better "missives" to receive on the job than some of the items Matt allegedly sent staff before he got canned.)

Looks like Liev Schreiber, 50, and 26-year-old former Miss South Dakota Taylor Neisen are still going strong. The pair was spotted sharing a bundled-up stroll in New York City on Wednesday, Jan. 3, according to the Daily Mail. The outing comes a month after Taylor joined Liev and the sons he shares with his ex, Naomi Watts, for a day of ice skating in the Big Apple. The new couple was "extremely affectionate with each other," a source told Us Weekly, adding that they were "hugging, holding hands and exchanging a peck on the lips." Liev and Naomi announced their split in 2016.

Diddy was once engaged for four hours

Diddy's been happily dating his girlfriend Cassie since 2007 and even when he was pressed by a fan on "Watch What Happens Live" a few years ago, he sounded reluctant to marry or or anyone else. That's not how he always felt, though. The Bad Boy Records founder stopped by "Ellen" this week along with his "Four" co-stars, DJ Khaled, Meaghan Trainor, music exec Charlie Walk and Fergie. When Ellen DeGeneres invited the group to play "Never Have I Ever," she got Diddy to admit some serious dirt. "Never have I ever gotten engaged and kept it secret," Ellen offered. As everyone onstage turned their cards to "I Have Never," Diddy turned his the other way. "Nah, I ain't going to lie, it was like for four hours," Diddy said (via BET). "It was for four hours. I honestly did. I was engaged for four hours and I kept it a secret for forever until now." On Andy Cohen's show back in 2015, he explained his marriage issues this way: "It's the whole thing of … I think you have to be ready for it because it's somebody else's heart involved. That's just a lot of responsibility and I don't want to be going to court and having somebody interfere in my relationship. So I'd rather just do the 'Goldie Hawn.'" Fair enough!

Whitney Houston's estate will only have to pay $2 million in taxes to the IRS after initially being told they owed $11 million due to under reporting the value of her assets. According to TheBlast, the late singer's estate agreed in court documents to hand over $2,275,366 to Uncle Sam. Whitney died in 2012 in what was ruled an accidental drowning.

As Emily Blunt gears up for her turn as Mary Poppins on the big screen, she can't help but think about the lasting impression her husband, John Krasinski, made as Jim Halpert on "The Office" from 2005 through 2013. "John is, like, 6'3″, and was playing the most approachable man in the world. So people will be, like, 'Jim!' Guys want to high-five him," Emily admits in the new issue of Vanity Fair. The actress, who recently collaborated on "A Quiet Place" with her husband of seven years, added that John's helped her find more meaning in her chosen career. "I am always under the impression that I have a silly job for a living," she says. "But occasionally you will run into someone who deepens your feeling about it. Sometimes people will say they had cancer and 'The Office' was the only thing that made their family laugh during that time. You realize when you are in something that really touches people that it does offer an escape."

Snoop Dogg has a model in the family. After the rapper and his son, Cordell Broadus, appeared in Philipp Plein's New York Fashion Week show in September, Cordell snagged a number of press ops during which he shared his plans to use modeling "as a branding platform" that could help him open doors to a future in film and "entrepreneurialism." Now, he's taken a key step in putting that plan into action. The 20-year-old recently booked his first campaign with MCM Worldwide and is set to appear in Kenneth Cole ads next month, according to the New York Post. He's also reportedly making strides towards his movie goal in the form of a short film for Kangol he's writing and directing.

Ariel Winter's relationship with her mother, Crystal Workman, may be beyond repair, but it sounds like all is well between her and her dad, Glenn Workman. The "Modern Family" star marked Glenn's birthday on Wednesday, Jan. 3, on Instagram, captioning a photo of the two of them from Christmas, "Happy birthday dad ❤️ thank you for being the best ever. I love you so much and am so grateful for you. 🎈" In 2015, Ariel emancipated herself from her mother. The 19-year-old actress' older sister became her guardian at the time. Since then, Ariel's mother has continually slammed her daughter in the press, denying the abusive behavior Ariel has said she endured growing up and making negative comments about Ariel's wardrobe choices. Ariel, meanwhile, posts regularly about her solid relationship with her dad. The two were spotted spending some quality time together in Los Angeles around Thanksgiving.

It's not a great time for rock. That's according to Bono, who covers the new issue of Rolling Stone. Asked whether he thinks there's a revolution in the works for rock and roll, the U2 frontman explains that while he's concerned teenage boys don't have the right musical outlet for some of their angst right now, he also believes we'll see strong music come back again. (What he thinks about teenage girls' anger remains to be seen, apparently.) "I think music has gotten very girly. And there are some good things about that, but hip-hop is the only place for young male anger at the moment –- and that's not good," he says. "When I was 16, I had a lot of anger in me. You need to find a place for it and for guitars, whether it is with a drum machine -– I don't care. The moment something becomes preserved, it is f—— over. You might as well put it in formaldehyde. In the end, what is rock and roll? Rage is at the heart of it. Some great rock and roll tends to have that, which is why the Who were such a great band. Or Pearl Jam. Eddie [Vedder] has that rage …. It will return. 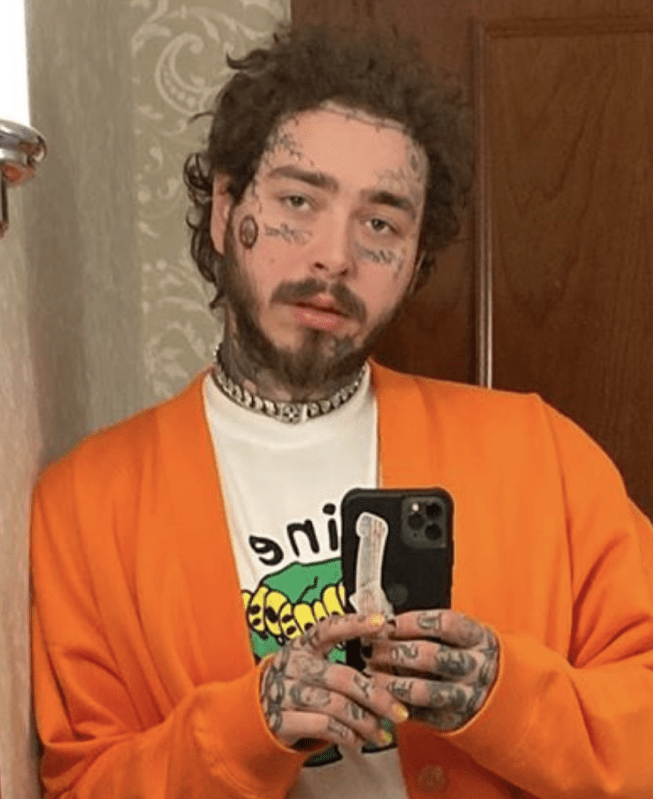