Rihanna brought a little danger and a whole lot of pink glitter to her Fenty x Puma spring 2018 runway show at New York Fashion Week on Sunday, Sept. 10. According to USA Today, the show opened with a BMX biker riding high above sparkly, rose-colored mountains that had been created on the stage before models showed off [pieces that ranged from oversized jackets to brightly colored workout gear and bathing suits to '90s-esque raver cargo pants and more. As the show came to a close, RiRi emerged on the back of a BMX bike and blew kisses to the audience as a driver zoomed her around the floor. It was the singer's second New York Fashion Week event; on Friday, Sept. 8, she debuted her Fenty Beauty makeup line, which offers makeup shades to match 40 different skin colors and tones.

Five weeks after they announced they were separating, Chris Pratt and Anna Faris seem to have found a rhythm when it comes to dividing time with their 5-year-old son Jack. On Saturday, Sept. 9, a smiling Anna was spotted walking with Jack by her side to catch up with friends and enjoy the sunny weather in Los Angeles. The next day, Jack stepped out for a stroll with his dad, according to the Daily Mail. When the couple split after eight years of marriage, they announced on social media that Jack would remain their main priority as they moved forward with navigating the end of their marriage.

RELATED: Meghan Markle talks about being in love with Prince Harry, plus more romance updates

Ben Affleck and Lindsay Shookus get cozy at the U.S. Open

Lovebirds Ben Affleck and Lindsay Shookus spent Sunday, Sept. 10, watching Rafael Nadal beat Kevin Anderson to win the 2017 U.S. Open and they looked more in love than ever. The couple spent much of the afternoon whispering, giggling and sharing kisses as Ben hugged Lindsay close to him, according to the Daily Mail. After the final match, the pair reportedly returned to New York City's Upper West Side neighborhood to enjoy a meal together. Ben's ex, Jennifer Garner, meanwhile, spent part of the weekend in her hometown of Houston, where she volunteered with Save the Children to help those still suffering from the effects of Harvey.

Kylie Jenner's infamously plumped pout is probably helping to sell her Lip Kit products. But as she tells a therapist on this week's edition of "Life of Kylie," her reasons for altering her pucker goes back to an experience that really hurt her. "I was 15 and I was insecure about my lips," she says (via E! News). "I had really small lips." She goes on to share how her first kiss was marred by a critical comment the guy made about her lips afterwards. "I took that really hard," she says. "When a guy you like says that, I don't know it just really affected me. I just didn't feel desirable or pretty. I really wanted bigger lips. I ended up getting my lips done." When the therapist points out how strange it is that someone's swords can sting the way they do, Kylie agrees, saying, "it sticks with you." Kylie finally admitted she had gotten work done in 2015, telling E! News she was "sick of" the speculation.

Kim Kardashian West turned heads when she arrived at Tom Ford's recent New York Fashion Week show wearing a skin-tight black PVC dress offset by platinum hair. The New York Post did a little digging and learned the dress was designed by LaQuan Smith for his fall 2017 collection and sells for $600 on his website. "It was definitely a big moment," LaQuan told the Post before his spring show over the weekend. "She actually purchased the dress, no fitting required, and has been a great supporter of the brand. I've dressed Kim at least eight times, along with Khloé, Kylie and Kendall. Kim is unapologetically sexy and the ideal LaQuan Smith woman." Kim previously went blonde for Paris Fashion Week back in 2015.

The Philipp Plein runway was all about Snoop Dogg's family at New York Fashion Week on Saturday, Sept. 9. The rapper's son Cordell Broadus. who recently gave up playing for the UCLA Bruins to pursue a career in modeling and entertainment, strutted his stuff in an edgy, all-black ensemble during the show, according to the New York Post. Later, Snoop's dad appeared on the runway showing off one of the designer's looks as well. "I'm just using fashion as a vehicle to open up more doors and opportunities for my entrepreneurialism further down the line," Cordell, 20, told the Post. "I want to executive-produce and star in my own movies. I'm going to use modeling as a branding platform so people can see my face and see my brain.I want to make movies like Marvel, and I want to tell stories. I want to do a story on my grandfather and his life because he's a Vietnam vet. He's got tremendous stories and life experiences." Cordell also admitted it was hard to tell his dad, a huge sports fan, that he was quitting football. "At the end of the day, you want to make your family happy, but more importantly I came to find out you should put yourself first and your happiness is the No. 1 priority," he said. "Ever since I made my decision, I've been tremendously happy and my family has supported me the whole way. It was pretty hard for my dad, but he adjusted to it and he accepted me for who I am."

Taylor Kitsch recalls sleeping on subway trains when he was homeless

On "Friday Night Lights," Taylor Kitsch's character Tim Riggins often found himself living out of a duffle bag thanks to his complicated family situation. Taylor's real life wasn't that different for a stretch of time after he moved from Canada to New York City. Speaking to Us Weekly at last week's premiere for "American Assassins," he confirmed there was a period of a few weeks where he slept on subway trains while he was homeless. "It was a blue train from downtown all the way up to 182nd and at night they'd change, they'd take longer, A, C or E.," he recalled. "Then I was in an apartment with no electricity or power or hot water for months." Back in 2013, he opened up about the experience to the Daily Mail, admitting he used his girlfriend's candles to light the apartment. "There was no furniture — just a blow-up mattress I borrowed from my same friend's girlfriend and I stole a cooking pot from a garage sale to boil chicken." He added to Us, "Oh, I had beats like that, but when you don't have a contingency, it's funny what you'll put up with," he continued to Us. "At the time you're not thinking that, you're just doing it and you're young."

Jim Carrey left E! News reporter Catt Sadler dazed and confused after their chat on the red carpet at Harper's Bazaar's ICONS event in New York City over the weekend. "There's no meaning to any of this. I wanted to find the most meaningless thing I could come to and join and here I am," Jim told Catt when she noted she doesn't usually see him at parties like the one they were attending. "They're celebrating icons inside, do you believe in icons?" she asked in an attempt to start over. Jim stood his ground, however, and continued to confound her. "Boy, that is just the absolute lowest-aiming possibility that we could come up with. I don't believe that you exist but there is a lovely fragrance in the air," he offered. Finally, she told him he "looked good" all dressed up. Jim's response? "'I didn't get dressed up. There is no me. There's just things happening. (This is) not our world. We don't matter." Welp. OK, then.

Growing up in 2017 definitely comes with its own set of challenges but Jenna Dewan-Tatum has a plan to protect Everly, the 4-year-old daughter she shares with Channing Tatum. "There [are] definitely apprehensions I have about raising a child in the new social media day and age. There's no guide book. We're starting to see now how that's affecting young people," she told People over the weekend. "Starting early and starting to build her confidence in her true authenticity and herself is important. Because then when the influences come in that will try and tell her, 'You're not great' and 'You're not amazing,' she'll have that strong sense of reminding." Jenna added, "I try and teach her to be an individual and find things she's good at … and facilitating these things so her confidence builds at a young age."

In the new episode of Viceland's "Epically Later'd" series about pro skaters, "Jackass" alum Bam Margera and his mom, April, open up about the bulimia he battled around the same time that his drinking became problematic. "When you're on camera a lot, people have a lot to say. He always wanted to have this very slim, slim look and a lot of it kind of happened when he became good friends with Ville Valo," April explains (via the New York Post). "[Ville] is the loveliest man ever, but he never ate, he just drank. I think Bam started sipping on a beer or sipping on a something because he like the way he looked." April goes on to recall how the drinking worsened alongside another self-destructive habit. "We would go out to dinner and then he would immediately excuse himself and go to the bathroom. I said, 'Are you throwing up?' He says, 'Yeah, yeah, sometimes I throw up and that way I'm not gonna get fat,'" April shared. "It really hurts me when people make comments like, 'You look like you gained some weight there. Hey, wow, Bam … you're looking like your dad.' I don't respond, but I feel like saying, 'He was drinking alcohol and he was bulimic and that's why he was thin.'" Bam, who is now sober and expecting a child with his girlfriend, says he started drinking around age 24 or 25. "Then the rockstar life and drinking spun out of control," he added. 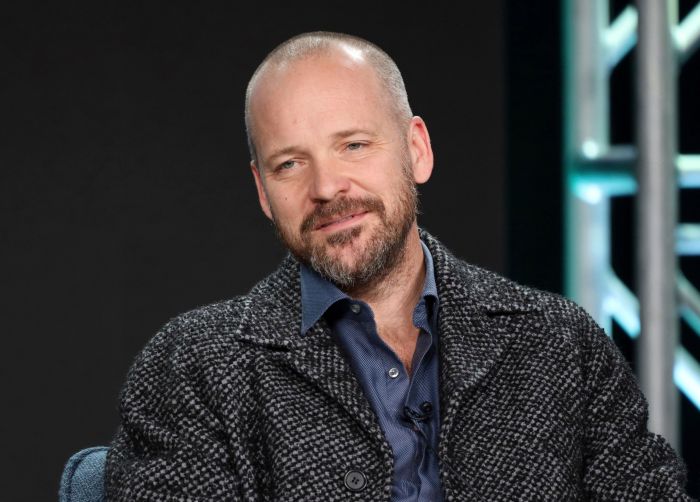