These two lovebirds are still in gush-mode. Blake Shelton snagged People's Choice Awards for Favorite Male Country Artist and Favorite Album on Wednesday, Jan. 18 and after a quick "thank you" to the usual suspects, he used the spotlight to compliment his girlfriend, Gwen Stefani. "I've got a lot of people to thank. All the people that voted for me. Thank you so much," he said, according to E! News. "And thanks the hottest date here tonight," added the smitten singer, "Gwen Stefani, who is sitting out there." A sweet sentiment and loving for hotness, especially when you consider the insanity of the blueberry fluffernutter Reem Acra situation that surrounded Gwen's otherwise flawless appearance.

Jennifer Lopez on PCA win: What fans do for me 'is priceless'

The People's Choice Awards mean a lot to Jennifer Lopez, who values her fans as much as her fans value what she does. "They get me through so much," Jennifer told E! News after being named this year's Favorite TV Crime Drama Actress for her work on "Shades of Blue." "I know fans are always saying all the things you do for them and how you help them get through things, but really what they do for me and what they do for people like me is priceless. … There's a lot of award shows every year, but honestly this is the one that in the industry I feel like everybody's like, 'I hope the people like me.'" J.Lo recently started shooting Season 1 of "World of Dance," on which she serves as Executive Producer as well as a judge. "I started as a dancer. That was my kind of first love that brought me into the business," she explained. "It's a struggle being a dancer. It's not an easy life. You do it because you love it. It's a passion thing all the way." Part of that passion stems from the knowledge someone will walk away from the show with $1 million. "Even if you work at the highest level … [dance is] not very lucrative," she said. "For me to be able to produce a show where there's an opportunity for one of them to win a million dollars or a group of them to win a million dollars, for me, was a big deal."

RELATED: Stars are nothing like us: Jennifer Lopez edition

Does Hilary Duff have a new man?

Guess her dating skills have improved. Just a few weeks after telling Cosmo she's "not a good dater," Hilary Duff spent the Martin Luther King Day holiday in Santa Barbara, California, with music producer Matthew Korma, whom she worked with on "Breathe In, Breathe Out." Their first stop was to grab coffee at Gasolina Cafe in Woodland Hills, where an onlooker told Us Weekly they sat close together with their "arms linked" and "kissed at one point" while chatting with friends. Later that day, they headed to the same hotel where Hilary spent her wedding night with Mike Comrie before announcing their split in 2014. "[Hilary and Matthew] checked in to San Ysidro Ranch on Saturday afternoon and stayed on the property until Sunday morning," a source said. "They went to breakfast on Coast Village Road at Jeannine's and then they took a stroll with their coffees. When they left, Matt was driving Hilary's car."

During her three tours in Iraq, Staff Sgt. Marlene Rodriguez suffered traumatic brain injuries from bombs that exploded near her and killed one of her soldiers. She was medically discharged and subsequently became the first woman honored with the 49th Chapter of the Military Order of the Purple Heart. Her bravery in combat has earned her multiple awards and decorations, but this week, it also earned her two gifts from one of her favorite actors. When Ford was presenting her with the Go Further Award, Dwayne "the Rock" Johnson suddenly appeared onstage with her, shocking the Rock superfan. He told her he wanted to take her and a guest to the world premiere of "Baywatch." Then he presented her with a customized yellow 2018 Ford Mustang. The gifts, the Rock told Marlene, were "because of everything you've done and everything the boys and girls you've served with have done." When Marlene said, "I don't deserve all this… My soldier does. He gave his life, you know?" the Rock pointed out that her fallen peer probably would have wanted to see her "rolling around" in the whip. Later, a visibly emotional Rock told ET Canada, "I will never forget this moment for the rest of my life."

Connie Britton, Benjamin Bratt and Maria Bello are among the celebs slated to speak at Chelsea Handler's Women's March on Main event in Park City, Utah, on Saturday, Jan. 21, according to the New York Post. The march, which coincides with but is not affiliated with the Sundance Film Festival, is being organized by Chelsea and other committee members in conjunction with the Women's March on Washington, which has inspired a national and international proliferation of similar events in solidarity with its mission of promoting women's rights after Donald Trump's inauguration. Judging from her Twitter feed, Chelsea's other main pre-inauguration activity has been perfecting topical one-liners ("Trump's inauguration will be protested in all 50 states and 32 countries, making this the highest attended 3 Door Down concert to date") and hooker jokes ("Trump hopes Democrats boycotting the inauguration will return their tickets. He's got a boat of Russian prostitutes he promised a +1 to").

The legal battles that lingered after Ciara and Future's split are over. According to TMZ, their 2-year-old son Future is not longer the subject of contention now that they've agreed both parents will share custody going forward. Given Future's plans to go back on the road, the site reports the toddler will be with his mom more than his dad in the coming months and the case has been dismissed. In October, Ciara dropped part of her defamation lawsuit against her ex; she dropped the whole thing earlier this month.

From May 2010 through January 2014, Alanis Morissette's then business manager Jonathan Todd Schwartz stole close to $5 million from the singer. The New York Post reports he recently admitted he'd embezzled Alanis' money as well as funds that belonged to two other clients for a grand total of $6.5 million. He's said he will plead guilty to charges of wire fraud and filing a false tax return.

John Legend and Chrissy Teigen talk show in the works?

Way to get our hopes up, Star. A new report from the tab claimed John Legend and Chrissy Teigen were making moves to pitch their own daytime talk show, a "family oriented," celeb-centric project that would feature their famous guests' kids. A source close to Chrissy and John has dismissed the story as false, according to GossipCop. Dislike. 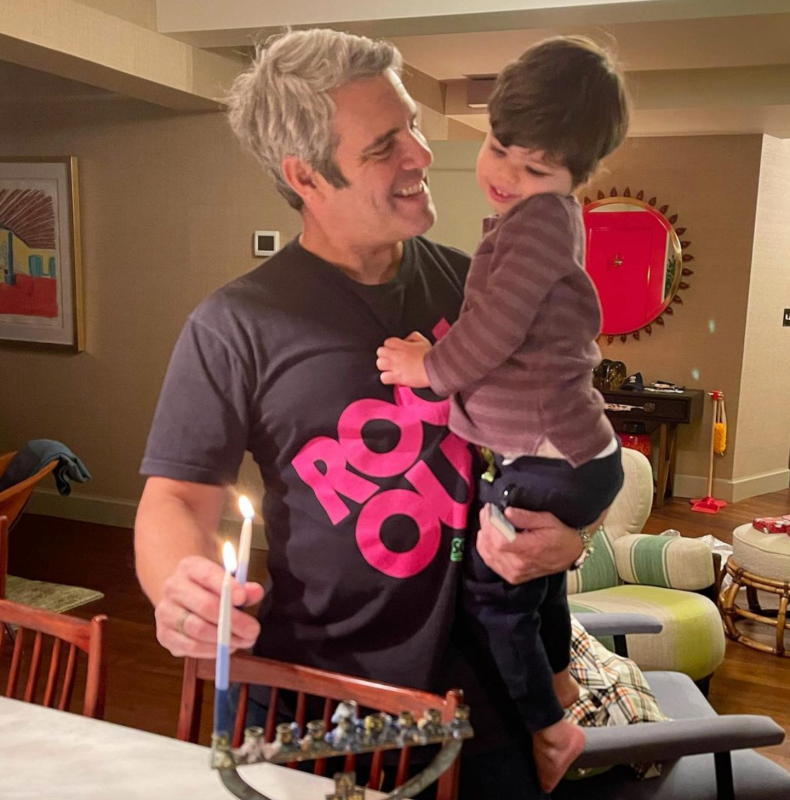 Up Next Happy Hanukkah!

See celebs getting into the holiday spirit in 2021: Hanukkah, Christmas and more